A binge on the backlist - who I'm reading right now! 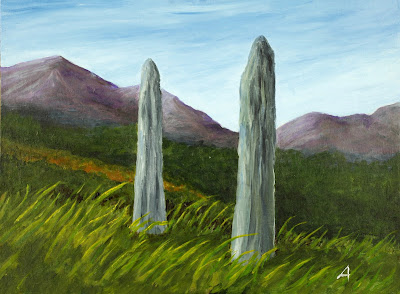 When I find an author I love, I’m a binge reader. I’m reading my sixteenth or seventeenth Phil Rickman novel at the moment. I’ve lost count. I began with the Merrily Watkins series as recommended to me simultaneously by a couple of friends. This was before the television series, which I didn’t watch, because by the time it was shown, I had very definite ideas about the characters and I didn’t want to interfere with them. I enjoyed them all, although they did grow very dark towards the end of the series, almost too dark for me. And Jane, Merrily’s daughter, sometimes irritated me to the point where I wanted her to meet with a sticky end. But these were minor matters and I was never going to stop reading. From there, I moved smoothly on to Rickman’s backlist, novels written and published in the 1990s, big, meaty books, right up my street: earth mysteries, witchcraft and the supernatural, folklore, custom and belief, the occasional murder, but all told brilliantly – what a wonderful storyteller this author is!

I find myself racing on, late into the night. And I’ve been reading these books at the same time as I’ve been writing a fairly hefty and demanding new novel myself. But they’ve been just what I’ve needed to take my attention away from my own obsessions. I generally read in the evenings, or – especially when I’ve been writing late into the night – in bed for an hour or so before falling asleep. Every time I go back to one of Rickman’s books it has been a sheer pleasure, the kind of excited anticipation that you only get with a good book.

Once you’ve come to the end, you just want to move smoothly on to the next.

The thing is, though, that I would never have been able to do this without Amazon. Well, I would. But it wouldn't have been easy. I’ve read all of these books on my Kindle, and with the exception of a single short story that I ‘borrowed’ with Kindle Unlimited, I’ve bought them all, steadily, one after another and sometimes two or three at a time.

I checked in one of my local bricks and mortar bookstores last week – I love this bookstore and visit it and buy from it – but they had only one or two Rickman novels in stock as far as I could see and none of that dense and wonderful backlist. I know they could have ordered paperbacks for me but that would have been an expensive business and I would have rationed myself. Or I would have thought better of it and moved on to another author. The simple fact is that we can't all afford to spend as much as we would like on books.

Most of my purchases were made in that frame of mind where you’ve finished a great book and want more of the same and you want it NOW. They were made late at night when I had come to the end of one novel, heaved a sigh of satisfaction, clicked on that little cart on my beloved Paperwhite and bought a couple more, just to be on the safe side.

I don’t blame the bookstore for this. They only have the shelf space to accommodate the backlist of a handful of starry authors. I still love them, still browse and buy from them (and drink the occasional coffee there as well). But when I’m absolutely addicted to a writer and want to binge, it’s Amazon I’m going to turn to. And when I think about that as a professional writer, I would be crazy if I didn’t want other people to do something similar with my own work - even though I have nothing like Rickman’s amazing backlist.

I don’t know which book to recommend most. I liked Night After Night best of all, but it's the second or third book involving a few of the same characters. You don't have to read them in order, but it's more satisfying if you can. Rickman clearly becomes fond of certain characters (so does the reader) and continues them into new and different series and mini series. The novels are scary, but not revolting in the way some crime novels are revolting – or at least I don’t find them so. The supernatural elements are well handled and believable. The characters are likeable and the villains suitably villainous. The landscapes sing off the page. You’ll want to visit these places if you don’t already know them. And he really knows his stuff where folklore, custom and belief are concerned.

So I can recommend them. But unfortunately, the end is in sight. I've almost read them all. He has a new novel coming out soon. Will my backlist binge last until the new book is out? Well, probably. But after that, I’ll have to move on, find another writer to satisfy the urge.

I seem to remember that I had a mini binge on China Mieville some time ago. Then I got distracted. But I see that there are a lot of his novels I haven’t read yet. Which cheers me up no end. And a television series of The City & The City - one of the best novels I have ever read - is planned, which doesn't cheer me up at all, because I can't understand how anyone could ever squeeze that amazing novel into the constraints of television. I'll probably stick with the novel.

So tell me - what books do you binge on? And whose backlist have you found irresistible?

Terra said…
This is my first visit here and you have entranced me with this info on Phil Rickman, how could he have escaped my notice? I will buy The Wine of Angels. My current new binge reading this year is the fabulous Anthony Trollope; I read 7 books by him this year, and am reading an 8th currently.
November 22, 2015 11:58 pm

Catherine Czerkawska said…
I was the same - couldn't understand why I didn't know about Rickman, once I'd started reading his novels. And oddly enough, I had a binge on Trollope last winter! He'd been the 'one that got away' for me, and I was so pleased to discover how much I loved his novels.
November 23, 2015 7:17 pm