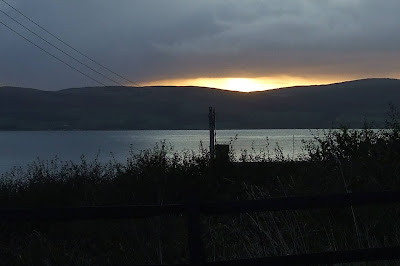 Yesterday the hideously xenophobic nature of England became all too clear. I don't often make political posts on here, but the deaths of 27 refugees in the English Channel elicited the kind of response on social media that made me, the daughter of a refugee myself, feel a deep despair for the country where I was born.

I can't see any way back for England now. I just can't. Scotland has a slim chance. That's about it.

These were human beings like us, with hopes and fears. Every single person alive today in this (dis) United Kingdom is descended from an economic migrant. That means you. Even those of you proudly proclaiming your Anglo Saxon and Viking roots. Economic migrants all of you, searching for a better life. Without them, you wouldn't be here.

These were refugees. They aim for the UK because their second language is English. We take fewer than any other European country. Many of them have relatives here. Many of them are young men, because few want to send elderly women and children across a continent in search of a new life. Some young families risk it. But who wouldn't, if they could, send their sons ahead, hoping for their safety and the possibility of a home and a future?

What surprised me was that the very worst, the most racist, most disgustingly inhuman comments were on Facebook, rather than on Twitter, which generally tends to have something of the bearpit about it. Mostly they came from older men and women. A few were quite obviously bots. It's a fair bet that if you misspell country, but get all the long words right, you're not posting from the White Cliffs of Dover. But far too many weren't. Far too many were people who would otherwise consider themselves to be fine upstanding human beings.

Dehumanizing others leads to catastrophe.

Perhaps if the refugees dressed up as cats they'd meet with a bit more sympathy from the denizens of Facebook..