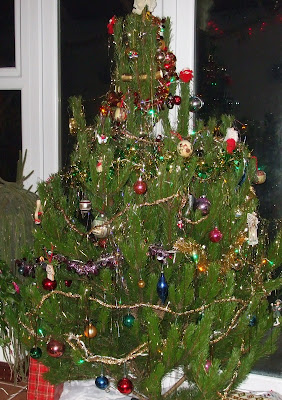 Just launched my nice new website, here, designed and built by Ayrshire company, Paligap  I'm delighted with it, although it has certainly taken me long enough to get around to commissioning it! And I'm well aware that an out-of-date website is worse than no website at all.

Paligap built my first site many years ago, when they too were just starting out - I remember visiting them, two pleasant and enthusiastic young men, in premises tucked away down a little back street in the town of Ayr. I was very happy with that first website, but as time passed, my work changed. I thought about changing the site too, but I couldn't justify the expense to myself, in view of the fact that I wasn't at all sure any longer what I wanted it to say! So I concentrated on blogging, while I thought about it, and wrote, and then thought about it all some more.

Paligap, meanwhile, expanded and grew. They moved to nice new premises, and then - more recently - to even nicer premises in an old but very distinguished part of the town. And they gained some very distinguished customers in the meantime. (They are still a very pleasant, friendly company to work with though!)

And I went through a succession of changes in my working life, what I wrote, what I wanted to do with it, where I wanted to go with it. The single biggest change, though, was signalled by two things - the collapse of the mid-list as far as conventional publishing was concerned - and the advent of 'indie publishing' - the possibility of publishing work directly onto Kindle and other platforms, avoiding the increasingly complicated strings of gatekeepers which had interposed themselves between the writer and his or her readership. Suddenly, there was a very definite possibility of getting the work out there instead of spending years and years rewriting it to the demands of an increasingly prescriptive industry - and that came like a wonderful breath of fresh air.

I've written about that change more fully elsewhere, especially in the Scottish Review, here - where you can read a longish essay about the concept of the mid-list - what it is and what has happened to the writers who belonged there. Just as I was assembling ideas for my new website, I read a wonderful little book called How I Sold 1 Million eBooks in 5 Months (I know, I know, we should all be so lucky!) - but it's a lovely, entertaining, useful book, full of bright ideas. And the biggest, brightest idea of all, the best piece of advice - although there's a lot more, you should buy it - is that the writer should spend time thinking about/focusing on/building a relationship with his or her readers.

Fortunately, enlightenment came just in time for me to make a few changes to my new website (thank-you John Locke!) and it's now aimed fairly and squarely at readers, or potential readers. Which is just as it should be.

Meanwhile, this will be my last post before Christmas - so let me wish all of you a very happy and joyful holiday season - and a very successful 2012.
Christmas Indie Publishing Kindle Paligap Websites