Writing Resolutions for 2012: Just Do It! 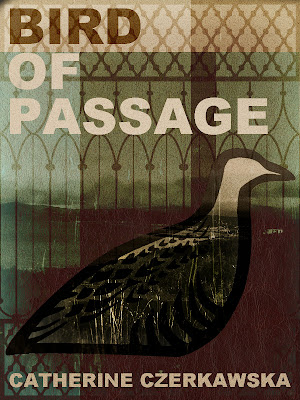 First of all, let me wish a very happy and productive 2012 to anyone reading this blog - and I know that includes a number of writers of all ages and stages. (Don't you just hate the term 'budding writer'?) so let's hope at least some of that productivity relates to writing and publication, indie as well as conventional.

I finally published my new novel Bird of Passage to Amazon Kindle, between Christmas and New Year. I'd fully anticipated getting it 'out there' in time for Christmas, but in the event, a string of minor edits, and then the Kindle formatting, meant that it proved even more time consuming that I had anticipated. But then, where writing is concerned, just about everything does!

I was amused to see somebody on a book forum the other day, blithely pointing out that since it should be 'easy' to write a thousand words a day, it should be equally easy to finish a novel within three months. Well, it's possible, and some people manage to do it. They tend to be experienced writers who are very sure of the genre in which they are writing - and sure of their own skills in that genre. (Or complete beginners, who are too inexperienced to know how little they know!) But when it's the former, the results can be very good indeed. However some novels take years to write and those results can be very good indeed too. As usual with writing, there are no right or wrong answers and the only certainty in this business is that anyone who tells you that there are, is certainly wrong.

Still, at this time of year, it's worth pondering the value of writing something every day, or almost every day, even if it's not a thousand words. The truth is that sometimes it will be much less or nothing and sometimes it will be much more - three or four thousand words if you're on a roll - but the one thing that you can be pretty sure of is that if you want to 'be' a writer, you have to - er - you know - write something. I know this sounds daft, and I'm pretty sure that none of the followers of this blog will be culprits, but I have - over a long writing career - met a surprising number of people who are forever claiming that they 'want to write' but when push comes to shove, they don't actually do it. I don't mean writing well. I mean the act of putting one word next to another on paper or on a screen.

They will have many excuses, but lack of time is always number one. I know this because it's an excuse professional writers use all the time - I do it myself. 'I didn't finish this or that project because I didn't have time.' It's not true. It usually means that I wasn't committed enough to the project in question, or got bored with it, or realised it wasn't going anywhere. If you really want to write (and you have to want to write something, whether it's poems, stories, novels, plays, or a blog,) then you will beg, borrow or steal the time from somewhere. I have friends who have worked full time at the 'day job', brought up children, looked after sick relatives and still managed to grab a few hours each day to devote to their writing, sometimes in the early hours of the morning, sometimes very late at night, sometimes by just pulling the occasional all-nighter and soldiering on through next day's fatigue.

Many years ago, when I was 'budding' myself (yeuch!) a distinguished writer replied to one of my fan letters that 'the only way to write is to write.' He was right, of course. The only way in which you can call yourself a writer, whether in bud, or in bright green leaf, is to DO it.  It's only by doing it that you can actually find out what you want to write, what form you want to write it in, and whether you actually have anything interesting to say. You may start by 'wanting to write' poems, so you do it, and find that actually, your poems are more like short stories. So then you write short stories. You may try your hand at writing short stories and find them full of visual images and dialogue, and wonder if you could write plays as well. The truth is that most writers play about with different forms, seeing where they want to go.

But in order to come to any realisation about the form that might suit you, as a writer, you have to give it a go in some shape or form. I think for many people, though, there's an element of fear involved and I suspect that the internet, which is crammed with opinionated people (like me, so sorry!)  has hindered rather than helped. Being judged for something so personal is scary. Being told what you ought to be doing by screeds of people is singularly unhelpful. Our first ventures into writing are generally quite tender little seedlings and it's all too easy for them to be trampled under foot.

As with so many things in life, a great many people prefer to say 'I could have been a contender' rather than having a go at something, and - possibly - failing. But I've news for you. Nobody who attempts any form of creative endeavour, ever believes he or she is good enough. Every single writer, including highly successful professionals, goes through agonies of self doubt. And we've all failed. Often. It doesn't make us stop writing though. We write because it's a kind of compulsion. An addiction. We can't help ourselves.

But if you make any New Year resolution about your writing, let it be not to put yourself down before you've even started. Ignore your own doubts. Get yourself a nice notebook and doodle in it: poems, ideas, words, phrases. Or set up a blog (here on Blogger - it's free and easy!) and resolve to write something, anything, once a week.

Stroppy Author said…
Yes, it's the only way! The best advice any writer ever gets - write something.

Catherine Czerkawska said…
Thanks! And it's a nice cover, isn't it. Young digital artist called Matt Zanetti - it wasn't quite what I expected when I gave him the brief, but I loved it anyway.
January 04, 2012 1:17 pm