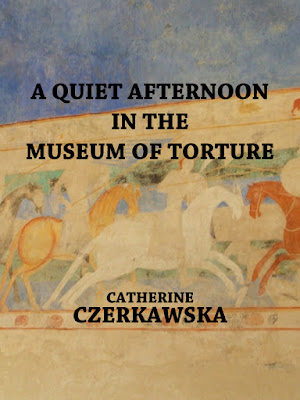 I don't know about you, but I'm a great maker of lists. In fact I have a folder on my PC titled Catherine's Lists. It contains documents such as a To Do List (work) a To Do List (other) an ongoing Shopping List and a Gardening List.  Before Christmas these were joined by Gift and Card lists. After Christmas, these were replaced by lists of all the little things I hadn't done over the holidays, but now needed to tackle. And now that most of these are out of the way, I'm about to embark on a massive promotion list for my eBooks. And then, of course, there's a publishing schedule to consider as well. Arguably, the most important of the lot.

There's even - I kid you not - a Mega List, which is a sort of list of lists.

And while I'm in confessional mode, I have to admit that I have been known to ADD things to my lists that I have already done, just for the pleasure of being able to cross them off!

My sister-in-law told me last year that she never ever makes lists and never has done. In fact it was plain that she couldn't understand why I would need to. Which makes me wonder - is the world divided into list makers and - the others. And how on earth do they manage?

There have been times when I've decided to go cold turkey and do without the torture and tyranny of my To Do lists. On average, I've lasted about two days. The only time I really do without them is when we go away on holiday. This doesn't work if we're going abroad, because the week before departure is spent in such a frenzy of list making and checking that I need a few days to recover. And before I know it, I'm making a list of all the things I'll need to do when I get home again. But if we're having a few days' blissful break here in the UK, I can manage to be relatively list free, and the relief is exquisite. Unfortunately, by the time we're through the door the lists are crowding my head again.

Yoga helps. Still your mind, our teacher says, and I find that I can and do. And  I once bought a book on Time Management which was so list obsessive that even I baulked at dividing my day into ten minute segments and listing what needed to be done in grids. So maybe I'm not that bad after all.

I did consider making a New Year's Resolution to cut down on my list-making, but by the time I had added a few more ideas,  I actually had a list of resolutions, top of which was not making too many lists.

So do they help, all these lists?

Well, I get a lot done. I feel organised.  And when I'm in the middle of a writing project, a book or a play, it seems quite important to make some kind of schedule and try to stick to it - otherwise it's all too easy to let other things get in the way. You have to learn to prioritise when you're a writer and making lists is definitely one way of working out what's essential and what's not. Although I have to say that when you're on a roll, deeply absorbed in writing or revising, all the lists go by the board, and you do almost nothing else but write, eat, drink and sleep!

Meanwhile, it's rather nice to find yourself on other people's lists sometimes, like this one, by Brendan Gisby on Amazon, and this one as well ! Thank-you Brendan!
list making novels writing

Avril said…
Lists have often saved my life! I couldn't do without them when I was working as a Senior manager in the prison service under what felt like huge pressure and I wrote a final list at the end of each day before going home. Like you I got lots done! I think they are a great organisational tool. Now I still make lists but I just find the things on them are so much more the things I want to do: Kindle that book, edit the story, collect those poems etc etc
January 24, 2012 10:41 am

Catherine Czerkawska said…
I do agree, Avril! And you're right that some lists are nicer than others - I love the lists that are full of things I enjoy doing and am quite happy to anticipate the next project while I'm still working on something!
January 24, 2012 11:13 am