To My Readers - Wherever and Whoever You Are 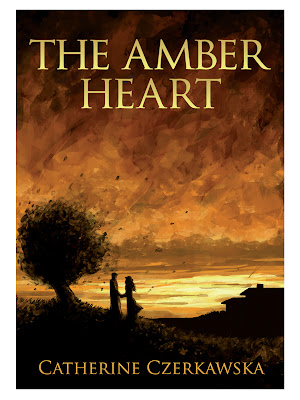 I don't mean the writing. I think the writing is probably as good as I can make it. Which is not to say that it doesn't have faults. I started my self publishing (ad)venture just over a year ago, but I've been writing, more or less successfully, for decades. And if that makes me sound old, it's because I'm ... old-ish. You can read about some of that writing history on my website, here.

The age bit is important only in that it has made me focus on the horribly swift passage of time. Publishing involves a lot of waiting, even when you have an agent.
Here's how it goes.

You wait for your agent to respond to your novel. He says he thinks it's wonderful, (yay!) but still sends four pages of suggested changes. You burn the midnight oil on rewrites.
Time passes.
He sends more suggestions. You burn more midnight oil and drink more coffee and hit 'send' on the rewritten version.
Time passes.You start something new. You wait. You become paranoid. But no news is good news. Right?
Three months later, you send a tentative email asking what's happening. He says he has been busy but he has asked a colleague to read the book.
Time passes. You carry on writing.
The colleague suggests drastic changes. Even your agent seems a bit phased. You throw a small wobbly, but because it has rocked your confidence you go over the whole thing for the zillionth time and make some more changes.
Your agent bites the bullet and sends out your novel.
Time passes. You carry on writing.
It is just before/during/after a major book fair and they are all busy. It is summer and they are away on holiday. It is autumn and they are involved with the run up to Christmas.
Time passes. You carry on writing.
Your novel finally manages to slide through one of the narrow windows of opportunity.
But the editor is busy so she farms it out to an intern.
Time passes.You carry on writing.
Finally, your poor, tired old novel creeps exhaustedly under the wire of editorial indifference.
The editor reads it. She says she loves it.
But she must consult elsewhere.
Time passes. You carry on writing.
Weeks later, she reports that she can't carry the sales team with her in the current climate.
Don't worry, says your agent. You worry.
Lots and lots of time passes. Lots of editors send you a series of ever more rave rejections.
You strike it lucky. You get a deal. You are demented with joy.
But, says the new editor, it needs some serious rewriting.
You burn the midnight oil. You drink more coffee. You hit send on the trillionth draft.
Then, the publishing schedule kicks in.
You wait two or three years before the book is in your hands and on the shelves.
Time passes and your life with it.

You can see how age becomes an issue, can't you? Well, it did for me, last year. I found myself with several completed and almost completed novels. People were telling me they wanted to read them. People I respected (editors included) were telling me they were good. But there was no deal on the horizon and it struck me that even if there was, the wait would be a long one. 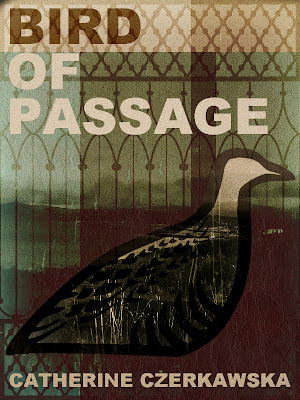 So I decided to self publish on Kindle: three full length novels so far, as well as some short stories and a couple of play scripts. There are more to come: two more novels with another work in progress. I got through a lot of writing while all that time was passing! One of the books, The Curiosity Cabinet, had already been published in the usual way, but two of them are new. I've lived with these characters by day and dreamed about them at night. It's a lot like being in love: that same intense, obsessive interest, the way you can't get the beloved out of your mind. Their dilemmas kept me awake. Their joys made me smile and their tragedies made me cry. 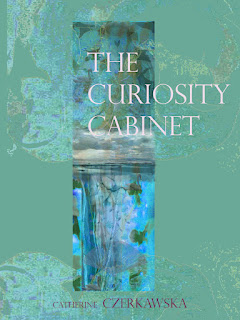 So what do I mean when I say I 'could do better' ?
Well, I think it's this.
Writing is a solitary job, so most writers like to chat to other writers. Who better than another writer to understand where you're coming from - or where you wish you were going? We used to do it at conferences and meetings. We still do that. But now, we do it online as well.
Which means that sometimes, we find ourselves ignoring the people who really matter. And that's you, dear reader. You.
Naturally, our fellow writers do a lot of reading, so in a way, they are our readers too.
But I've begun to realise that I spend more time talking to writers about writing, than I do talking to readers about reading.
Yet as a reader, I love listening to writers talking about what inspired their books, where the ideas came from, what they feel about this or that character, what made them write the way they did, and why. I don't necessarily want to know about the nuts and bolts of it all. I just want to know more about the world of the book and what went into creating it.
As a writer, it's so lovely, so genuinely moving, to read reviews from completely unknown readers. It isn't just the praise - although that's nice too, of course, when it comes! But it's the feeling that somebody has 'got' what you were trying to say, that somebody has understood in a very special way, has been able to enter into your imaginary world and share it and take pleasure from it.
I know not all writers agree with me. I know that if most of us are honest, when we're actually writing, we don't think about our readers much, because we're too engrossed in the story and that makes us selfish.
But quite soon after that, the reader becomes very important indeed. Talking to people who have also been engrossed in the story, is one of the things I love most about this weird and wonderful job called writing .
I think I need to do more of that and I think I need to do it better.

Unknown said…
Oooh, your phrase about rave rejections struck such a chord with me! My agent is sending my current novel around at the moment, with responses precisely as you describe them. It was the same with my previous novel, so I'm seriously considering going down the self publishing wrote myself and shall watch your progress with breathless interest! Wishing you the very best of luck x
May 24, 2012 3:00 pm

Catherine Czerkawska said…
I cannot tell a lie! It was my colleague Maggie Craig - a fine writer - who first came up with that term in a piece she wrote about this phenomenon a few years ago, but so many people identified with it that every writer I know seems to be using it now. Somebody said to me 'are you sure they don't just say that to make you feel better' but I had to point out that it definitely isn't something editors do! If they don't like a book, they will say so. Good luck, whatever you decide to do.
May 24, 2012 3:40 pm

Karen Jones Gowen said…
Hi Catherine. I've followed your blog for some time but usually as a lurker not a commenter. However, I must leave a comment on this post as it so very well capsulizes the time issues that have driven many to self-publishing. I'm doing a post today on traditional and self-publishing and I'd like very much to link to your post if you don't mind.
May 24, 2012 5:54 pm

One thing I'm sure many current writers are taking too seriously, and misunderstanding completely is Hemingway's dictum. "Kill your darlings."

They are killing and slicing off decent characters right at the end of stories, for no discernible purpose I can spot.

They're doing it on TV and in the Movies too. It's WRONG, and they haven't read what Hemingway actually said, still less do they have any clue of what it means.

Catherine Czerkawska said…
I hear ya!
I've killed off a couple of characters, better not say which, but only because it seemed right at that point in the story. And I sometimes cover whole lifetimes! I know what you mean though. And on the whole, I keep reading novels where the ending is less than satisfying. You suspect that somebody other than the writer has got their paws on the manuscript. Best novel I read last year was a book called Gillespie and I, by Jane Harris. Jaw droppingly good ending. Utterly brilliant. Can recommend.
May 25, 2012 6:34 pm

Avril said…
It took me several books to realise how important the reader was. I think when we begin on our writing journey it's hard to do anything other than immerse ourselves in the writing but there comes a time when we must consider the reader's experienc of what we've written. Writers need readers and I am with you totally on the need to spend more time with our readers and less with other writers much as we love them! I wish more publishers would use readers too!
May 28, 2012 5:10 pm