Piracy and Pricing: A Hot Topic. (And I don't just mean Johnny Depp) 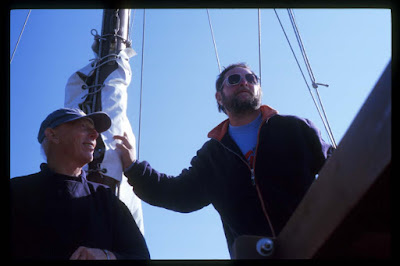 I've been thinking about opening this particular can of worms for some time, but have held back, mostly because some of my friends have very definite views on the topic, and I know it's contentious. Some of the arguments on Facebook become so heated that the screen practically explodes. Also, I can see both sides of the debate.

Somewhere online, there's a BBC Radio Play of mine which has been streamed by a pirate site. It's a play called Tam O' Shanter, and it was broadcast to mark a Burns Anniversary. You can download it for free, if you like. People occasionally get indignant on my behalf but I find it very hard to get hot under the collar about it. I've been paid for it, the BBC are never going to repeat it and if they do decide to repeat it on 4 Extra, my share of the dibs will be unbelievably tiny.

When my son's video game development company, Guerilla Tea, recently released their new game, The Quest, onto various platforms, they remarked that it was being pirated almost as soon as it was released. They didn't seem too bothered about it. Not half as bothered as most writers are when their books are pirated in foreign parts. Not half as bothered,  if I'm honest, as I would be if my novels were pirated.

Now most writers seem to think that the comparison is bogus, since a small and inexpensive video game download is easily made. They've bought into the media's fondness for tales of the geeky - but mythical - teen working alone in his bedroom, to develop a prizewinning game.  In truth, it takes several people many months or even years of hard work and is almost certainly the equivalent of a novel, perhaps more than a novel, since the developers need expensive software in order to be able to release the game onto certain platforms. So why are the GT lads far more laid back about piracy than me and my writer friends?

'There's no way it equates to lost sales,' one of them told me. 'The people who are downloading pirated copies are never going to buy it anyway. If they were, at this low price, they would just buy it. And it certainly helps to spread the word.' I'm told that developers have been known to contact the pirates to say 'cool - but if you play it and like it, give us a positive review.'

The key here seems to have something to do with price. Cheap mobile games are the norm. Overly cheap books tend to signal 'amateur'. And perhaps the markets are simply smaller. The evidence within the games industry suggests that if you won't buy a download for 69p, with the possibility of upgrades and support, ('added value') you're not going to pay for a download at all. With conventionally published eBooks often sold at such high prices, piracy may well make a difference. Although the same logic may apply. Piracy will have no effect on sales since those who pirate would seldom if ever pay £9.99 for a download. Which leads me to another thought. Neither would I.  £5.00 is my cut-off for a download. I've paid more than that but only very occasionally.

Publishers can talk till they are blue in their collective faces about the associated costs, but the fact remains that in a world where you can download a complex game which has had to meet certain criteria, for a couple of pounds, and an album for a fiver, very few people are going to be persuaded to pay more than that for a book. Indie publishers have taken this on board. Actually, many indie publishers do charge too little. The 99p book - unless it's obviously short, or very light - a novella, a handful of stories, a guide to something or other, a small collection of essays - is beginning to stand out as the work of a rookie. £2.99 or £3.99 is low enough for an impulse buy - not much more than the price of a latte - not so steep that you back off and think about it. (Which generally means that you won't buy it.)

But there's no use in us digging in our heels, taking a moral stance, screaming 'death to all pirates' and refusing to engage with the world as it is. They may well be thieves and vagabonds but when you're in the middle of the ocean with no gunboat in sight, you'd better have an alternative strategy, because shouting at them to go away is never going to work.

One possible solution may be to add value, just as video game developers do. There's a fashion for wailing 'but authors can't do this!' But if you stop and think about it, authors can and already do engage with their readers. They write interesting (and free) blog posts about the background to their books, they have Facebook pages, they give readings and talks, they do reviews and make recommendations and tweet about all kinds of things. These are the extras that will make your potential reader click on the purchase button. If they prefer to download from an illegal site, with all the added hazards to their own PCs or laptops, then they were probably never going to be a paying customer anyway.

What do you think? But let's have a nice clean fight, shall we?

CallyPhillips said…
For some reason I thought I might disagree with you when I started reading the post, but hey, I find I agree with everything you say. (I think we may both have moved to some middle ground over the past months)As re pricing for ebooks (my central concern) I do think that £2.99 -£3.99 is a FAIR price and that the cheap as chips MAY be excellent but can easily be misconstrued as amateur time. We have to tread the line between showing we are selling something which DOES have a value and a marketplace awash with FREE STUFF. As for piracy. We can't do a damned thing about it except NOT publish so we just HAVE to live with it and not stress. There's a lot of people in the world and hopefully enough of them understand that paying for an ebook is A GOOD thing to do. Well said Catherine.
May 02, 2012 8:39 pm

Weekend Yachtsman said…
"'The people who are downloading pirated copies are never going to buy it anyway. "

This is the point that Microsoft never seem to take in. If there are umpty-squillion pirated copied of Windows circulating in China, that emphatically doesn't equal umpty-squillion lost sales. It maybe equates to a few hundred.

I disagree entirely that Johnny Depp is hot. I dunno wot you gals see in the big popinjay:)

As regards the rest, yer bang on, as usual. I just wish Amazon and the rest would get rid of the DRM, loathsome nonsense that it is.

Weekend Yachtsman, Windows OS would not be pirated if it was $30 a pop.

Rosemary Gemmell said…
Excellent post, Catherine (and I do like Johnny Depp!) I do agree that some ebooks are being priced way too low and that's making reasonably price books (under £5) seem too pricey in comparison. But perhaps readers do sometimes equate the cheaper price with inferior quality?

On the other hand, the practise of giving away a free ebook now and then does seem to work well for lots of authors and I'm sure it gets their names out there - just as it does with those pirated copies. I think you've taken a balanced viewpoint.
May 03, 2012 10:05 am

Catherine Czerkawska said…
Thanks all! My husband would agree with you about JD, Brendan - he can't see it either. Nor can he understand about David Tennant or Gerard Depardieu. Rosemary - I agree about the freebies. Cally is currently doing a statistical analysis of Authors Electric's recent mass giveaway. On the whole, I'll certainly be trying it again. And I think pricing is something we have to be careful about - I'm with you there, too.
May 03, 2012 10:18 am

Charlie said…
From a game development perspective, rather than asking "what can I do to stop the pirates?", you should be asking "what can we do to make you buy our next game?".
People who download pirate copies of anything do also spend money on legitimate copies.
Interestingly, games are moving towards a freemium model, where you download the game for free and spend money from within the game, to buy additional content. It's very effective but you really have to hook the audience from the get go as they have not invested anything in your product, so are more likely to give up on it after about 3 seconds... No seriously!
September 05, 2012 9:57 am