The following is reblogged from my April post on Authors Electric. I thought it was something worth repeating here, on my personal blog,  because the links may be useful to other writers while the idea of some writers doing all kinds of writing, published and produced in all kinds of ways, not just a particular genre or a particular form of publishing, may be interesting to readers as well.

Hybrid is, apparently, the new buzz term. 'You're going to be hearing about hybrid writers a lot soon,' remarked a colleague gleefully. Actually, the term was first invented (I believe) by the excellent Bob Mayer, some time ago but my colleague was absolutely right, and I already had been reading about it here, there and everywhere. I noticed it because I rather like the idea. It's one I'm comfortable with for various reasons and not just because I love roses, hybrid or not!

Now I know that a percentage of new authors self publish in the hope of being noticed by traditional publishing, big or small. Nothing wrong with that either if that's what you've decided you want. The slush pile has all but disappeared, having an agent no longer guarantees publication - nor has it for some time - and stories of traditional publishers trawling Amazon for successful novels are legion. Although if you do hit pay dirt with a best-selling eBook, the deal on offer would have to be pretty good to compete. I've had some good relationships within traditional publishing and production: excellent and committed small publishers, producers and directors who have taught me plenty over the years. Some of these relationships are still ongoing and I'm very glad of them. But I have also experienced the exact opposite in all its hideous misery.

These days I self publish very happily, love the experience of being a 'writer as publisher' and I'm certainly not publishing my work digitally in the hope of being 'noticed' or only by my readers and potential readers.  I'm also publishing in order to make some money. But I'm not totally independent and I doubt if I ever will be. Only some of us on Authors Electric are. Many of us have a foot in both camps. The truth is that (to mix my metaphors a bit) as a hybrid author, you can now have a finger in just about as many pies as you have fingers, especially when you write an eclectic mix of all kinds of work. With me, it isn't just fiction, long and short, but plays and non fiction too. And even with my fiction, there's no single genre and some of my novels are - I suppose -  more 'literary' than others. That's part of the fun of it. Not being tied down any more. Not having to shoehorn yourself into a tight little category because that's what your single publisher wants. Being able to say, 'let's do the show right here,' with some degree of success, being in control, but also being open to partnerships or the occasional traditional deal, whether it's for a story or an article, a review or a play, where what's on offer seems reasonable and non-exclusive.

The problem in the olden days of publishing and production wasn't just discoverability. It was maintaining professional visibility. Even people with whom you have worked successfully and happily in the past tend to forget about you if they don't see or hear from you. It's one of the reasons why so many playwrights camp out in theatre bars. Show face. Chat. Socialize. Now, I find that social media have been an undoubted factor in my rekindling some old professional relationships and that's an unexpected but welcome by-product.

Perhaps the simple truth is that writers have almost always undertaken a mix of work not just in order to survive, but in order to grow and learn and hone their craft. The number of writers who have moved smoothly from creative writing course to literary acclaim is vanishingly small but they also tend to be the most vociferously indignant and embittered about the new state of publishing. Perhaps they just feel threatened by change.

I think many of us would settle for being happily hybrid, writing, talking, teaching if that's what floats our boat, undertaking the occasional piece of contract work for a variety of outlets, aiming to thrive rather than just survive. Thriving is something that has been on my mind recently. Money doesn't buy happiness but it sure makes living a lot more comfortable in all kinds of ways.

Most of us write for love. Well, there's nothing wrong with that either. Nothing wrong with loving what you do even though it's hard work. Even though there's a certain dour mindset which subscribes to the belief that if you love it, it can't possibly be work. But even when we write for love, we can publish for money, especially now. Anyone seriously contemplating a career as a writer might think about doing some kind of business course if only to avoid exploitation. I remember what an eye opener it was for me, the first time somebody pointed out exactly how I ought to go about costing my time. (If you want to know more, you can download a guide from Glasgow's Cultural Enterprise Office, here) And the shocking perspective it gave me on major commercial organisations which still try to tell us that there's 'no money in the budget' to pay the writer for all kinds of extra work. I once found myself trekking through to Edinburgh from Ayrshire for a radio script meeting on my own time and money because there was 'no money in the budget to pay for travel expenses.' Back then, I put up with it. Many of us did. My favourite story from that time was of a friend who had something published in a magazine devoted to cats for which she was paid £5. Not a lot, even in the 90s. They also sent her a copy of the magazine and subtracted the price of the publication from her fiver!

These days, I'll do the odd gig for good causes, but I tend to subscribe to the Harlan Ellison school of thought where paying the writer is concerned. (But then it's a long time since I fell off the turnip truck!)

Meanwhile, I'd like to know how many college and universities offering Creative Writing or Creative Industries courses also offer detailed modules on the self employed business side of writing, everything from simple accounting and tax issues to branding and marketing. I'd lay bets not many of them do. Only last night I heard a contestant on Britain's Got Talent (I know, but it was a VERY quiet Saturday night and I was too tired to do anything except be a couch potato!) saying that he had started a music course at college, but his father had changed it to a business course. And I thought - surely, he would need both. 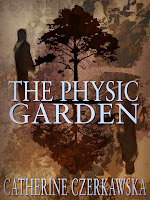 dritanje said…
Yes indeed Catherine, hybrid or humming bird it's all more power to our wings! I have my own stories of 'no money to pay the writer', as I'm sure many do. But we have the chance to explore now and that's fun as well as possibly, financially rewarding.
Morelle
April 23, 2013 9:08 am