Precious Vintage - Another Potential Income Source in a Precarious World. 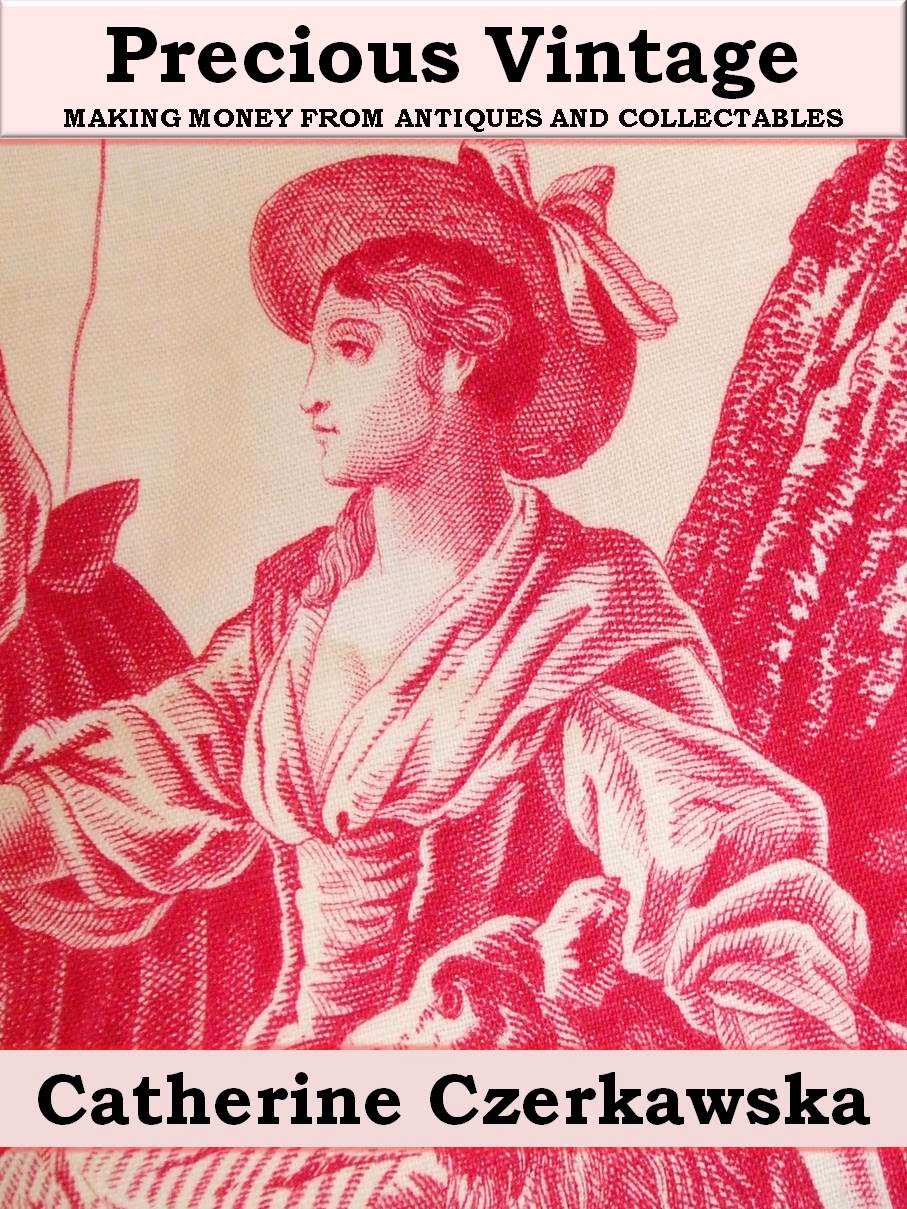 For many years now, I've been supplementing my writing income by dealing in antique and vintage items, mostly on a part time basis, although occasionally, when the income from writing has been particularly abysmal, I've devoted a lot more time to this 'second string' to my bow. I used to write for BBC Radio 4 which was a good way of earning a day to day living, but when commissions pretty much dried up about ten or fifteen years ago, I had to find another income source.

It wasn't that I stopped writing drama, just that the BBC, for reasons they have never divulged, stopped wanting what I wrote. I went from being an experienced radio writer with more than 100 hours of well reviewed and varied radio drama under my belt, to being the kiss of death on any submission, almost overnight. There had been no falling out, nothing that I could ever put my finger on. And I still had producers queuing up to work with me. It's just that almost nothing we proposed was ever accepted.  I write this not so much to complain - well, it's a bit of a complaint, or I wouldn't be human! - but really to point out the tenuous nature even of a career that appears to be quite successful.

In reality, it was a blessing in disguise, like so many of these unpleasant crises can be, because it forced me to take stock and make other plans.

With hindsight, and although I had loved radio and had thoroughly enjoyed most of what I had written for this most imaginative of media, I should have quit well before I was pushed. We are much too inclined to stay with what we know. We are also - of course - reluctant to abandon something that pays the bills. But even so, any career that relies on submission and commission from an organisation as capricious as Aunty, is skating on very thin ice indeed. It's one of the reasons why I keep banging on about the need for writers, like all creatives, to be well aware of business realities. You need to think of yourself as a sole trader rather than a humble supplicant, and act accordingly! Most of us learn this quite late in the day.

My husband and I are both freelances, so times were hard for a while. But two things came to my rescue. I had been collecting antique and vintage textiles in particular since I was very young and first went to the saleroom with my mum, who loved pottery and porcelain. Over the years, I had amassed not just the textiles, but a certain amount of knowledge about them. Meanwhile, fiction writing had really taken over from drama for me (although I would never say never if the opportunity to work on a new stage play came along) and my love of antiques in general and textiles in particular began to find its way into my novels and stories, especially my historical fiction. The Curiosity Cabinet and The Physic Garden both involve embroidery and textiles, albeit as only one among many themes in both novels. Some of my short stories involve antiques too - including a few ghost stories.

It occurred to me that one way of filling the income gap left by radio might be to try dealing in antique and vintage collectables. With the wealth of television programmes and magazine articles as well as the general interest in 'vintage', which I had loved well before it became fashionable, this seemed like an idea whose time had come. But my current home area was not the ideal place to take on shop premises and besides, I didn't want that kind of commitment. I had too much writing to do.

It didn't matter. The relative ease of selling online meant that I could work from home. One of the most appealing aspects though was the idea of being in charge, taking control. It's hard to explain to somebody who hasn't been involved with the submission/rejection process central to the 'creative industries'  how difficult it can be. We're not talking about the necessary learning process here. We're talking about a giant game of snakes and ladders during which you can be an experienced professional, climbing the ladders (not making any fortunes, but surviving) but can suddenly and without warning, find yourself sliding all the way down to the bottom of the board within a matter of weeks. In these circumstances, my love of vintage became very precious indeed. 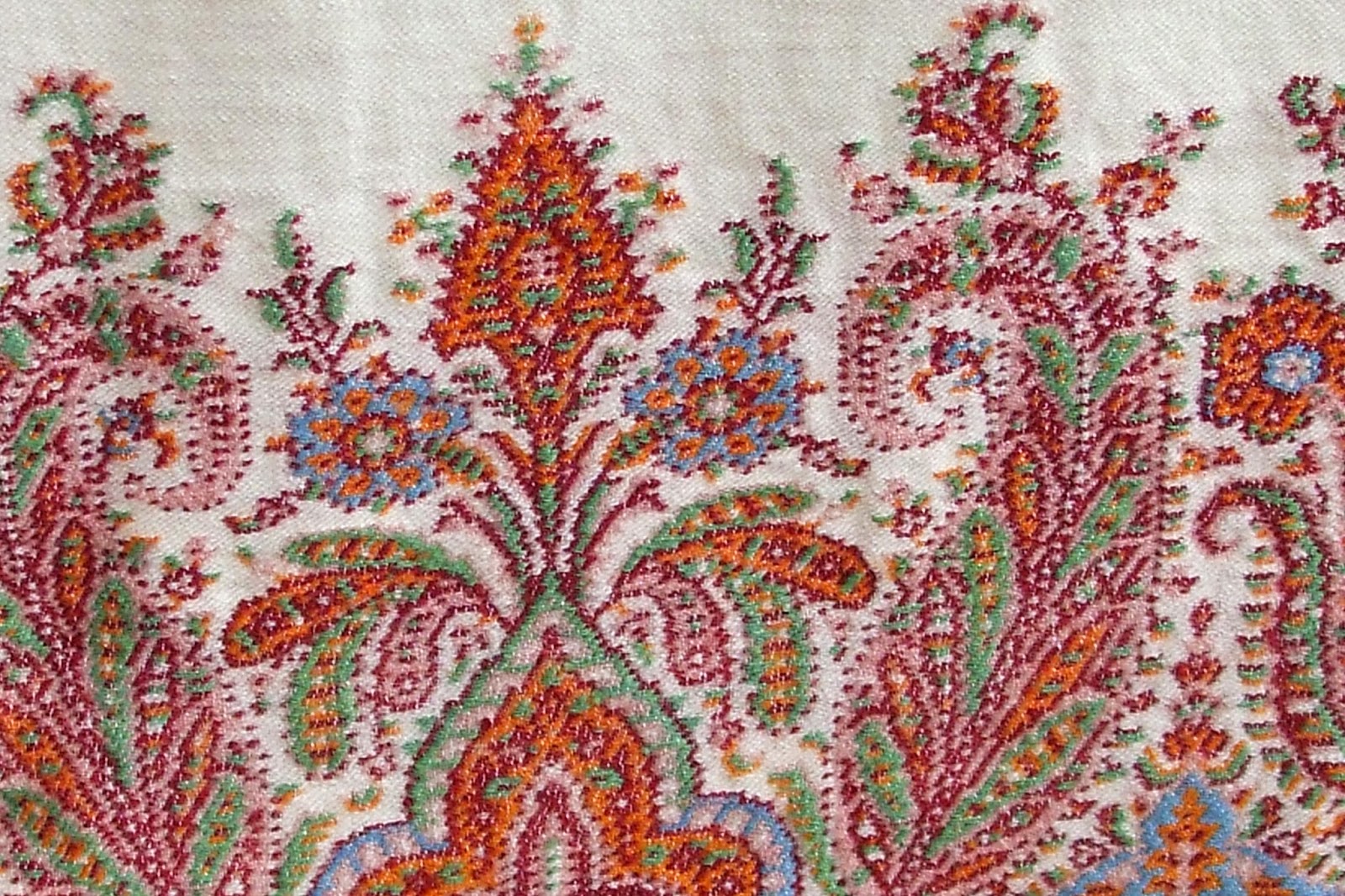 I've been dealing in Scottish and Irish antiques, mainly textiles, but really, whatever takes my fancy, for more than ten years now, and have learned a lot along the way. I've also found my research invaluable in providing inspiration for so much of my fiction. The other factor that helped immeasurably was the ease with which it is now possible to publish, and republish work in eBook form, the possibility of being a 'hybrid' writer, of working with a publisher on certain projects, self publishing others. It makes for a complicated but undeniably interesting working life.

I notice that an increasing number of my friends and colleagues are willing to try their hand at antique and collectable dealing, either online, or at antique markets, or with a combination of both. Often it's because they could do with some money to supplement the family finances but need something that can be part time and flexible. It also occurred to me that some of them were very knowledgeable about their favourite area of collecting, more knowledgeable than some of the dealers I had met, but a little bit nervous of dipping a toe into the waters of selling.

That was when I thought about writing a short guide - by no means a definitive 'how to'  - but something that summarised all the hints and tips I had learnt over ten years or more of trading. Precious Vintage is the result. I should caution that this is in no way a 'get rich quick' scheme. However you decide to do this, hard work and good customer service are the key to making some kind of income. As with writing, other people's experience will be different from yours, and that's fine. But if you've been clearing out your granny's attic and wondering if you might have a go at some trading, then this little eBook guide might be a helpful preliminary read. 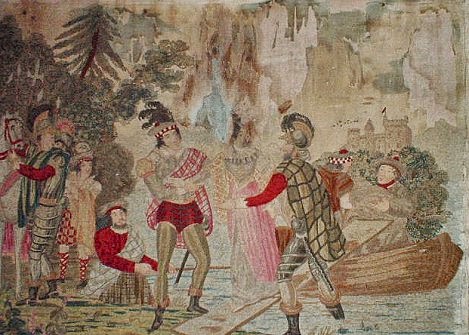 You can download it on Amazon UK here.
The guide is written from a UK perspective, but since so much buying and selling is conducted worldwide, readers elsewhere may find it helpful. You can download it on Amazon.com here.
antique dealing antique textiles antiques and collectables eBook publishing how-to guide radio drama vintage writing business.