Historical Fiction Three: The Curiosity Cabinet (writing in the past and present at the same time.)

When Alys revisits the beautiful Hebridean island of Garve after an absence of twenty five years, she  is captivated by the embroidered casket on display in her hotel. She discovers that it belongs to Donal, her childhood playmate, and soon they resume their old friendship. Interwoven with the story of their growing love, is the darker tale of Henrietta Dalrymple, kidnapped by the formidable Manus McNeill and held on Garve against her will. With three hundred years separating them, the women are linked by the cabinet and its contents, by the tug of motherhood and by the magic of the island itself. But Garve has its secrets, past and present. Donal must learn to trust Alys enough to confide in her and, like Henrietta before her, Alys must earn the right to belong.

This is essentially what the Curiosity Cabinet is ‘about’: the basic story, or two stories, past and present, one interwoven with another, through the medium of a small Scottish island and a beautiful embroidered casket.

'The island reminds her of those magic painting books. The shop here used to sell them. You would dip your brush in water and pale, clear colours would emerge from the page, as this green and blue landscape is emerging from the mist.’

There are many sources of inspiration for historical fiction. This novel began many years ago, in the 1990s, as a series of radio plays, but even before that, it was inspired by another story – the fascinating factual story of Rachel Chiesley, Lady Grange. She had become an embarrassment to her husband. He wanted to get rid of her. And at a time when such things were possible, he had her kidnapped, removed to a remote Scottish island. There she stayed. Later, she was moved elsewhere, but still imprisoned in a remote place. There was no succour for her and she died in captivity.

I think the first time I came across the real Lady Grange was when I was visiting an Edinburgh museum and read about her. She had been violently seized and carried away down one of the closes in the old town of that city. She was a good deal older than the (at that time) half formed heroine of the Curiosity Cabinet and her story was quite different, but the situation in which she found herself fascinated me. I had also been working on dramatisations of Kidnapped and Catriona for BBC R4 at the time and was well aware of the cultural differences between highland and lowland societies, between Gaelic and Scots speakers. And I found myself obsessing – as fiction writers so often do – about what it would be like to be kidnapped from one society to the other, to be removed at a stroke from all that you held dear and set down in a culture where you didn’t understand the language, or the mores or the modes of being. How difficult would that be? Especially if you had left friends and family behind you. The real Lady Grange was believed to have been driven mad by her ordeal. My heroine, Henrietta, proved to be a little more fortunate. 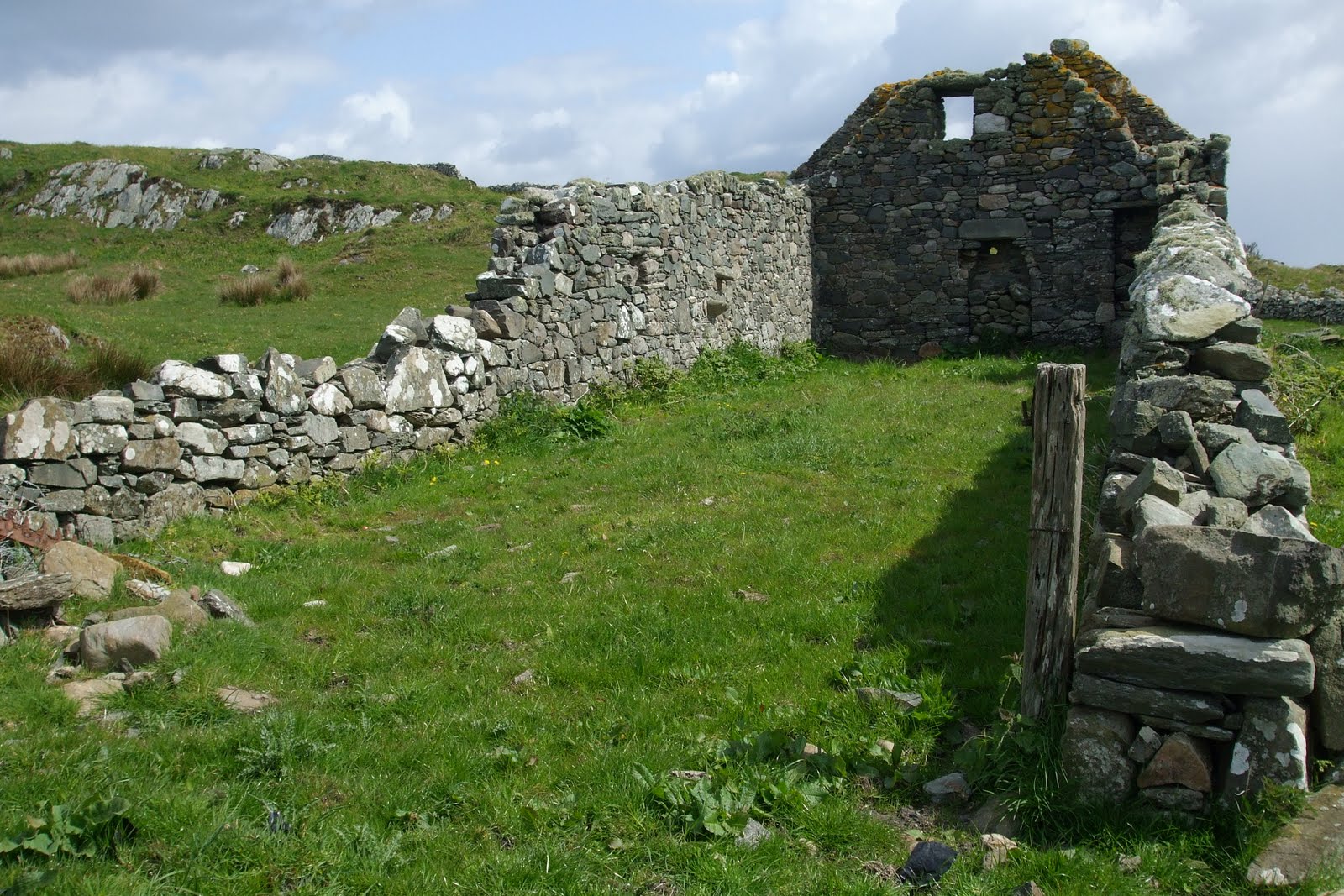 'She saw before her a small but strongly built man, in his thirties perhaps, wearing highland dress, bare legs showing beneath the big blue plaid. He reminded her of the highlanders she had seen on the streets of Edinburgh where sometimes, dressed in their outlandish clothes, they were perceived as crude figures of fun and sometimes, bristling with weaponry and with the drink taken, as dangerous incomers. Manus was no figure of fun although she could see that he might be dangerous, a better friend than an enemy, perhaps.’

But there is more than the historical story in this novel. It is, essentially, two stories. It has been described as a time slip novel, which is not really what it is at all. Fans of Outlander might appreciate it for its setting, for the historical sections, but nobody in this novel goes back in time, nobody travels between past and present. I had a very definite intention in writing this novel, but it is one that not all readers pick up on – and to be honest, it doesn’t really matter very much whether they do, not to them and not to me. It's just good if they enjoy it!

It consists of two parallel tales, past and present. There are connections between the characters, between the people, between their situations – but I wanted all of it to be subtle, delicate, a little thread of fine lines rather than any more overt time travel experience. When I think about it now, I can see that my main source of inspiration was a small Hebridean island – one we love very much and visit often – the island of Gigha. The island of Garve in the novel is fictional, of course. It could be Gigha or Coll or any one of a number of other western islands.


One of the things I love about these places is the sense of the past and present being somehow entangled, as though they are all part of some astonishing continuum – as though everything is somehow still there, and nothing is ever lost. I wanted to structure the book in that way. I wanted to write it as I would write a poem, so that there are layers and meanings over and above the obvious. At one level it’s a simple enough love story and I hope it’s an attractive one. One or two critics have said that it was a ‘guilty pleasure’ for them. You’re not really supposed to treat love stories – especially love stories written by women - as serious fiction. Well, I’ve given up apologising for writing love stories. Love is one of the most important things in all our lives. Why shouldn’t we write about it? One or two critics have also understood that this is a book not just about love but about obligation, about parenthood, and about the landscapes in which we live and how they shape us. The most gratifying review was from a US reader who said that the writing was so tight you could ‘bounce a quarter off of it’ – and that was exactly the kind of response I wanted. But I don’t really mind it being a simple pleasure either, although I still fail to see why anyone should feel guilty about it!

One thing I’m often asked is how I managed to write about past and present simultaneously. Didn’t it become confusing? Well, from a purely practical point of view, I wrote two separate books. One was the historical story of Henrietta Dalrymple and Manus McNeill and what brings Henrietta to Manus’s little island. The other was the contemporary tale of Alys and Donal on the same island in the present day. The thing that connects them is the cabinet of the title, not a real ‘curiosity cabinet’ but a Jacobean embroidered chest full of small objects which turn out to be ‘women’s things’. The embroidery depicts the story of Ruth who goes into a strange land and survives there, and this represents another theme of the book: displacement and the search for acceptance.

So, I wrote two separate books, I printed them out and then I did a literal cut and paste job on my study floor, shuffling them together, sometimes cutting a page in half. It was infinitely easier than trying to do it on a computer. I could see and feel the weight of each section, the length of it, the way it might fit in with another section and where the story was taking me. I don’t think I could have done it any other way. This doesn’t mean that it doesn’t work just as well as an eBook, because it does. It’s just that I, as a writer, needed to get the balance between the two parts of the novel right.

Having done that, I keyed all the changes into the word document and then worked on it for a while, weaving it all together so that the joins became smooth and with no gaping holes in the plot. It was a very enjoyable exercise and it seems to have worked. The Curiosity Cabinet is probably the most popular of all my novels. The paperback version is long out of print. I’ve published it under my own Wordarts imprint as an eBook. There’s an excellent audio version available via Oakhill publishing (you can get it on Audible) – and I’m planning a print on demand version in paperback later this year or early next. Meanwhile, the eBook is on special offer today and for another six days, from Amazon's Kindle store in the UK and the USA 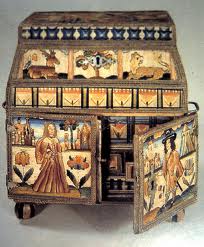