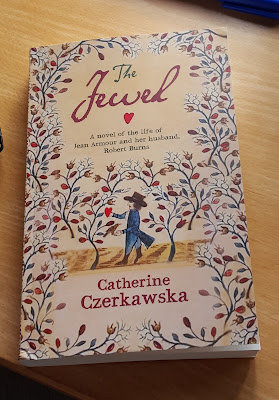 I'm reblogging this from my March post for Authors Electric, with whom I've been blogging for some years now. Sadly, it'll be my last-but-one post for them. I've loved my time blogging with the group, and will remain in touch with everyone, but pressure of work has caught up with me and one or two commitments have to be pruned so I'm taking a sabbatical from AE. I'm hoping that it'll give me a bit more time to devote to this blog which I've been neglecting lately. I'm aiming to write a few more posts each month especially since this is shaping up to be an exciting year for me, with the publication of my new novel in May, and the paperback reprint of my history of the Isle of Gigha (now titled The Way It Was) in June, so do check in here from time to time.

But this post, all about voices and stories, seems well worth reblogging since it's something so many writers find problematic. And if writers have problems, then so do readers!

Having published The Physic Garden, a first person narration historical novel (although not my first historical novel) a couple of years ago, I then found myself contemplating the challenge of writing a new historical novel, more or less set in the same period, late 18th and early 19th century Scotland, for the same publisher.

But I knew almost immediately that this wouldn’t be a first person narration – although it could have been. I’m generally comfortable with first person narration because – wearing my other hat as a playwright – I’ve written a number of dramatic monologues: vivid first person narratives, with a strong voice and a strongly visual element too. In fact I think the key to writing a successful monologue is to cast the whole audience as another character, so that the actor is telling his or her story to the audience. I don’t mean audience participation, which can be at best surprising and at worst embarrassing. But for the audience to be engaged, they have to feel that the character is engaging with them, personally. I always liken it to the role of the wedding guest in the Rime of the Ancient Mariner, and in a play called The Price of a Fish Supper, I made a direct reference to the poem, with my fisherman narrator ironically aware of the poem from his schooldays and of the parallels with his own situation, his own personal albatross.

Experience of writing plays is useful for writing first person narrative fiction, since you inevitably find yourself casting the reader, whoever he or she might be, in the role of audience/listener/participant in the story of the novel, and this gives the narration an immediacy and intimacy it might otherwise lack. I think it worked well enough in The Physic Garden since by the time he was narrating the story, William Lang was an educated and experienced man – one who had become scholarly, but who was able to look back on his raw, youthful self with a measure of wisdom and understanding. The whole book was ‘about’ how he got there, the story of the harrowing events, the betrayals in his life that conspired to make him the man he turned out to be.

My new novel, The Jewel, however, is about the life and times of Jean Armour, the long-suffering wife of Scottish poet Robert Burns, and I was aware even before I began researching the subject that she had been somewhat neglected by the critical establishment, especially the Victorians, but even by those commentators who ought to have known better. In her 1930 biographical novel about the poet, Catherine Carswell was content to dismiss Jean as an illiterate and unfeeling ‘young heifer.’

I briefly considered telling the tale in Jean’s voice. Although I was born in Yorkshire, I’ve lived in Ayrshire long enough to be well aware of the vibrant language of this place, although like so many people nowadays, the poet himself seemed to find it remarkably easy to switch between Scots and what reads very much like standard English – and we’ve no reason to suppose that, with a good ear and a ready wit, he wasn’t able to do the same thing in speech, if he thought the situation and company warranted it. Jean was a different matter. Her father was a prosperous stonemason in the busy town of Mauchline: busier in the 18th century than it is today. She would have spoken – especially as a young woman – an Ayrshire version of Scots, although like William Lang, time and experience would probably have changed it somewhat. But much of the ‘meat’ of the story involves the complicated courtship of the couple, with all its ups and downs. She had a level of education, was literate but not literary. She had a fund of old songs, and knew all their melodies, passed on to her from her mother and grandmother. It was one of the things that seems to have attracted the poet. She was never foolish and emerges as a kindly, sensible, down to earth woman whose sincere affection for her frequently errant lover, later husband, is never really in any doubt. She loved him although there were clearly times when she found it hard to like him much.

I could ‘hear’ her voice in my head, just as I can hear Ayrshire Scots spoken every time I go down the street or into the nearby town for my shopping. But would it be right to attempt to reproduce it on the page? I soon decided that it would be better all round if the novel was written in the third person, but very much from Jean’s perspective. We are with Jean throughout the whole novel, but the slight remove of a third person narration allows us to see through her eyes, to feel through her feelings and to hear her voice, without introducing the undeniable hurdle for many readers of fixing the whole narrative in 18th century Scots.

So, I was listening for cadences of speech, for the shape of conversations, and for expressions that are – to a great extent – almost as commonplace now as they were then. People still call their children ‘weans’ here rather than ‘bairns.’ Still say that they are ‘black affronted’ by something. Still tell people that their coats are hanging on a ‘shoogly peg’ when they are overstepping the mark in some way. I have heard a woman call her husband a ‘knotless threid’ – a knotless thread who might slip away at time of need. It seemed to me enough to introduce words and phrases and the shape of certain conversations to fix the novel in the particular time, but just as vitally in the place of its setting. And to attempt to avoid anachronisms as far as I could, of course. But all while making the story as comprehensible as possible to the casual, non Scottish reader. And yes, there is a small glossary, even though I’d hope everything makes sense from its context!

Incidentally, anachronisms are not always what we think them. I remember an editor questioning the phrase 'ghostly gear' in The Curiosity Cabinet. She thought it was modern. But it isn't. It's a very old word for your 'stuff'.

The other vital element in all this, though, seems to me to be story. However authentic a voice, however firmly embedded in a time and place, if that voice does not have an absorbing story to tell, then the novel – or play, or short story – will fail. It doesn’t have to have a complex plot. There doesn’t have to be a twist in the tail. But there has to be a story for those voices, for those people to tell, something that carries us forward, that makes us want to find out what happens next, that satisfies the reader’s desire for illumination, for the perception that the book is perhaps about more than the sum of its parts – but that each of those parts really matters. The love of story is one of the things that makes us human. This is true for the writer, quite as much as for the reader. Whether successfully or not, we write to find out. Or at least I know I do.

What do you think? 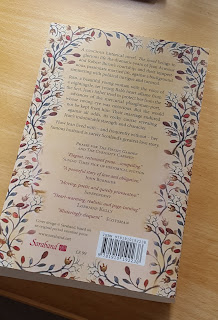 Susan Price said…
Catherine, does 'taking a sabbatical' mean you might come back to us in the future? - We do hope so. It's been great having you as part of the AE team and you're welcome back any time.
But good luck for this busy year - keep us informed!
March 28, 2016 11:16 am

Terra said…
I love the inviting cover of your newest book, and I enjoy reading historical fiction, so the theme appeals too.
March 29, 2016 4:16 am