July 26, 2016
Yesterday was the day on which, in 1796, Robert Burns was buried in Dumfries, in a simple grave in St Michael's churchyard. The big, ostentatious monument only came later. The funeral was far from simple. Invitations were sent out in Robbie, the poet's eldest son's name, as was the custom. The night before was showery but the day of the funeral turned out to be sunny, just in time for the grand procession. The weather this week, here in the West of Scotland, has been much the same. All those fine people who had crossed the street to avoid Rab a little while before, when the adulation had changed to small town disapproval, came out to show how much they had loved the great bard. And in spite of his wishes to the contrary, the 'awkward squad', the Dumfries Volunteers, not very efficient or soldierly, did indeed fire over him.

Jean was at home, giving birth to his last child, a son called Maxwell. The night after the funeral, Jean's husband came home, briefly. That's what she recounted later. And here's my version of it.

'The whole house was quiet, Maxwell swaddled in her arms, She had been singing to the new wean until he slept and she saw Rab coming into the room. He was as bold and clear as though he had still been in life and, she thought, rather more healthy than the last time she had laid eyes on him, a gleam in his eye and a flush of sunlight on his cheek.
She was not afraid.
When had she ever been afraid of him? Rather she felt the wee bubble of laughter, even in the most serious of situations, at the general absurdity of everything, even the worst of things. She looked up at him while he gazed down at her and, in particular she thought, at the baby. Well, why not? He had aye loved the weans best, loved the curve of their cheeks, the soft, vulnerable place at the back of the neck, their perfect wee fingers and toes. Then he shook his head sadly, as though regretting that he could not stay, and disappeared, so suddenly that it seemed like a snowflake, melting away in your hand.' 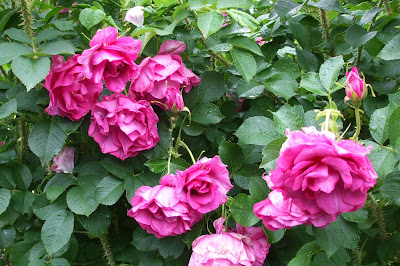 cara mengobati penyakit thalassemia minor said…
flower that are so beautiful
September 03, 2016 8:39 am