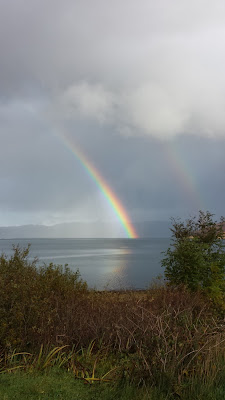 I'm on the cusp of starting a new novel, and it's always a strange feeling. I know what I'm going to write and have even worked on the first few chapters. I've done the research, done the planning, know where it starts and where it's going - although I don't plot meticulously or in any great detail. I have an outline, but I'm the kind of writer who may know the beginning and the end, but not precisely how we get there. I write to find out - otherwise I'd get bored.

The other thing I do is forge on to the bitter end, even if it all goes to hell in the middle. The main thing is to get through it all. If I kept stopping to rewrite, I would never finish anything. That's another reason why I put off starting. Once I really get going, I don't much want to stop, no matter what. My current plan is to finish this first ragged draft by Christmas. Then I'll have a bit of time off for parties and celebrations (and - OK - maybe a bit of work on something else, another project very dear to my heart!)

Once the first draft has lain fallow for a few weeks, I'll go back to it, probably in February, and then start to work on it steadily through the spring and early summer, polishing away. It's the first novel in what I'm hoping will turn into a series. But that's all I'm saying about it right now. Most writers know that if you talk about a project too soon, it all dissolves, disappearing as certainly as fairy gold, leaving you with a few dead leaves!