10 Questions About The Jewel for Book Groups

Last week, somebody contacted me to ask if I had any questions about the Jewel, to prompt book group discussions. I was very glad she had done so, because it's something I had originally thought about and then forgotten. I know some writers include them in the book itself, but in this instance, it seemed better to keep them separate.  Besides, I wanted time to think about them!

One good reason for delaying is that now, lots of people have asked me all kinds of questions about the novel, so I have a pretty good idea of the kind of things readers might want to discuss.


Anyway - here they are. There are no hard and fast answers and I'm sure people will have plenty of ideas of their own, but these are the issues that seem to have most interested audiences whenever I've been asked to speak about the Jewel.


1      1 Why do you think Jean has been so neglected as a significant figure in the poet’s life for so long?

3 What do you think first attracted the couple to each other, and why?

4 Why do you think Jean’s parents so disliked the idea of Burns as a prospective son-in-law? What made them change their minds?

5 How did you feel about the couple by the end of the novel. Did it change your perception of Burns as well as Jean? Did you feel better or worse about him? If you are female, do you think you would have fallen for him and why? Or why not?

6 What does the novel tell us about the kirk and family and attitudes towards morality at the time. Did any of this surprise you and if so, why? Why do you think having a child outside marriage seems to have become so much more of a disaster after the Industrial Revolution?

7 Burns seemed able to distinguish between an attachment of ‘romance’ and the reality of his love for Jean. The word romance itself has changed over the years. What do you think he meant by making this distinction, since he is at pains to stress his ‘love’ for his wife in letters and poems.

8 How far has the author succeeded in taking the reader back to the Ayrshire and Dumfriesshire of the eighteenth century?

9 The author says that everything in the novel either happened, or ‘could have happened’ but that most of the story is true. If you checked up on anything afterwards, were you surprised?

10 Do you think Jean was the love of the poet’s life? What do you think would have happened if he had lived longer? 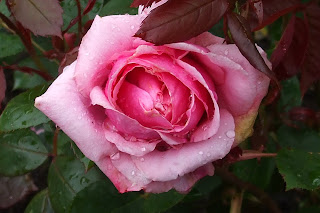