December 11, 2011
There have been some very interesting blog posts and Facebook comments recently about the problems facing older writers when they try to sell novels which are not about the dilemmas of twenty somethings - especially this excellent and heartfelt post by Linda Gillard on the Do Authors Dream of Electric Books blog. I found myself identifying with this very strongly, and not just from a female point of view. 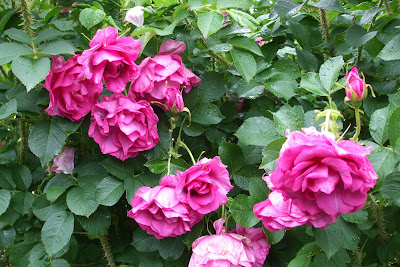 A few years ago, when I had finished a draft of a new novel called The Physic Garden, I sent it to my agent who sent it out to a young 'reader'.  The book - I'm planning to finish rewrites and publish it to Kindle some time in 2012 - is a historical novel, related in the mid 1800s, in the 'voice' of an old man called William Lang, who was once, many years before, employed as gardener in the physic garden of the old college of Glasgow University. The book is essentially about his relationship with one of the young professors, and is a tale of male friendship, class differences and extreme betrayal. I love this period, and I fell in love with my story - sometimes it seemed as though I was channelling William, rather than inventing - an uncanny experience, since there was a real William Lang, who was indeed a college gardener. I found out some things about him, but made most of it up. It could have happened that way.

But when my then agent, a young woman herself, gave the book to one of the agency's readers, another young woman, the only response was that it was 'just an old man's story' and a marked lack of enthusiasm. At the time, it hit home. And here, I find myself wondering all over again, just why even experienced writers such as myself, are so thoroughly lacking in confidence in our own abilities. Anyway, when I changed agents, soon afterwards, I also started trying to change The Physic Garden into a third person narrative, so that I could get away from that 'old man's voice.'

I was an idiot, and it was a complete nightmare. I  would lie awake, fretting about it. And in several months, I managed to change only a tiny bit of the book. It was like wading through treacle. William simply demanded to be heard and he wasn't having any of the changes. He was outraged by them.

Eventually, of course, I woke up to the folly of it. The novel is William's story and although there are plenty of other characters, and I do need to do rewrites so that they become more intensely themselves - still, the narrator is William and we are seeing things from his perspective, even if we, as readers, may not always agree with his judgement. But I'm left with the uneasy feeling that the real hurdle here was that very young reader's perception that nobody would ever be interested in anyone over the age of about twenty five. Linda is all too right when she asks 'What is this obsession with youth?'
fiction gardens historical novels Kindle women youth

Anonymous said…
Catherine - William's story sounds fascinating and I for one would love to read it. I share your despair in the reader's comments - and the fact that she could be so dismissive of a book simply because it didn't fit within the tight little margins of her own tastes. Half the fun of reading comes from stepping into brand new territory from time to time. Sometimes it's a disaster - but I don't believe any such trip could ever be a complete waste of time.
December 11, 2011 5:21 pm

Rosemary Gemmell said…
I'm glad you've stayed true to your character and voice, Catherine. It sounds it reached the wrong agent - perhaps the right publisher would have looked on it more favourably. On the other hand, you'll have full control of it on kindle!
December 13, 2011 10:27 am