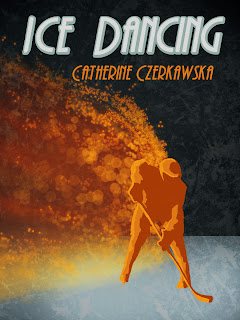 Every now and then, as a writer, you come across a review of one of your own pieces of work which illuminates your novel, play or story for you.  I've had reviews of my plays (in production) which seemed to indicate only that the critic had missed the point. On the other hand, I've had reviews of my plays which have taught me plenty as a playwright, the kind of helpful reviews which identified what I was trying to say and fed something back to me in the form of analysis, not precluding criticism, but doing me the courtesy of taking the work seriously, on its own terms.

It's the same with new novels. You wait with some trepidation for the early responses. And while it's nice to get good reviews and miserable to get bad reviews, the very best reviews tend to be those which in some way illuminate your own work for you (and others), with the reader doing you the courtesy of taking the work seriously and then taking the time and trouble to analyse their own response to it.

A recent review of my new novel, Ice Dancing, here , by Hilary Ely, on the excellent Vulpes Libris, was one such example. Not only is it, of course, very good to know that somebody has enjoyed the novel enough to want to write about it, but a review like this, which explains why, in some detail, is uniquely helpful to me as a writer. 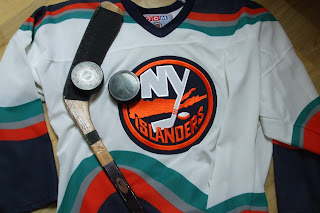 As an independent 'writer as publisher' and at a time when traditional publishers also expect writers to do a great deal of their own publicity, you have to make some decisions about what kind of book you have written. And I don't just mean thinking about whether or not your novel slots neatly into any one genre. If you've embarked on eBook publishing, it probably doesn't. That may well have been part of your problem. It certainly was for me. I'm a natural mid-list writer, writing across many genres: love stories which are by no means conventional romances, historical novels with a contemporary dimension, family sagas which don't follow the usual pattern, reasonably literary novels which are nevertheless deemed to be 'too accessible to be really literary.'

And now Ice Dancing, a passionate, contemporary love story with a charismatic and handsome ice hockey hero - but mostly set in a small Scottish village. Of course it's the hockey that leaps out at you, from the rather beautiful cover, designed by a young Scottish digital artist called Claire Maclean. And when I started to think about marketing this book, I did think first and foremost of all those women, young, old and middle aged, who love hockey quite as much as I do, and go to as many games as they can. (Hockey is never just a male preserve, not in Canada and the US, certainly not here in the UK either) 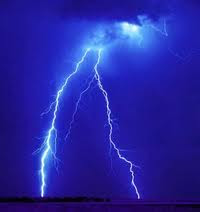 But of course the novel is about so much more than that. I knew it, but it was Hilary's lovely, thoughtful and thought provoking review which clarified it for me. For this is a novel about a coup de foudre as it's known: the lightning strike of love at first sight, the irresistible thunderbolt of intense attraction which changes everything at a stroke, however inadvisable, however unlikely, however disastrous the results may be.
It's also a novel about a relationship between an older woman and a younger man - the kind of ten year age gap which, were it to be reversed, wouldn't raise so much as an eyebrow, but which still seems to be a cause for comment in these supposedly enlightened times. And which makes the thunderbolt even more difficult to deal with for all concerned.

It is, as Hilary points out, also a novel about adultery and guilt. Which may seem to be an old fashioned concept, but which can still wreck lives pretty comprehensively. And besides all that, there is a very dark back-story about the kind of damage, betrayal and maltreatment which can also wreck lives in all kinds of ways. So this is a novel about the after-effects of such things, and whether it's possible to come to terms with them and how. Besides all that, of course, it's a novel about rural life, a warm and loving account of what it's like to live in a small village: all the cosy, comfortable security of it, as well as all the stifling goldfish bowl downside when everybody knows everyone else's business and doesn't necessarily feel the need to mind their own!

I have the distinct impression that, when it comes to publicising Ice Dancing, (which my agent compared, with some justification, I think, to The Bridges of Madison County) I'm going to have to promote it to different and possibly distinct groups of people. The hockey fans will love the hockey. But even readers who don't care for sports but enjoy a good, passionate love story will find something to enjoy. The metaphor of 'dancing on ice' - precarious, slippery, needing a partner to steady you in an alien environment  - runs through the whole book, as opposed to the line dancing which is the heroine's hobby, line dancing where you don't need a partner, where you don't need to touch anybody at all. This is, I think, quite a sensuous story. And when I reread it now, I can see that it is, perhaps first and foremost, a novel about the extraordinary imperative of intense physical attraction. Which is, let's face it, endlessly fascinating for most of us, whatever our age and stage in life.