November 22, 2012
Edinburgh was a revelation to me. As far as I remember, only one other girl from my school went there and we were in different faculties. I never saw her. I was reading English Language and Literature and - for my first year anyway - staying in the East Suffolk Road halls of residence. It had the air of a rather superior but chilly girls' boarding school. It was an all female establishment and the formidable warden would periodically issue a summons to the top table at dinner. Boys were frowned on in general and definitely had to be 'out' by a certain time, although we didn't always obey the rules. In fact we didn't often obey the rules. We were reading about feminism and the world was at our feet. I made real, enduring friendships in Edinburgh, people I still see and write to, people I like very much indeed. The kind of friendships where you can just pick up where you left off, even if you don't see each other for a long time. You can tell who they are, because they all call me Cathy even though just about everyone else uses Catherine, now. But I still answer to Cathy!

I'd been writing plenty of poetry before I went to Edinburgh: lots of deeply romantic adolescent stuff. I'd also tried my hand at writing for radio, which I still loved,  though I hadn't done anything with the fairly dire results, just filed the scripts away in a drawer, most of them typed on an elderly Remington which my dad had bought for me while I was still at school, and on which I slowly but surely taught myself to type, faster and faster.  I still have the machine and it's practically an antique. Nobody has typed anything on it for years. It looks like a prop from a movie and I love it to bits.

I even had a go at dramatising Wuthering Heights, just for the fun of it. I had a special relationship with Wuthering Heights, and it's one that has never really gone away, even though in all my years of writing radio plays and dramatising classics, the BBC has never, ever let me get my hands on this one. It was my mother's favourite novel. When I was just a little girl, she and my father had taken the bus to Haworth and trundled me over the moors in my push-chair, as far as Top Withens, the ruined farmhouse which was said to be the place, although not the building, which Emily had in mind for the Heights.

It was while I was at Edinburgh University that I wrote poetry. Lots of it. And stories and reviews and parodies. Between lectures we would sit in the basement cafe of the David Hume Tower in George Square, setting the world to rights and making plans for the future. We girls wore long skirts and maxi coats, bells around our necks, flowers in our hair - the guys were in old army greatcoats or shaggy, smelly, Afghan jackets and bell bottom trousers. We listened  to Judy Collins and Joni Mitchell on the Juke Box and smoked Gauloises, a little self consciously. One of the bookstores in the town was such a hotbed of another kind of smoking altogether that you couldn't browse there for more than half an hour without feeling light-headed. Outside the Fine Art department, beautiful Ian Charleson held court, admired as much by men as by women. There was a sit-in in the old Quad. I was there, but can't for the life of me remember what we were protesting about. 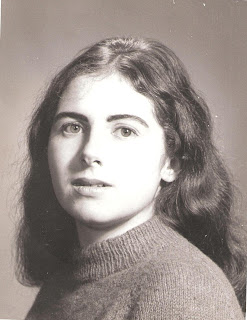 One of our lecturers, the late and much lamented Paul Edwards, who had translated many of the Icelandic sagas with the equally lamented and ever kindly Hermann Palsson, encouraged me to carry on writing. Paul used to hold court most afternoons in his big, untidy room at the top of a stair in Buccleuch Place. By the time I was in my third and fourth years, specialising in Mediaeval Studies, a friend and I would be invited up to what was essentially his literary 'salon'. There was home brewed beer and home made wine, and it was a place where visiting writers and lecturers hung out and talked about books and politics and new writing. He was clever, charming, iconoclastic, a little dangerous, but very protective of us younger visitors. Even then, these meetings were  frowned on by the authorities. I can't imagine that anyone would ever get away with sessions like this now in our deeply sanitised academic worlds, but I remember them as some of the most exciting and inspirational times of my life.


Poetry was flourishing in 1970s Edinburgh. A friend called John Schofield organised a series of big poetry festivals and I participated in them, reading my own work, helping to organise sessions and publicity, herding poets from one venue to another, occasionally attempting to mediate between literary giants who clearly loathed one another. They were incredibly well attended, with poets coming from all over the UK and beyond. Robert Garioch and Norman MacCaig were writers in residence during that time, neither of whom, alarmingly enough, would now be sufficiently 'well qualified' for the post in an academic sense. After graduation, I stayed on in Edinburgh for another year, working part time in a small art gallery on Rose Street and writing obsessively. I had several collections of poetry published: one an anthology called Seven New Voices (Liz Lochhead was one of the other new voices!) one with Andy Greig, called White Boats, and a third solo collection, called A Book of Men, which won a Scottish Arts Council New Writing Award. 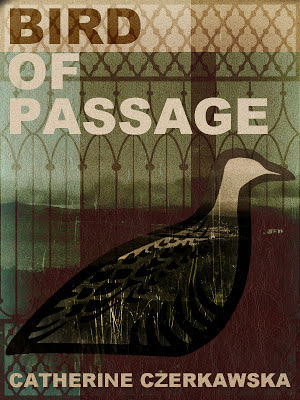 Much later, I would use some of these experiences to describe Kirsty's time in Edinburgh in Bird of Passage. She wasn't me, but I can tell you that I saw her one day, sitting with a friend, in a cafe, not far from the university, saw her in her long Indian cotton skirts, which I sometimes wore too, with her long red hair (mine was much darker) remembered her for thirty years afterwards, and eventually put her in a novel which also, oddly enough, turned out to be a homage to Wuthering Heights.

Meanwhile, I had also gone back to writing radio drama. But that will have to wait for next week's episode.