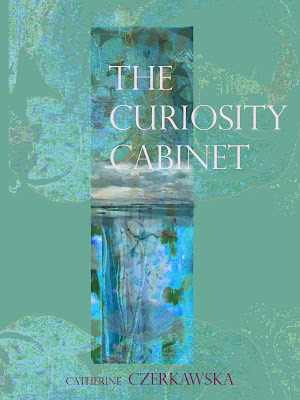 Way back when The Curiosity Cabinet (still free on Kindle for one more day) was short-listed for the Dundee Book Prize, I got to have dinner aboard the Discovery in Dundee with the lovely Ian Rankin and the equally lovely Malcolm Archibald, (destined to be the eventual winner)  among other people. The three shortlisted novels were read by a number of Scottish book groups whose members reported on them. The comments on The Curiosity Cabinet were very favourable. But most of all, I remember one reader who, although praising it, remarked that it had been a 'guilty pleasure'. That phrase has stayed with me for years. I was very glad the reader had enjoyed the book, delighted that they had found it to be a pleasure - but at the same time, the idea that they felt guilty about enjoying it made me kind of sad.

Responses to novels are subjective and as a writer, you can't argue with them. You just accept them and move on. But I felt sad that at some point, somebody had given my reader a very definite idea about what he or she should enjoy. I found myself wondering who it had been. A teacher? A literary critic? Another reader?

Now, anyone who has read the Curiosity Cabinet will know that it is - unashamedly - a love story. Actually, it's two love stories, one past and one present and they are very carefully entwined. There are similarities, a fragile web of connections across time, but many differences too. It isn't a novel about solutions, although I like to think it's a novel about ways in which time resolves some things, at least. It isn't a time slip novel so much as a novel about layers of time. It's a 'quiet' story, as somebody else said. That was where it fell at the Big Publishing hurdle, even though it was eventually published by a medium sized publisher. The big editors told my agent they liked it - in some cases they told her they loved it - but they didn't think it was a stonking great story, so they didn't think it would ever be a stonking great bestseller.
They were probably right.

Some readers think it's simple, and some readers don't. That's interesting too. I don't think it's all that simple or only simple in the way that a poem is simple. It's probably no accident that I was a poet in another writing life, and still find myself relentlessly paring things down to their bare bones when sometimes that isn't what a novelist should be doing at all.

But I find myself saddened that a significant percentage of readers seem to have forgotten - or feel that they shouldn't admit - their desire to seek out and enjoy the magic of a well written, thought provoking love story, whether it ends happily ever after or not.

I've been thinking a lot about the kind of novels I write. Figuring that if I can't describe the kind of books I write then readers will have a hard time finding them.
I'm a mid-list writer, for sure. I write historical fiction and contemporary fiction. I hope it's thoughtful and accessible.
But you know what else?
I write love stories.
Even my recent novel, the Physic Garden, a fairly sombre exploration of friendship and extreme betrayal, ('doom laden' a friend described it)  is also a love story, although it is up to the reader to decide exactly where that love lies, by and for whom.

Two other novels, the Amber Heart and Bird of Passage, one historical and one spanning a whole lifetime, turn out to be love stories too. In Bird of Passage, it's a strange, twisted kind of love, but love it most definitely is.

Ice Dancing - of everything I've written - is probably  the most straightforward love story, although even this one isn't very straightforward, since it's about the disruption of irresistible love at first sight for two honourable people. It's also the least popular of my novels as far as sales go - which is faintly irritating, because I love these two characters almost more than any others I've created and am desperate to write a sequel.  I know what happens next, and that's such a temptation for any novelist. (I'm tempted to beg a little here. Go on. Give it a try. Then I can write some more about Joe and Helen!)

But really, this is a plea for honesty. I know I love films, plays, dramas and novels about relationships, affection, love, passion, friendship, obsession, the feelings we have for each other, feelings that can shape (or wreck) our whole lives. I can't be alone in this. Let's face it, I'm not alone in this.  So surely these things are worth exploring in our fiction. Who on earth decided otherwise? Some of the finest stories ever written have been love stories. Should we feel guilty for enjoying these too?

Augustina Peach said…
Your post really hits home for me! My (unpublished) novel is also a love story, but not a romance novel (I've been told by more than one agent now that it wouldn't sell as "genre romance"). It's exactly the kind of story I love to read, about a relationship that grows stronger through trying circumstances. Yet, when someone asks me "What's your book about?" I practically turn myself inside out to avoid saying, "It's a love story."
March 08, 2013 3:13 am

Christine Findlay said…
Just read your piece about love stories and the reaction of many publishers to them. I can identify completely with this - publishers who can't see the 'stonking good story' under the quiet prose.I too have written an, as yet, unpublished novel which is about love and loss but not about happy ever after endings. Agents' comments have been very positive BUT they are looking for something much more 'sensational' in order to guarantee sales.I think we need to just persevere and hope that we can eventually persuade publishers that there is an audience out there who are looking for sensitively nuanced love stories, rather than mere sensation.
March 08, 2013 12:46 pm

Catherine Czerkawska said…
Augustina, you have my sympathies. I was told exactly the same thing - but I never have written Genre Romance. I think we have to reclaim the love story', as an entity in its own right! I know I love reading them. Christine, I gave up looking for a publisher to persuade some years ago. Good luck with your search, but having been traditionally agented and published several times over, I found that it never worked out quite the way they promised, and I think the situation is infinitely worse now than it was then, especially for us poor mid-list writers. I thank heavens every day for Amazon - readers are reading the work and telling me they like it. And I can move on with more writing. But I'd be the first to admit that it's a big step to take, and I was taking it with a lot of experience and a huge backlist of finished work - I'm preparing novel number seven for publication, and have another trilogy in waiting. Not something to be undertaken lightly and I can sympathise with anyone who doesn't want to go down that road.
March 08, 2013 1:06 pm