Excellent Women by Barbara Pym - A Reading Between The Lines Review. 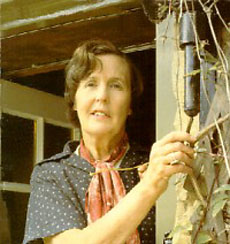 I’ve just finished rereading Excellent Women for the umpteenth time. I really have lost count of the number of times I’ve read this book but it’s like going back to an old friend, comforting, stimulating, always amusing. My paperback copy from 1980 is quite literally falling apart. I had to read it clutching the pages together. It’s foxed and battered and pretty much disintegrating. I’m going to have to buy a new one very soon.

I like all of Barbara Pym’s novels, but the battered state of this one is testament to just how much I love it. The novel is set in postwar London, in a suburbia which reminds me very much of the London suburb where I spent a year as a child, when my father was working at a research institute there. That was a bit later, for sure, but still recognisable. We were in a flat very much like Mildred's, owned by the people downstairs, an elderly retired vicar and his rather scary wife with their 'good' furniture. She took my mother to church jumble sales and other events. I still remember her lamenting the fact that mum wouldn’t wear and had never in fact owned a fancy hat. Or indeed a hat of any kind. This lady was certainly an excellent woman.

Mildred Lathbury, the narrator in the novel, is a spinster in her thirties though she seems older, from a present day perspective when women are no longer set in spinsterhood in their thirties. She is a churchgoer, self deprecating, an ‘excellent’ woman – but her wry observations on life, on academia, on the church and on the opposite sex in particular, still delight me and make me laugh out loud every time I read them.

This is a ‘quiet’ novel but David Cecil called it ‘high comedy’ and it is. It is as sharp and well observed in its own way as the work of Jane Austen. Every time I reread it, I see more in it. It is as intricate, as well made as some beautifully inlaid box. This time, I suddenly became aware – as I think I had not before – of the wonderfully wrought overall structure of it: how perfectly made it is, and how excellent the ending – where we are invited to look to Mildred’s (very interesting) future without ever being certain of precisely how things will turn out. Except that for those who have read all her books, we do find out, because Barbara Pym was very fond of referencing earlier characters in later novels.

The other characters are all superbly drawn, superbly realised. There are no cyphers – all are vivid and vividly recognisable, from the attractive Rockingham Napier – Rocky – who was kind to the ‘Wren Officers’ in Italy during the war and who almost charms Mildred in the same casual way, to the fascinating but selfish widow, Allegra Gray, who enchants the vicar, Julian Malory. ‘I was a little dismayed,’ says Mildred, who has felt reluctantly compelled to offer to help Allegra with her curtains for her new flat ‘as we often are when our offers of help are taken at their face value, and I set to work rather grimly, especially as Mrs Gray was not doing anything at all... “I’m afraid I’m not very good at sewing,” she said.’

Miss Pym’s pen can drip acid, so gently that you hardly notice that it is acid. As Mildred and her friend Dora travel to a school reunion we learn that ‘In the train we read the school magazine, taking a secret pleasure in belittling those of the Old Girls who had done well and rejoicing over those who had failed to fulfil their early promise.
‘”Evelyn Brandon is still teaching Classics at St Mark’s, Felixstowe,” Dora read in a satisfied tone. “And she was so brilliant.”’
Who among us hasn’t done something similar? Who among us can claim never to have known an Allegra Gray? Who has never found themselves reluctantly undertaking some task on behalf of another person who complacently looks on and points our how we ought to be doing it?

In short, I love this writer and I love this novel. The writing is subtle, deceptively simple, unshowy, intelligent in the best possible way, human, insightful and in the last analysis, loving. A. L Rowse said ‘I could go on reading her for ever.’ I must say, I feel exactly the same. How Cape could ever have treated her so badly is beyond me. I remember that article in 1977 in The Sunday Times – after Pym had been shut out, denied traditional publication for some fifteen years, after a very successful career - when Pym's friend Philip Larkin (of whom I was and remain a huge fan) and David Cecil both nominated her as ‘the most underrated writer of the 20th century.’ I had already come across her novels in library sales, and subsequently pounced on anything else I could find. She writes about a world we have lost, she writes with astounding truth about women, she writes about a society which has undergone vast changes, but because she writes the most profound truth and writes it from the heart, she and her work will never really go out of fashion. 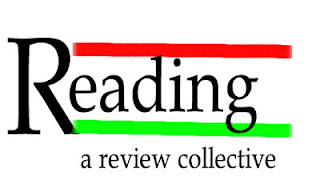 This is a 'Reading Between The Lines' review for the RBTL Review Collective. Go to our Facebook group for more review links here.

Lydia Bennet said…
This is my favourite Pym novel too, Catherine, with Glass of Blessings. But I love her books and I love her. Like you I have paperbacks in shreds with re-reading but now for the first time I've bought them all on Kindle so this re-read is a bit different! Looking forward to the Pym 100th birthday celebrations.
May 31, 2013 7:18 pm