THE AUDIO BOOK - CAN YOU DO IT YOURSELF? 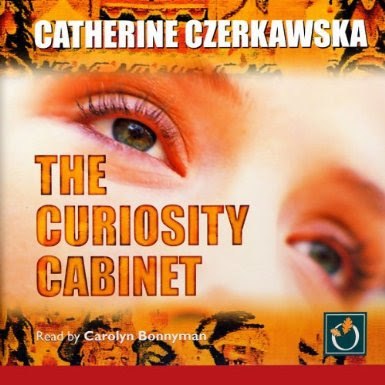 This piece -  originally written for the Authors Electric blog - was  very popular with readers, so it seems worthwhile to reblog it here. Lots of indie writers are thinking about audio and wondering whether they can go it alone or not, so here are some things to think about before you do.

For about twenty five years from the mid seventies to the turn of the new millennium, I wrote for radio. I have more than a hundred hours of produced radio drama to my name, including many original plays, series and serials as well as dramatizations of classics like Ben Hur, Kidnapped and The Hunchback of Notre Dame. Because most producers want the playwright to be there for the duration of the production – studio time is always tight, so you’re expected to do rewrites on the hoof - I’ve spent weeks in radio studios. Kidnapped and Catriona in ten hour-long episodes involved so much time in a small, stuffy Edinburgh studio with no natural light, that the producer pinned up a quote from Kidnapped on the wall: day and night were alike in that ill-smelling cavern. We knew how poor David Balfour felt. Although the hot scones sent up by the canteen at tea time were excellent!

I’ve worked with some wonderful producer/directors and equally good audio technicians. I’ve seen huge changes in the way audio is produced. I’ve also read my own work on radio – short stories, talks and poems. And I’ve written audio tours for the National Trust. Which is why I consider myself reasonably well qualified to advise writers about reading their own work for submission as an audio book.

Mostly, my advice would be: think twice.

There are always exceptions. You may be an actor as well as a writer and if you are, you’ll know how to set about it. You may also know all about audio recording or know a person who does. If that’s the case, you can go ahead with confidence. Otherwise, you should approach such a project with extreme caution. The difference between a professional and an amateur reading is marked and obvious to the listener. Anyone who has worked in radio knows that even among actors, there are some who have a flair for the work. Audio is a subtle medium. Bringing a novel to life, not overdoing it, but not making it boring and all while being aware of the technical constraints, demands a certain level of professionalism and experience. If you don’t have that, don’t automatically assume that you are going to be able to do it from scratch and do it as well as somebody who has spent several years learning the craft.

But there’s more to it than that. An unabridged reading of a full length novel presents challenges that you may not even be aware of. I was in the middle of writing this piece when I read some comments elsewhere and realized that many people don't understand that there is a vast difference between a full scale dramatization of a novel and a straightforward reading - even when a novel is read in several different voices. They are birds of a different feather. Hell, they aren't even both birds. It's like the difference between, say, a novel and a film. They are written and made quite differently. Most of my radio work involved this kind of full scale dramatization. The technique is to produce a very rough draft and then leave the book completely to one side and work at producing a stand alone drama for whatever medium you're working in, be it film, television or, in my case, radio, only going back to the book later, to make sure that you have done justice to the original. 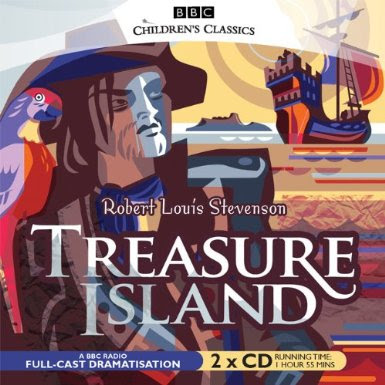 But for the purposes of this post, let's assume we're talking about a reading of the text of your novel, either the whole of it, or extracts from it. Trailers are fair game, as are short extracts and I’ve seen and heard some great examples online. But even with an ‘abridgement’, problems start to arise. For radio, these tend to be five or ten episodes of some fifteen minutes duration each and there are audio companies specializing in abridged readings. Fifteen minutes of audio is approximately five or six thousand words depending upon the pace of the text. So you can imagine what has to be cut out of an eighty or ninety thousand word novel to achieve an abridgement lasting ninety minutes. This in itself is a tricky job. I’ve done it a few times - albeit not with my own books - and it’s a great way of finding out the internal structure of a novel, of going straight to the heart of a piece of work. And I can imagine that it would be very interesting (and illuminating) to abridge your own novel for somebody else to read.

But an unabridged audio book? And you’re considering reading the whole of it yourself?
Before you do, here are some practical things to think about.

You’re going to have to read with clarity and subtlety, pulling your audience in, doing just enough but not too much of the ‘voice’ of each character. Remember that wherever you trip over your words – and you will trip over your words – even seasoned actors do it - you have to leave enough space for somebody (who?) to tweak the digital file so that when you resume, it sounds right. And what about turning pages? Although it would be easier and quieter to read from your Kindle. And those astonishingly loud tummy rumbles you weren’t even aware of but the microphone was picking up. Which brings me to how you are going to record it. Well – equipment is cheaper than it was, but you need the right acoustic. You need a dead room that excludes all extraneous sound. So you will still need to hire or borrow a studio and some technical assistance. A local college perhaps? Or you could find yourself a company who will do it for you.

The full length audio version of my novel The Curiosity Cabinet is on Audible. The reading, by Caroline Bonnyman, is superb. It was produced by an excellent small company called Oakhill which - back when it was first produced - paid me for the rights. This was when the novel was first published in paperback. If I wanted to produce a similar recording for my own use, and maintain control over it, I would have to pay somebody to do it for me. If you’re contemplating doing a recording of your own book, download a few similar novels read by actors – either unabridged or in short form - and ask yourself in all honesty if you could do it and keep it up for the several hours needed to read a whole book. Could you be consistent? And get the pacing and the overall tone right. And stop yourself from speeding up towards the end of a page or a chapter. Would you be able to continue a sentence when you turn over a page without hesitating between pages?  What about sitting too close to the microphone. Or moving your head too far away from the microphone. Or moving your chair, which creaks. Or finding when you play it back that you’ve done a horrible combination of all of these and introduced some weird extras into the reading. In other words, can you produce a polished and professional enough version to do justice to the novel you’ve spent so long perfecting? Well, you can do all these things with a good producer and a little practice. But I’ve sat in a studio with a producer and watched inexperienced readers taking an hour or more to record a decent, usable five minutes worth of radio. And that didn't even begin to involve the editing needed. So if you want to do it yourself, I think you need to acknowledge that you will need expert help. Or you could hire the right actor for your book.

I can do the short stuff myself. I’ve read my own short stories on radio. I have audio ‘times’ firmly embedded in my head, so I can judge the pace of a reading pretty well. I'm used to the peculiarly 'dead' acoustic that makes your voice sound odd to your own ears. I’m more experienced than most at this. I know a lot of the pitfalls.

This means that I would definitely like to have a say in who reads my book, just as most writers like to be consulted about casting for a stage play.

But would I read one of my own novels as a full length audio book?

I doubt it. I know too many good actors to believe that I can do it better than they can. I would never say never. But it would have to be the right novel, and it would have to be done in a professional studio with somebody who knew exactly what they were doing, producing and editing. Otherwise, I don't think it's feasible. But I'm quite happy to be proved wrong
abridgement Amazon audio books dramatization Kindle recording your own books for audio The Curiosity Cabinet Treasure Island

Jennie Walters said…
Oh Catherine - much of what you say in this fascinating post rings true, but I'm so glad I read it AFTER I recorded an audio version of my book, 'Eugenie's Story', and not before! I found a friend with recording facilities in his house and we did the whole thing there, with me narrating. Probably an actor would have made a better job of it but it was a fascinating experience and I'm glad I did it. As the book's in diary form and a friend told me I had exactly the right sort of voice for the character, I felt I could get away with it. I've sold several copies via Audible and have an audio clip to liven up my website, so I would say to anyone wanting to do the same thing, take note of Catherine's wise caveats, but if after much consideration, you still feel you want to go ahead, it's not impossible... (Free audio clip on my website, so others can judge!)
September 05, 2013 2:44 pm

Catherine Czerkawska said…
Hi Jennie - I'm glad it worked out! And I didn't want to say 'never' because actually, having proper recording facilities with somebody who knows how to operate them can make all the difference. Depending on the book, it's something I might try myself at some point (although not with anything I have out there at the moment) - but you're right about the voice for the narrator being so important!
September 05, 2013 3:13 pm