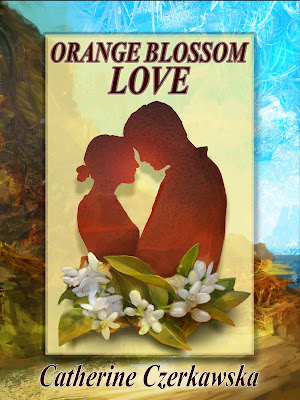 I've spent at least some of the last month or so (in between working away at the Jean Armour novel) revising a novel called Orange Blossom Love in a fairly drastic way. When I first began the project a couple of years ago, I thought it was going to be a trilogy of novels - a Canary Island trilogy in fact. There were two books, Orange Blossom Love and a sequel called Bitter Oranges. With the possibility of a third. But the more I thought about it, the more the idea niggled away at the back of my mind that this really wasn't a trilogy. It was a single big book, a fairly mammoth beach read.

Anyway, a little while ago I unpublished the sequel - fortunately, it has only ever been an eBook and only ever been on Amazon's Kindle store - and set about the task of joining the dots to make this into a single long novel. Which is what it now is, and - I hope - all the better for it.

It needed an edit in any case. There were things about it that I needed to tidy up and that's what I've done. But there was also a bit more polishing and pruning to be done, even though I had done masses of polishing and pruning already. I now hope and believe that it's a much better and more satisfying novel, mostly because it doesn't break off at a crucial point but carries the reader on to a satisfactory resolution.

My humble apology is to anyone who bought both books - but to be honest, neither of them was expensive and the single long version isn't so very different that you would notice much as a casual reader. And it hadn't sold that many copies, which I suspect is also because it didn't 'feel' like a series.

It's a big, very sexy, sunny, vacation read. It's about a holiday romance that turns into something a lot more permanent and what follows after - the challenges and joys of a cross cultural marriage. It's set on Tenerife, and La Gomera and - some of it anyway - in Glasgow. If you're contemplating a holiday in the sun this year - or even if you're planning on going somewhere a bit damper - you could do worse than download it onto your eReader. At about 160,000 words, it will keep you going for a while. The good news is that it's also available on Apple, and various other platforms as well as from Amazon.  This is problem the most romantic novel I've ever written, or am every likely to write!

Meanwhile, if you'd like to see some of the images, landscapes - and heroes - that inspired the novel, have a look at my Pinterest Board: Orange Blossom Love Inspirations.