The Physic Garden on a Kindle Daily Deal - Another Grown Up Love Story. 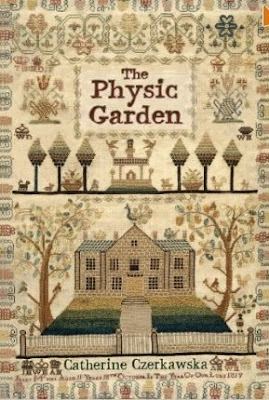 Today, that's 20th May, the Physic Garden is on Amazon on a Kindle Daily Deal, for one day only, so if you haven't read it and you're fond of historical fiction, you can give it a go for 99p. It was the Sunday Times's pick of historical fiction last spring and their reviewer liked it very much.

The physic garden of the title is the old medicinal herb garden of the mediaeval college of Glasgow University, back when it was in the centre of town, quite close to the cathedral. I never realised, when I named the book, how many people would read that word as psychic. But there's nothing spooky about it, although I'm not averse to writing about the paranormal! Just not in this novel.

When students studied botany back in the very early 1800s, they needed plant specimens and the physic garden was supposed to supply them. But at that time, the garden was suffering from industrial pollution from the nearby type foundry, and was dying. The lecturer in Botany, Dr Thomas Brown, asks William Lang to go out into the surrounding countryside to gather herbs for him and the two men strike up an unlikely friendship. It is on one of these expeditions that William meets weaver's daughter and bee keeper Jenny Caddas, and falls in love with her.

But there's a lot more to it than that. The story is told by William, in old age, looking back on the events of his youth. And we quickly become aware that something bad has happened. What that something is, you'll need to read the novel to find out. This is a book about a terrible betrayal, but also about a city on the cusp of the industrial revolution - a book about medical developments, about the early days of surgery, and how we treat women and their bodies. It's also a story about the painful getting of wisdom.

It's not as racy as some of my novels - Ice Dancing, for instance or Orange Blossom Love - nor as gentle as The Curiosity Cabinet. Nor does it have the big. bold, tragic central story of Bird of Passage (my current favourite!) or The Amber Heart although it's just as heartbreaking. I never seem to be able to write twice in a similar vein although I think the style is all me. But these days, when I'm asked what kind of things I write, I find myself saying 'Grown up love stories' - and that's what this is: literary fiction for sure, the voice a little dry and ironic, because of who is telling it - but essentially a love story. Who loves whom, though - well, that's the interesting part.

There's a Pinterest board too, where you can find out some more about the visual inspiration behind the novel.
Glasgow University Historical Fiction historical novel Kindle Daily Deal literary fiction love story Sunday Times The Physic Garden