Poems and Songs for Jean Armour 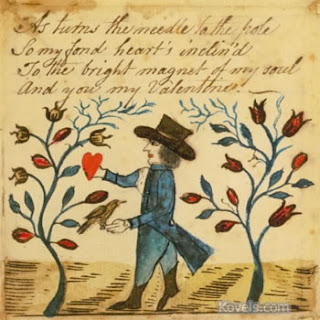 Back when I was researching my novel The Jewel, about the life of Robert Burns's wife, Jean Armour, I became aware that there were many poems and songs that had obviously been written with Jean in mind. I suggested to my publisher, Saraband, that it might be a good idea to collect them all together in one place, and they agreed.

The book - For Jean: Poems and Songs by Robert Burns  - is now available for pre-order here. It will be published in January 2017, just before Burns night. I've collected together the songs and poems that are definitely about Jean with some more that might be about her, or where the poet clearly had her in his mind. Many are love poems although one or two are angry poems of thwarted passion! There are notes on many of them, and a glossary where necessary.

This is a lovely companion volume to The Jewel, a nice Burns Night gift, and also, a very handy little volume for anyone looking for poems for and about 'the lassies' or for a recitation at the increasingly popular 'Jean Armour Suppers'.
Burns Night Jean Armour poems Robert Burns Saraband. recitations Scotland Scottish poet songs The Jewel