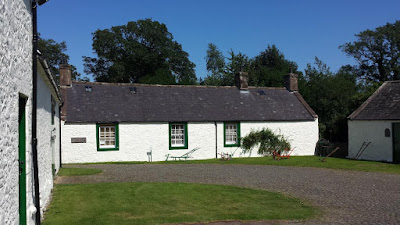 When I wrote a stage play called Burns on the Solway, some years ago, I found myself as interested in the poet's wife as I was in him. Perhaps more so. Which probably explains why I eventually decided that I had to find out more about her. A lot more. And then I wrote a whole novel about her, called The Jewel, which was published by .Saraband, in 2016.

Since then, she has never quite left me, and at this time of the year in particular (25th January is the anniversary of the poet's birth) I'm often asked to speak about her or the poet, or their relationship.

This weekend, I'll be heading down to Dumfriesshire, to the farm called Ellisland, which is a particularly special place to be talking about the poet and his wife. I'll be giving the toast to the 'immortal memory' of the poet - and what better building to do it in than the house that Robert Burns built?

Well, mostly he supervised the building and worked on the farm. He had finally formalised his marriage to Jean in spring 1788 and had taken the tenancy of this farm on the bank of the beautiful River Nith, but there was no proper house on the site. So the poet took lodgings with an elderly couple in a smoky, chilly cottage while his house was being built. His landlord had given him money to fund it. Only he kept riding back over the hills to see Jean in Mauchine. He called it The Honeymoon and if the poems he wrote then are anything to go by, he was very much in love with her. It was a happy time for both of them.This meant that the building went slowly, and eventually he rented a draughty, but more civilised house somewhere nearby, so that he could move his little family to Dumfriesshire: Jean, his little son, Robbie, (the only surviving child of two sets of twins) his cousins whom he was planning to employ as farm servants, and a young maidservant. I'm sure Jean couldn't wait to get there, and neither can I! 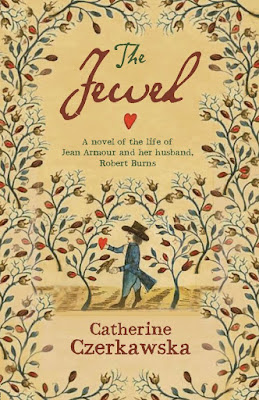