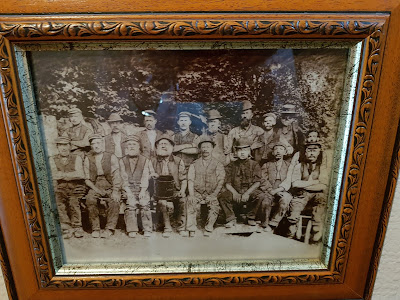 Last month, I wrote a short post about my new book: A Proper Person to be Detained. After that, I plunged back into more revisions and time consuming fact checking. A genealogist friend has given me more help than I deserve - bless her - and I don't think I could have undertaken this project without her. The book is the true story of a murder and its aftermath, as well as a complicated tapestry of a part of my own family history, the Irish part, about which - before I embarked on this book - I confess I knew very little.

Now I know a lot more. Sometimes, over the past year, it has struck me that I know rather more than is good for me, because it has turned out to be a harrowing tale. But then every family has a harrowing tale or two, somewhere in its past.

The last couple of months have been taken up by ordering yet more PDF birth and death certificates from the General Register Office (I might as well have mortgaged my house to them when I add up how much I've spent there) and browsing Ancestry, trying to solve mysteries, some of which have remained tantalisingly insoluble to this day. In November and early December, and with the book written and more or less edited, but with questions still remaining, I spent some time surrounded by dozens of bits of paper, trying to piece together the final jigsaw puzzle of fact, error and speculation. The mark of a great editor is not that they try to change your style or rewrite  - it's that they have the knack of asking exactly the right difficult questions! I have a great editor.

One thing you learn very quickly when undertaking research of this kind is just how many of the online details are wrong. You learn to take nothing for granted. People make assumptions based on what they think they know about the past. Once you realise that they have made wrong assumptions about people whose details you know well from memory and acquaintance, you learn to treat a great many other supposed 'facts' with a certain amount of scepticism. Often the simplest explanation will be the true one - but not always. There is as much misinformation as information out there.

But I promised you a little pre-Christmas ghost story, didn't I?

So here it is. When you're writing something as immersive, as personal as this book turned out to be, you become so absorbed in the world you're exploring that it can be hard to escape. And just occasionally, something strange happens, something seems to intrude from that world into your everyday life, rather as though you had conjured it. Just as a few weeks ago, something like this happened to me.

In the picture above, to the right of the man with the beard and the tar barrel, sits my great grandfather, James Flynn, sometimes known as Michael. He's the one with the moustache. He was born in Ballinlough in County Roscommon. One census record says he was born in Liverpool, but as soon as he is allowed to write his own details onto the form, he is very precise about his place of birth, as were the rest of the family, who spoke of his strong Irish accent, and the fact that he had come over to Leeds as a road builder. In fact, he was a paviour, quite a skilled job.

I never knew him, but everyone who had known and loved him described him as a kind and generous man. He had his faults, but he was certainly a good man. I wrote about him, and about the role he played in my great grandmother's life. And as I wrote about him, he became very real indeed to me.

I was, of all places, in a supermarket car park. It was a fine day for once, and the low winter sun was shining full in my eyes and dazzling me as I headed towards the shop, when I felt somebody tugging gently at my arm.
'Madam, madam,' he said, 'Can I trouble you for a moment?' and the soft Irish accent was unmistakable. I peered at him through the halo of light, and a thin, kindly face, smiled at me. Surprised, I had stopped in the roadway, and again very gently, he ushered me onto the pavement. 'I was wondering,' he said. 'If you might be able to give me a little money to buy some breakfast. I really am very hungry, and nobody back there ...' he glanced towards the shop front 'will help me.'
He looked quite hungry. And he looked - well, he looked dusty. Dusty all over. Not dirty or unclean, just muddy. A working man in working boots. 'You see,' he said, as though it explained everything, 'I've come from Ireland.'
'Yes,' I said. 'Yes, I can hear that.'
I gave him a fiver for his breakfast - it was all I had in my purse at the time - and he said 'God bless you, madam, God bless you,' and raised a hand to me and walked off across the car park.

When I looked back, he had gone.

Coincidence, of course. All coincidence, the more prosaic among you will think. And so do I, in a way. But it shook me. I walked into the shop, feeling the tears starting behind my eyes. I kept wanting to tell somebody about it. I did my shopping in a dream and for all kinds of inexplicable reasons felt both sad and happy about the encounter all the way home. 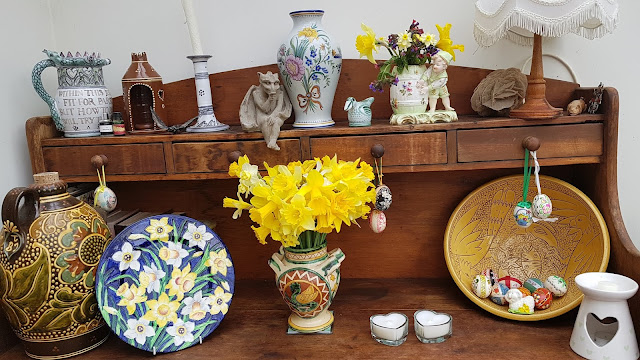