Bird of Passage, A Labour of Love, Shame and Sympathy 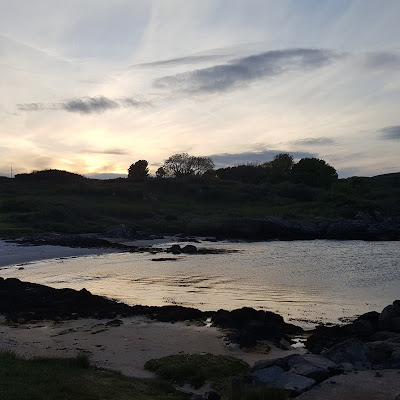 My novel Bird of Passage is on special offer on Kindle this week. It's a big, chunky read, and it's going cheap, so it will see you through a few more days of lockdown!

When I was posting about this on Facebook recently, various people told me how much they love this book. The group included a professor of English Literature, which should tell me something. Not least that I have some lovely discerning friends.

Somebody asked me if I thought that the potentially controversial subject matter had put publishers off since this is a book that has never been traditionally published. Well it could be so but the truth is that I've found it almost impossible to get publishers to read it. And that's in spite of many of my books being traditionally published by publishers I like and respect. So it hasn't been rejected for any intrinsic faults. It has just, somehow, along with another novel called The Amber Heart that I've been editing during lockdown, slipped through the net.

I'm never sure why. One of the problems may not lie in the controversial nature of the subject matter but in the fact that it is a kind of 'homage' to Wuthering Heights, which I love, albeit with a (fictional) Scottish island setting. This seems to be problematic, perhaps because people think it's a retelling, when it's not. How would I dare? But it certainly is, as one reviewer says, a re-imagining of the novel in a modern setting. The novel explores the terrible effects of institutional childhood abuse; it is about what people have to do to survive, and how that in turn affects those around them. It is also an exploration of the destructive nature of obsessive love.

The background to Bird of Passage involves an issue or indeed a set of issues that are difficult to write about, problematic, sickening and to some extent neglected or even suppressed. My second major professional stage play, Wormwood, was a piece of ‘issue based’ drama so I know all about the problems and pitfalls. I’ve even run workshops on it for the Traverse in Edinburgh.

But Bird of Passage is – and feels – very different.

A lot has been written about the notorious Magdalene Laundries but not so much about the Industrial Schools to which youngsters were committed by the Irish state over a long period of time and – it has to be said – long after the UK had decided that treating vulnerable children in this way was a Bad Thing. The schools were run by religious organisations, and there was a capitation payment: a sum of money for each child removed from an ‘unsatisfactory’ parent or guardian and incarcerated.

These were vulnerable children, treated as young criminals. Sometimes they were the sons and daughters of the women sent to those Magdalene Laundries on the flimsiest of accusations. They might be orphans. Or seen to be 'out of control’ (which could cover a multitude of small crimes). Or just plain poor. Single parents and their offspring seem to have been fair game.

Once they hit sixteen, of course, the payments stopped, so they were effectively shown the door. But even then they were not free. Thoroughly institutionalised, they would be sent to work on farms for low pay, under the impression that they must stay where they were sent. In some cases, the police were alleged to have conspired in this belief, returning escapees to the forced labour they were trying to escape. Eventually they would realise that they were free to go.

Industrial schools continued in Ireland until the 1970s.

The extreme physical abuse was at least as appalling as the sexual abuse but really it was all part of a regime of unrelenting cruelty and almost unbelievable sadism. One of the survivors has pointed out that it was the absolute randomness of the physical cruelty that was so horrific. There was seldom any connection between the beatings and any misdemeanour. All of this is documented in various accounts as the survivors, even now, struggle to be heard and struggle for redress - although as I say, it's not widely publicised.

Some of them, unsurprisingly, turned to alcohol to drown out the pain. Some survived and made a good life for themselves against all the odds. Some – with few skills, because the ‘schools’ provided little in the way of real education – came to mainland Britain and worked as unskilled labourers until they grew too old and too troubled to function properly.

In Bird of Passage, Finn and his friend Francis are placed in the Industrial School system in 1960s Ireland. In the way of characters – well, the characters I write about – Finn and Francis took shape and form as I wrote. I didn’t set out to ‘make’ them victims of a regime of appalling cruelty so much as discover the truth about them. It seemed like a process of interrogation. Why were they as they were? Eventually they told me.

I read a number of accounts of the experiences of boys and girls in these 'schools' that were more like prisons and was moved to tears by them. I hope some of that horror and pity found its way into the novel. Of course, the novel is about much more (and also much less) than that. It’s a love story of a kind. It’s a story of obsession and damage and the destructive power of passion.

But the background is so appalling that I find it hard to write about it in any kind of promotion for the novel. It’s as though the fact that it is 'interesting' in the sense that these things should be known and discussed and brought out into the light of day feels somehow shameful. I’m invariably seized with a feeling akin to embarrassment. Within the novel – that’s one thing. It seemed all right and even desirable to write about it there. I have an Irish background on my mother's side, and have written about the truth of that elsewhere. The characters felt real, and I felt the most profound sympathy for them as I wrote about them. Finn's story moves me - as I hope it moves the reader.

It’s when it comes to writing about the story that I shy away from saying too much. Perhaps it isn’t my story to tell. But then, there’s a part of me that knows these stories must and should be told. And sometimes writers have to try to speak for those who don’t always have a voice.

Eileen McKoy said…
Dear Catherine: I am always delighted when one of your Kindle books is published. So I am happy to learn that “Bird of Paradise” has been published and I have ordered it today. I look forward to reading it and will insert in my copy your discussion of this book and its significance for you. Sincerely, Eileen McKoy
January 17, 2021 9:47 pm