At Brow Well on the Solway 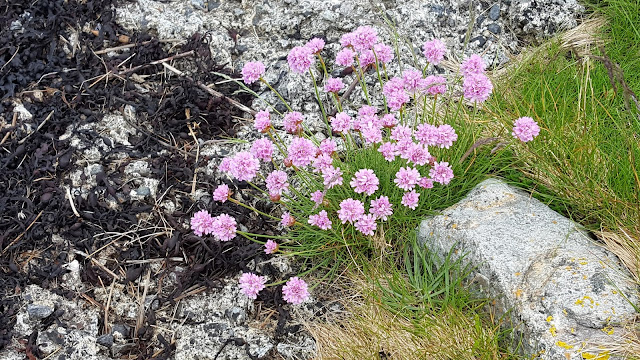 At Brow Well on the Solway, you walk to the very edge of the land and almost tumble into a mass of thrift, clumps of pink flowers fringing the shore, like some wild garden. They face the sea, looking outwards and when the wind blows through them, they tremble with a dry, feathery sound.

At all times of the year, the wind blows unhindered across these mudflats. There is nothing to stop it, down here, on the Solway. The sky is dazzling: high and bright with the glitter of a sun half hidden behind clouds. It is a place of endings, of dizzying infinities. A place where long horizontals constantly carry the eye outwards and beyond.


In June, when the thrift is still in bloom, it is as restful as it will ever be. There are wild roses in the hedgerows, white, pale and dark pink. There is a froth of bramble flowers with the promise of fruit to come. Oystercatchers and peewits patrol the mud. There are whaups bubbling in the peaty wastes. And you can hear the laverock, climbing higher and higher, to the very edges of sound and tumbling through the skies in an ecstasy of movement. Down there, in front of you, a burn meanders through the mud, fresh water meeting salt, while beyond that again is more mud and silver water, cloud shadows and the misty hills of another country. But it is still the loneliest sight you will ever see.

On the third of July in the year 1796, Robert Burns left his home in Dumfries and travelled to Brow Well on the Solway. It was, essentially, a poor man’s spa. There was a chalybeate or mineral spring with a stone tank built to house it and not much else. One Doctor Maxwell had diagnosed a wholly fictional malady called Flying Gout, and advised him to drink the waters in an effort to alleviate his symptoms. He was thin, he was weak, he could barely eat and he was in constant pain. He stayed in a cottage close by. He ate a little thin porridge, and drank some porter with milk in it. When the porter bottle was empty, he told his landlady that the ‘muckle black deil’ had got into his wallet, and asked her if she would accept his personal seal as payment but she refused it and brought him the porter anyway. 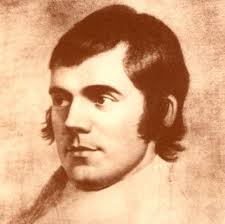 In July, the thrift would have been dying. As well as instructing him to drink the foul tasting waters, the doctors had recommended that Robert should try seabathing. They were only following the fashion of the time. In the south of England there would have been snug bathing machines and separate beaches for men and women to indulge in the novelty of salt water against skin. One month’s bathing in January was thought to be more efficacious than six months in summer. But perhaps there was a sense of urgency in the poet’s case. No time to wait for winter.

He was, no doubt, in that state of desperation where you will try anything. He would have gone struggling and staggering and wading into the sea, half a mile every day, far enough for the water to reach up to his waist, because that’s what the doctors had advised. Did they know how shallow these waters were? How far he would have to walk? How bitter the struggle for desperate mind over failing flesh? His landlady would have gone flounder trampling when she was a lassie, kilting her skirts up and wading out into the firth, feeling for the fishes with her toes. Did he feel the Solway flounders slithering away beneath his unsteady feet? It was his last chance of a cure and he was full of fear. Fear for his wife who was heavily pregnant. Fear of debt. Fear of death.

Nearby is the village of Ruthwell. In the church, there is an Anglo Saxon Cross. It is so tall that the floor has been dug out to make room for it. Because it was judged an idolatrous monument with its intricate carving, its runic inscriptions, which must have seemed suspiciously pagan, it was smashed into pieces on the orders of the General Assembly of the Church of Scotland. That was in 1664, but it lay where it fell for many years and the good folk of Ruthwell used the stone blocks as benches to sit upon, while they yawned their way through interminable sermons. They had to destroy it where it stood, because the cross was there long before the kirk, which was built around it, an irony which seems to have been lost on these stone killers, as they were sometimes called. They would light fires beneath the stone and pour cold water on the cracks until they split apart.

Later the pieces were removed into the churchyard, which was where the poet may have seen them. In 1818, one Henry Duncan gathered the fragments together and restored the whole. The runes are a quotation from a powerful Anglo Saxon poem called The Dream of the Rood. It is a poem in two voices – the dreamer who relates his dream and the voice of the cross itself, telling how he – or perhaps she, for there is a certain sexual element in the poem - was cut down in the forest, how the young hero was sacrificed, struggling in blood and pain upon the body of the tree, both of them victims of a savage betrayal. Rod wæs ic aræred. Ahof ic ricne cyning. A cross I was raised. I lifted the mighty king on high. The poet’s voice calls to us down the years but only if we are willing to listen.

The seawater would have done some good only in that it numbed the pain. In July at Brow Well on the Solway, you can still hear how the laverocks climb to the very edges of sound while at his feet there would be the silvery meander of a burn finally finally

It would have been his last chance. 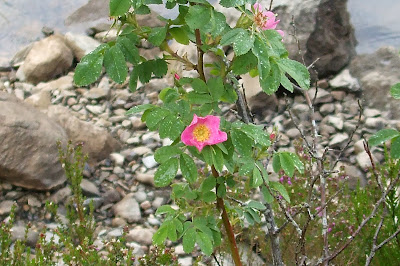 He had been a week at the salt water and had secret fears that this business would be dangerous if not fatal. No flesh or fish could he swallow. Porridge and milk and porter were the only things he could taste. And how could he attempt horseriding, which the doctors had also ordered, when he could not so much as drag himself up into the saddle?

‘God help my wife and children if I am taken from their head with Jean eight months gone’ he wrote. He sent letters to his father-in-law, James Armour, begging him to ask Jean’s mother come to Dumfries, but Mary Armour was visiting relatives in Fife and there was only silence from Mauchline. His correspondence reeks of desperation.

From the middle of the month, the tides were unsuitable for bathing, so he went home, borrowing a gig from a farmer named John Clark, in Locharwoods. When he got back to Dumfries, he was too weak to walk up the Mill Vennel, let alone climb the stairs to his bed.

Poor Burns had almost run his course. Still, he must struggle with the stream, till some chopping squall overset the silly vessel at last. Love swells like the Solway but ebbs like the tide. Life too. And all the sweet waters flowing by, the bonnie banks and green braes, all the soft flesh, pressed close, all these things come only to love and he was a poet who wrote of love.

It is not hard to see these things, here at Brow Well, on the Solway. He walks to the sea, and comes to the edge of the land and almost falls into a great mass of thrift, clumps of pink, fringing the shore like some wild garden. But it is already dying. You can picture him. You can see him in your mind's eye, as he goes struggling and staggering and wading through the water. It is July. The wind blows unhindered across the mudflats.

You come to the edge of the land. The thrift fringes the shore like some wild garden. But it is already fading to brown. When the wind blows through the flowers , they tremble, with a dry, feathery sound. You walk to the sea and there are laverocks singing. Who knows where sky ends and sea begins or where sea dissolves into sand? This is a place of endings, a place of infinities. He, who always sang of rivers and streams, is coming, at last, to the sea.

You can buy a copy of the Jewel here