Of Blaeberries, Midgies and a Scottish Love Story 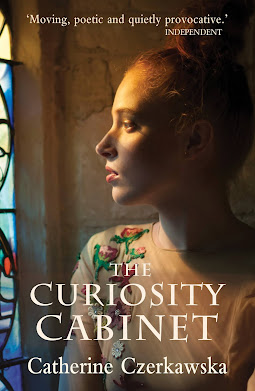 At the weekend, a couple of Polish friends living in Scotland posted pictures online of a place that used to be one of my dad's favourite hill-walking destinations: the Loch Cornish walk in the Galloway hills. We went there often when I was younger, and we would especially go there when it was 'blaeberry' time. These are the small, sweet, aromatic berries that grow on our hills, our islands, our moorlands and - as my friends reported - in Poland too, where they feature in many recipes. My dad used to make blueberry pierogi, which were particularly delicious. It is just a little late in the year now to find many of them. It's a short season and the birds and small mammals make short work of them. As far as I remember, we would go in late July or early August.
This also happens to be the height of the midge season here in Scotland. The Scottish 'midgie' has a deservedly fearsome reputation. I remember one year, when I was in my teens, heading for the hills with my parents. Knowing that we would be harassed by flies and midges, my father packed three old 'net' curtains along with the picnic. Draped in these, we picked pounds of the luscious berries. The dog had learned to pick them too, seeking them out and nipping them off with her small front teeth, although since she always ate them herself, she didn't contribute much to the hoard. I remember her finding a good patch and browsing contentedly while we picked. A few other hillwalkers passed us by and - seeing three people draped in white, crouching down and engaged in what must have looked like some primitive Druidic dance - gave us a very wide berth.
Anyway, our blueberry/blaeberry/bilberry conversation reminded me that I had always wondered why the blueberries I buy in the shops never taste remotely like the blueberries we used to pick on the hills. They are big balls of sweet nothingness, whereas the genuine blueberry has a strong aromatic flavour. My Polish friends (who know all about these things) pointed out that the balls of sweet nothing are known as 'American Blueberries' in Poland. They are vaccinium corymbosum, (the Highbush Blueberry) whereas the luscious European berries are vaccinium myrtillus, the European bilberry, blueberry or - in Scotland - the blaeberry. Corymbosum look good. Myrtillus taste good.
Which makes me wonder why some enterprising fruit farmer over here hasn't turned over some of his or her land to growing genuine native blueberries on a commercial scale. I'd buy them.
Finally - all of this reminded me of a rather sexy passage in my novel The Curiosity Cabinet in which Henrietta, exiled to the small Hebridean island of Garve, for reasons that only emerge at the end of the novel, is gathering blaeberries, and almost trips over her reluctant captor, Manus McNeill, 'lying full length on a bed of heather, staring at the sky, his arms pillowing his head.' For the first time they hold a genuine conversation about her background, and she finds herself touched by his anger on her behalf, without understanding just what lies behind it. For the first time too, they acknowledge a mutual attraction. And if you want to know more you'll have to read the book!
It was one of my first published novels. I've gone on to use the same island setting in a couple more novels, but I find that I have a genuine lingering fondness for the people in this one - especially Henrietta and Manus who are not really a conventional hero and heroine. Looking at the many nice reviews, a number of other people think so too.
18th century Scotland Blueberries Highlands Historical Fiction midges Poland Scottish fiction Scottish folklore The Curiosity Cabinet