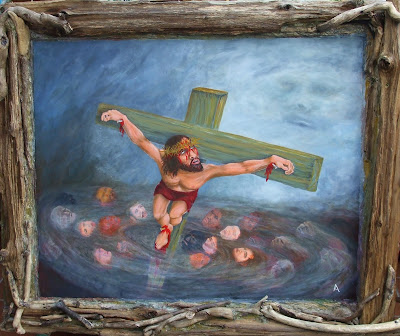 My husband, Alan Lees, painted this extraordinary crucifixion scene a few years ago. It's huge and heavy and the frame is hand made of Scottish driftwood. He titled it 'the Execution' and by any standards, it is an amazing piece of work.

He is now talking about chopping it up for firewood. He means it.

It has been in his studio for so long, and is simply taking up too much space. Dear reader, we have tried to find a good home for it, and so far, we have been unsuccessful.

The truth is that it took some six months to paint, but now, he would either be willing to accept any reasonable offer for it, or simply to give it away to a good home, a church, a religious foundation or similar. The only proviso is that the recipient has to be able to pick it up themselves. It is large and heavy, but it would fit into the back of a biggish hatchback, the kind of vehicle where you can tip the back seats down. Or a small van. By the same token, we can't parcel it up for sending overseas. If you or your organisation wants to do that, then it's down to you to arrange it.

But if you'd like to save the picture, it would surely be a small price to pay. 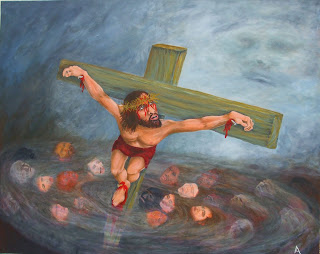 A couple of years ago we offered it to Christian Aid. They said they would look into it - but they can't have looked very hard, since nobody got back to us.

Now, Alan has given it till Christmas. Then he'll get the axe out. He is, I have to say, perfectly capable of destroying this. More likely (if we twist his arm because it seems such a shame) is that he may just paint over it. Either way, a somewhat stunning piece of art will be gone, through sheer lack of interest.

Is there anyone out there who can help? 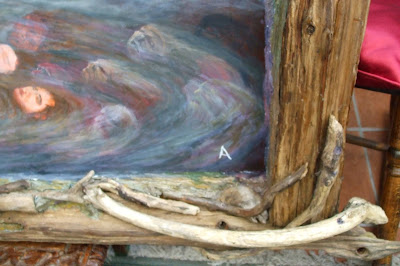