Agents and Publishing - Some Further Thoughts 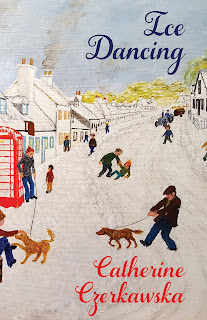 That last post about my disappearing agents was so popular, that I thought a few more random reflections  might be helpful.

1: I would never want to deter new writers from going down the traditional route, or trying to. Once you've got a good portfolio of work under your belt, there's no harm in sending out query letters if that's what you want to do. Just don't be persuaded that an agent is the only way to publication. I've known people with fantastic agents, who have been instrumental in their success. I've known people who have got onboard with agents in the wake of success. And I've known plenty of people who have secured the services of an agent, only to realise that they spend too much time writing to the demands of their agent, who is often looking to predicate the next big success in terms of the last big success.

2: In the interests of balance, remember that agents and publishers all get horrible submissions all the time. Not just bad writing, but badly presented bad writing. Cobwebby documents that have sat in folders for years. Manuscripts printed out on two sides of pink paper, with single line spacing and coffee rings all over them. Entitled authors who want an immediate response and don't like it when they get it. So DO have a little patience and respect and - above all things - professionalism.

3: Back when I was starting out on this long hard road, a good agent didn't expect to edit. That was the job of the publisher. If the manuscript was good enough, then the donkey work would be done between writer and publisher's editor, with some payment changing hands in advance, facilitated by the agent. This is not the way it works now.

4: Now, the publisher expects the agent to submit an 'oven ready product' so in general, your agent is going to keep telling you to go back to the drawing board, in an effort to second guess the publisher and the 'market'. But those requirements will change over the course of the time it takes you to do rewrites. Also, many big publishers seem to have an informal 'three strikes and you're out' policy, so if an agent has three (possibly fewer now) projects by the same author turned down, they won't look at a fourth. To prevent this, the agent may keep sending you back to the drawing board. And this may mean that you finish up with several projects that you like and can self publish. (Like the nicely reviewed Ice Dancing above!) On the other hand, it can mean that you get stuck rewriting the same book over and over again.

5: Finally, read Stephen King's On Writing. Best 'how to' book ever, although it's more of a memoir than anything else. Briefly, his advice is to read a lot and write a lot. I couldn't agree more.