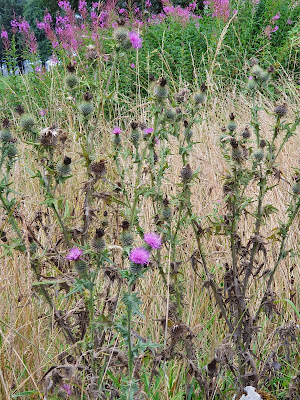 It was the Facebook ad for the supplements company that started it.

It bugged me all the following week. Which is why I'm writing about it. I suppose that's what writers always do. Try to get some perspective on disturbing things by writing about them.

I thought at first glance that it was a spoof. It consisted of a Union flag, accompanied by a cartoon British Bulldog.  And essentially, it was advertising 'British supplements' made without all those 'nasty' foreign additives, of which it included a full list, most of which were harmless components of various herbal supplements. It only just stopped short of telling us that foreign supplements were (as my nana used to tell me about chewing gum, in an effort to deter me from wanting it) made of monkey bones.

Sadly, it wasn't. It was a jingoistic little ad from a jingoistic little country, and the comments were full of jingoistic little people saying how wonderful it was to have these unpolluted British supplements. It's out there, and I'm not going to link to it. Its strapline, unpolluted by commas, is 'clean strong no nasties'. It aims to promote 'British values' but it wants to 'open up a manufacturing branch in the USA'!

This has been fermenting away in my mind, coupled with all those headlines about the EU supposedly 'blockading' poor little Britain, when in fact it's just about to enforce rules for non EU members that we helped to formulate back in those good old days when we were still in the club. The only country that might have been blockaded was Ireland, by England, but having bought some nice new ferries from Korea and opened up new routes, Ireland is doing just fine.

Today, I saw a bunch of older people, on a Facebook group, making nasty, mean spirited, jingoistic comments about refugees from Afghanistan. It reminded me of those people who used to tell my mum that the 'Poles should go back where they came from', right after she had married my Polish refugee dad.

The sad fact is that I'm a mongrel, a citizen of nowhere, and since 2016, although I was born in England, I've hardly felt British at all. I've lived in Scotland on and off since I was twelve and love this country very much. It's been good to me as it was good to my dear dad. Even now, people who used to know him will be at pains to tell me how much they liked him and, in some cases, how much he changed their lives for the better.

But from time to time, I still feel like a foreigner here. More and more often, these days. And when I do, I find myself wondering if my dad felt the same - sometimes, often, never? He never spoke about it. I wish I could ask him now, when everything I thought I knew and felt about this disunited kingdom is open to question.

gz said…
This sadly now isolated isle.
Not in any European group but still physically one of many of the offshore islands of Europe.
Such a blinkered outlook.
September 05, 2021 9:27 am