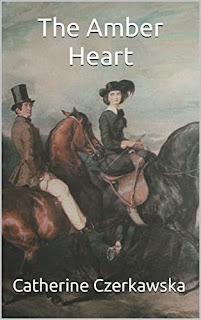 All my writing life, people have been giving me advice. Some of it was solicited, and some of it wasn't. Some was useful and some wasn't.  I once asked an established artist friend if people routinely told her that she ought to make drastic changes to her work, and she looked at me as though I had gone mad. 'No' she said. 'No, they don't!'

I don't mean skilled editing. A good editor can help you to see the whole wood when you're obsessing about individual trees. I mean the person who tells you to turn your book into the kind of book they would have written themselves, if only they could write. Two different people once told me to cut a third of a novel. The trouble was that one wanted me to cut the first third and one wanted me to cut the last third.

Neither of them was right, although the book in question certainly needed a lot of pruning. In fact when I did prune it, here there and everywhere, I probably deleted just as much as they had been recommending. But they had gone for the easy option which said more about them than it did about the book.

Beta Readers worry me. I don't have them, but I worry about other people's reliance on them. Most (although not all) writers want to be read. We're in the business of communicating. And we often have some hypothetical reader in mind. But most of the time, we're writing the kind of book we want to read ourselves, telling the stories that gnaw at us till we put them into words, the ideas we feel passionate about.

Which is why when somebody says 'I've got this great idea for a book!' our hearts sink. We may smile politely, but what we're really thinking is, 'well go and write it then.' Other people's ideas for books are just like other people's dreams. Only our own are interesting to us. We may like to chat to our readers once the book is published. I know I do. We may like to hear from them, and answer questions and even debate with them. But I don't want any random reader critiquing my work before the event.

Which leads me, in this rambling post, to note that I've just finished reading Kingfishers Catch Fire and I'm wondering as I do with all her novels, why it has taken me so long to discover Rumer Godden's work. Why didn't it feature as part of my course work all those years ago when I did a degree in English Language and Literature and when the first two years consisted of a quick gallop through 'the canon'. Mind you, the canon was mostly male, dead and English (even in Edinburgh) so it isn't too surprising.

Godden tells wonderful tales. And that brings me back to the thorny problem of advice. I'd lay bets that if a beta reader had got their hands on Godden's extraordinary work they would have told her everything that was wrong with it, just because it is so strange and so different from anything they might have read before.

Then it struck me that the one piece of advice I wish somebody, anybody, had given me when I was just starting out, was this: Tell your story and tell it well. But first and foremost tell it for yourself. If you're bored with it, everyone else will be. If you're engrossed in it, passionate about it, and if you truly know what you're writing about, there will certainly be somebody out there who loves it too.