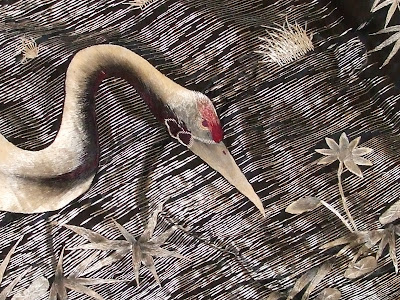 To be clear - I haven't made my Christmas pudding yet this year, and I may even have a year off. Or as the Sheriff of Nottingham so memorably said, 'cancel Christmas and no more merciful hangings'. However, a friend asked me about this recipe the other day, and since so many people seem to be keen on cooking and baking these days, I thought it would be nice to post it on here. I've been making this for years, and had to dig into the back of an old bakery book to find it written down. The book was inscribed from 'Auntie Vera, to Catherine, Christmas 1973'. But in fact my mum first found the pudding recipe in a Radio Times Supplement from December 1966, Fanny Craddock's Guide to your Christmas Table. (If you don't know about Fanny, she was a phenomenon!)  Her pudding recipe was the one that the great chef Escoffier made. But in our family, we modified and changed it over the years, so like the proverbial axe that has had several new handles and blades, i…