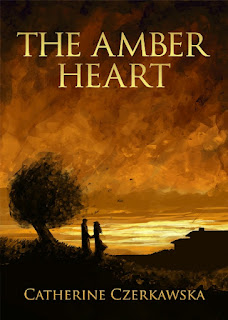 If you just happen to be reading this post on Wednesday 13th or Thursday 14th June 2012, you'll find that you can go to Amazon's Kindle Store and download my two newest novels for nothing. If you've missed the giveaway then you can still download them for the price of a couple of lattes - or a latte and a half, depending upon your cafe of choice. (I'm a Cafe Nero addict, here in the UK - an Italian style chain with cool, stylish interiors, friendly staff, good coffee and good music - and no, they aren't paying me to say as much!)

One thing I've learned from the various reviews of this book over the past few weeks, as well as direct messages from readers, is that they have sometimes been uncertain as to whether they'll like the Polish historical background.

One enthusiastic reader remarked honestly that she thought it might be out of her comfort zone, but then got thoroughly swept up in the story and setting, found that she loved it and wanted to tell other people about it. Another calls it a 'rollercoaster of events and emotions' and I hope it's all of that. It's certainly what I intended it to be when I was writing it. And it's certainly what I myself felt about it as a story. 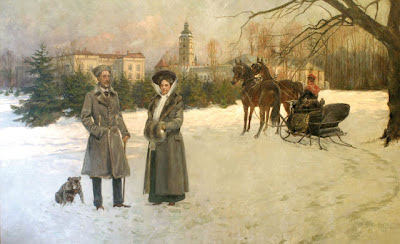 However, I can completely understand why readers might be a bit reluctant. For many of us here in the west, we have a vision of the Poland of the cold war years firmly lodged in our brains - part of that great unknown empire beyond the 'iron curtain.' When I was a little girl, growing up in post-war Leeds with my lovely Polish father and Irish mother, I used to hear them talking about the iron curtain and imagine it as a real barrier, a huge hanging made of shining metal, sweeping across the countryside.

But for me, there was another Poland and that was the one my father told me about, as magical and unattainable as a place in a fairytale. 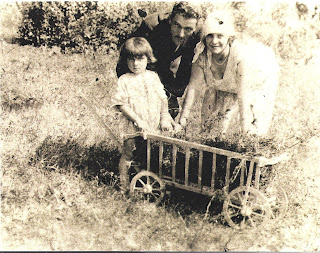 I was quite a sickly child, with severe asthma, and dad would sit beside my bed and patiently weave his own lost past into fabulous stories for me, describing his family, most of whom had died in the war or in the various skirmishes that preceded it, especially in the east.

But he also told me tales of a time long before that: the superstitions and beliefs, the songs and poems, the eighteenth and nineteenth century history which he had absorbed when he was just a little boy himself.

His tales were full of that long-lost world of the Austro Hungarian Empire, where privileged people drank tea out of silver samovars, ate preserves from porcelain dishes with tiny silver spoons, and sometimes visited Vienna where they would eat cake ... and dance.

Of course it wasn't all like that. This was in so many ways a savagely dangerous world. Human life was cheap  and as well as the cake and the dancing, there was abject poverty and prejudice, bloodshed, misery and disease. All of these things have found their way into The Amber Heart, as well as an equivocal but attractive hero in Piotro, a heroine whose faults match her virtues in Maryanna, and a setting which I still find myself revisiting in my mind's eye from time to time - the big, beautiful, pancake yellow house of Lisko.

Give it a try. You might find yourself swept along too! 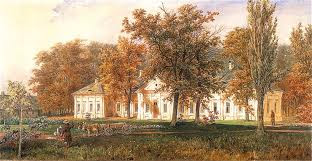 The only thing I ask is that if you do download this and enjoy it, you'll snatch a few moments from your busy day to tell other people what you liked about the book - and maybe tell me too. (Even if it's only the Viennese chocolate cakes and pastries, which I certainly had a lot of fun writing about...) 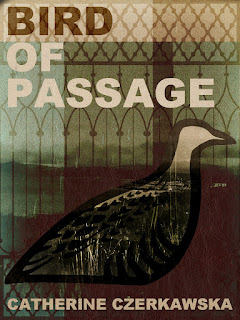 At the same time, you can download my contemporary novel, Bird of Passage. Here in the UK and here in the USA. Although the settings for these two novels are quite different, there are some similarities between them. Both owe something to my passion for Wuthering Heights, although of the two, Bird of Passage is by far the more intentional homage to that book. Even there, the references are quite subtle.

There are other similarities between The Amber Heart and Bird of Passage which I only noticed after I had finished writing and revising both novels. Both are love stories, both are big books in the sense that they are reasonably long and span a great many years.

I realised quite quickly  that I needed the elbow room to tell the whole story in each case.

Bird of Passage, which begins and ends in the present, has something of the 'family saga' about it. Mainly though, it's a haunting tale of obsessive love, betrayal, loss and institutionalised cruelty, set in Ireland and Scotland. I found some parts of this very distressing to write. It took me a long time to realise what had made Finn, my central character, into the person he was. I resisted exploring it. The book felt stuck and stupid for a while. But once I found out what had happened to Finn - and that's exactly what it felt like - finding it out - everything came together for me, even though exploring it was still a painful process. By then, I cared for Finn quite as much as Kirsty in the novel.

Both of these books have something else in common and I'll own up to it here. It was almost impossible for me to find a conventional publisher for these two novels  although I and my agent(s) spent long and frustrating years searching. I'll let you into a secret. One of the many editors who said of Bird of Passage that she 'loved it but didn't think she could sell it' told me that it was 'too well written to be popular but not experimental enough to be literary'. Even back then, when eBooks were just beginning to loom on the horizon, I despaired at the judgement and thought it was a serious indictment of the way in which conventional publishing views its potential readers. The books I loved to read myself were accessible, well written stories that drew me into a world created by the writer. That was what I wanted to write. I couldn't imagine (and I can imagine a lot of things - it's what I do after all!) that I was alone in this.


But really, this is not a complaint. I used to have a few chips on my shoulder, I'll admit. I had too many years of agents and editors raving about work which they could neither sell nor publish. Even the sympathy of friends was unbearable. But now, thanks to Amazon, and Kindle, I'm as happy in my work as I have ever been in my life. And I have more stories to tell, more novels to finish and new books to start. So watch this space.

For those who are still not quite sure about eBooks, or just don't like the medium, I'll definitely be getting both of these out as Print On Demand paperbacks, early next year. Sooner, if I can manage my time just a little more efficiently.

Meanwhile, if you want to know more about me, visit my website at www.wordarts.co.uk and if you want to know a bit more about the Polish background to the Amber Heart, visit my other blog at http://theamberheart.blogspot.com
agents Amazon contemporary fiction eBooks fiction historical novels Indie-publishing Industrial Schools Ireland Kindle Kindle Select literary fiction Love stories Polish history publishers saga

Lesley Cookman said…
The books sound wonderful, and it's so good to know that really well written stuff is out there in the indie publishing world. I say that with feeling, having downloaded some very indifferent novels - often to support social networking "friends". You and Linda Gillard are keeping the standard high.
June 12, 2012 3:17 pm

sheila templeton said…
I've read Bird Of Passage...and loved it. It IS extremely well written...like all your work, Catherine....and also a great absorbing story. I read it over a day, I was so caught up in the characters and their stories. I can well imagine you had to go to a deep place, Catherine, to let Finn tell his story. I haven't read Amber Heart..or at least not all of it. So am going to take up your offer and download today. I think it's just great that you've found a way to publish your magnificent novels. Sheila
June 13, 2012 8:51 am