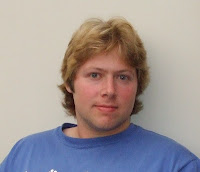 I used to sleep like a baby. These days, I sleep like the baby I actually had, about twenty six years ago. Charlie didn't like to sleep at all, really. That was the problem. He was a lovely baby, but he could stay awake and then some. Hardly ever napped in the daytime and didn't even seem to want to sleep for too long at night. I got used to sleeplessness back then, so when he started being able to amuse himself with books until he fell asleep - that was after we'd read countless stories to him - I went back to restful nights again.
Not now. Now I wake up in the middle of the night and I'm wired. It's as though my brain has been working away - on novels, stories, articles - while I've been sleeping and dreaming, and after a while, it gives me a nudge, saying 'Wake up, wake up. I've got something to tell you.  DON'T YOU WANT TO WRITE IT DOWN?'
Sometimes it's because I'm in the middle of working on a novel or a play. Sometimes it's when I've been reviewing something. Or got so involved in reading a book that I wake up and want to get on with it. (See review of The City and The City, below!)
I don't think it's doing me a lot of good. I'm tired pretty much all the time these days, and keep making resolutions to get more sleep or better sleep or - let's face it - any kind of deep sleep at all.
I have this fantasy of going away for a week or so, to stay in some nice hotel with meals and drinks on tap and with absolutely nothing to do. No laptop, and not even very much sightseeing. (Our holidays usually involve complicated itineraries, visits, doing things, PLANS)
I'll take my Kindle and catch up on my reading. Or watch a bit of television. Or just look out of the window.
I'll read for pleasure, read for fun, read the things I want to read rather than the things I feel I ought to be reading.
I won't do anything I think I ought to be doing.
Not a single thing.
Meanwhile, here's something I woke up thinking only the other morning. Very early morning. Just beginning to get a little bit light, here in Scotland. And with the birds in the garden just starting to sing again after a long hard winter.
I didn't wake up thinking about the birds though. I woke up thinking this:
It isn't so much a problem of the numbers of not very good eBooks out there. I can avoid those easily enough. I have a sample facility on my Kindle.
No. It's the vast numbers of really, really good eBooks out there. My Kindle is currently stuffed with them. (Which is why I want that holiday.)
These are good reads by any standards: entertaining, original, engaging.
And you know what? Most of them were turned down by traditional publishing. Many of them were turned down many times over by industry 'experts'. Many of them were written by people who had once been traditionally published but were given what is commonly called the elbow, by those same  experts. These were industry insiders who claimed to know what they were doing. They said it often enough. They are still saying it.
Which is a scary thought.
It's enough to give you insomnia, isn't it?