The Physic Garden: How William Lang Told Me His Story. 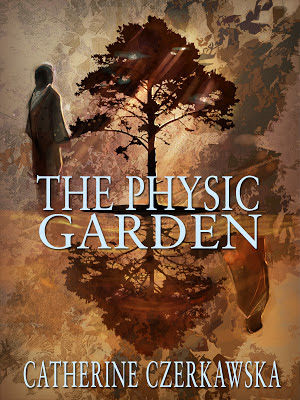 The other day, somebody asked me THE QUESTION. It was a very nice lady, chatting to me in our local shop.
'Where do you get your ideas from?' she said.
Most writers will have encountered this question many times. Don't get me wrong. It's not irritating. Most of us love our readers and love to talk about the inspiration behind our books. But I also think most writers will  find that question - however often people ask it - very difficult to answer. Or if not difficult, then puzzling. Where DO we get our ideas from? Are we puzzled because we don't know, or is it because people who ask it are always genuinely surprised that we can make things up so easily - and it makes us wonder about it too?

The truth is that most writers have heads which are positively stuffed with ideas. We have ideas, characters, settings, stories, coming out of our ears. The problem is hardly ever the ideas. The problem is in making the time to get all those ideas written down in some form and then deciding which of them you want to live with and work with for the next year or so, which of them stay on the back burner, and which of them might as well be consigned to the dustbin. Actually, that's not strictly true either. Whenever you consign anything to the dustbin, you will invariably discover that it is exactly what you needed - but didn't realise it till now - for whatever you are working on at the moment.

I sometimes think it's a question of practice. The ideas, I mean. I remember doing a sort of 'taster' session for a lovely group of young mums, about writing. By the end of it, they had all created an imaginary character, and some of them were starting to have ideas about interesting things that those imaginary characters might do. Making stories for and with and about them. All of them seemed slightly surprised that - once they got over the hurdle of thinking there was some great mystery about 'getting ideas' - it was so easy to make something up. And so pleasurable. It's one of the reasons why writers carry on writing, in the face of troubles which include lack of cash and lack of time, but seldom lack of ideas!

Anyway, here's how it worked with my most recent project. 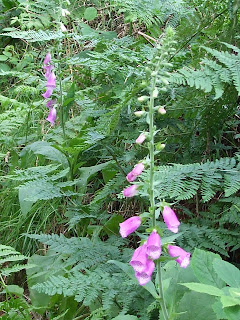 My first idea for The Physic Garden came years ago when I found a facsimile of an old book called The Scots Gard'ner, by John Reid, first published in 1683 by David Lindsay in Edinburgh and reprinted by Mainstream in 1988. I read it, intrigued by the poetry of it, by the beauty of the language and practicality of the advice. Later, I came across another fascinating book called The Lost Gardens of Glasgow University, by A D Boney, published by Helm, also in 1988, clearly a good year for books about garden history. It was an account of the gardens of the old college, including the old botanical garden which had been polluted by the nearby type foundry. And that, in turn, sent me back to more primary sources. There were other books - a wonderful history of Scottish plant explorers called Seeds of Blood and Beauty, by Ann Lindsay, published by Polygon - which gave me some insight into the possibilities which might have enticed my characters - and another very old book, which I had to spend a somewhat traumatic afternoon in Glasgow University library examining - but if I told you all about that one, it would give my story away!

At the same time, I acquired an embroidered 'christening cape' - I have it still - and I was told that it probably dated from the early 1800s, which is about the same time that this old cottage where I live and work was built. There seemed to be some correspondence in my mind between the beautifully embroidered flowers on the silk of this cape and the flower specimens which the gardeners were asked to provide for the botanical lectures. And that too fed into the story. Like so many of my novels, this one began life as a play, but it felt unsatisfactory. I didn't yet have the elbow room I needed. I wrote and rewrote but still it felt like a series of scenes from something much longer.

And then William Lang, the narrator, walked into my head and started to tell me his story. 'In his own words' as they used to say in school. 'Tell it in your own words.' Except that these were his words, not mine. Or that was what it felt like. That's still what it feels like. And it is a very Scottish story, with a handful of very Scottish words. I even thought about putting a little glossary at the back of the book, but finally decided that readers could probably guess what they meant easily enough. I plan to blog about it later though!

Some of the characters are very loosely based on people who actually existed, back in the early 1800s, or what little we know about them. But the book doesn't pretend to be true. Not even that curious hybrid called 'faction'. It's undoubtedly fiction. I made almost all of it up, although I hope the setting is authentic enough. William lived with me day and night for a spell, and told me his story as clearly as though he had been speaking into a recorder. I was reminded  of those slightly sinister tales of 'thought forms' that become so vivid that they assume a strange kind of life beyond the mind of the thinker. Except that with William, it wouldn't have been sinister at all, because he is such a lovely, honourable elderly man, looking back on his young self with wisdom and understanding. And that, in a way, makes it even worse. You see this is a tale of a terrible betrayal that permeates the novel, events that have influenced (although not ruined) William's whole life. 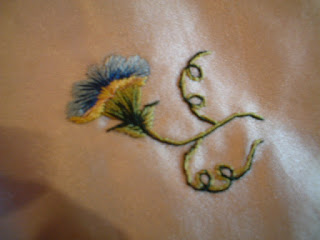 Where do such ideas come from? I suppose the answer is all kinds of sources and none, real life events and make believe. It would be nice to know what other people think. How does it work for you?

Mari Biella said…
Congratulations on publishing your new novel - 'The Physic Garden' is on my Kindle, and I'm looking forward to reading it.

I often think that everyone is having ideas all the time, and the only difference between writers and non-writers is that writers recognise them for what they are, and then cultivate them. Making things up is something all children do, and that we continue to do as adults. It's just that perhaps writers train themselves to see the fictional possibilities of their daydreams.
February 20, 2013 2:07 pm