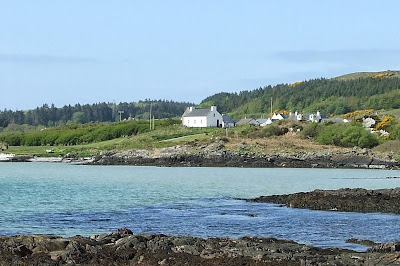 I've been a convert to Pinterest for a while. It's a lovely, easy site to use, and I can never visit it without a little lifting of the heart.  Maybe because it's good displacement activity. (Well, it is!) Maybe it's also because I have a very visual imagination. When I'm working on a novel or a play, I tend to surround myself with all kinds of inspirational images, pictures that help to fire my imagination, even when I'm feeling in the doldrums. Pinterest is a nice addition to those resources: pictures of landscapes and food, textiles, interiors, costumes and all kinds of things. Pictures of heroes, too.

I now find I use it quite a lot when I have a work in progress - I'm using it with my Canary Island trilogy at the moment. One of the good things about the site is that it isn't very time consuming, or it needn't be. You can just go there briefly, have a little browse, pin a picture, be intrigued or inspired and get back to work.  Or you can spend hours on it, especially if you follow the pictures back to their original websites. But you don't have to.

Sometimes, like now, I've been moved to create a Pinterest board for a work that was done and dusted some time ago - purely for fun. I've just done it for my novel The Curiosity Cabinet and you can see the board here. Most readers will have their own ideas about the landscape of the novel - and the embroidered box of the title. But all the same, I thought it might be nice for readers to see some of the images that inspired it. 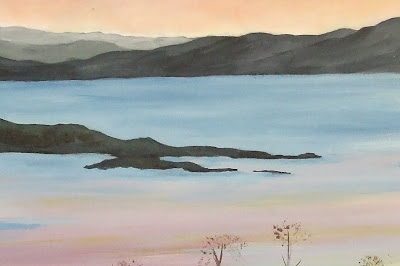 The Curiosity Cabinet is a novel which has had a long and complicated life. It started out as a trilogy of radio plays, was totally rewritten as a novel, shortlisted for a book prize, published by Polygon, and then went out of print but not before it had been released as an unabridged audio reading and abridged (without the sex and swearing - not that there is a LOT of it - but very nicely done!) for the People's Friend. It had been so well reviewed, had so many readers who had taken the time and trouble to tell me how much they liked it, that it became one of my first Kindle books. It had a new and very beautiful cover by my friend, textile artist Alison Bell. And in 2014, I plan to re release it in paperback, via Amazon's Createspace.

I've been visiting the little Hebridean Isle of Gigha for many years now - I even wrote a history of the place called God's Islanders for Birlinn - and I love it. The Garve of the novel isn't entirely Gigha and other islands are certainly available! Coll, for instance. But the landscapes of Gigha definitely inspired the landscapes of Garve, past and present, in the novel. They went on to inspire the landscapes of the anonymous Scottish island in Bird of Passage too - but differently. Maybe I'll do a dedicated Pinterest board for that novel too, in due course.

I'll be adding a few more pictures to the Curiosity Cabinet board over the next few weeks. This is the landscape of the novel - when I visualise the film of the book in my head this is the kind of thing I see. Well, a girl can dream, can't she?