I have so much going on at the moment that it's hard to find the time to blog about it! 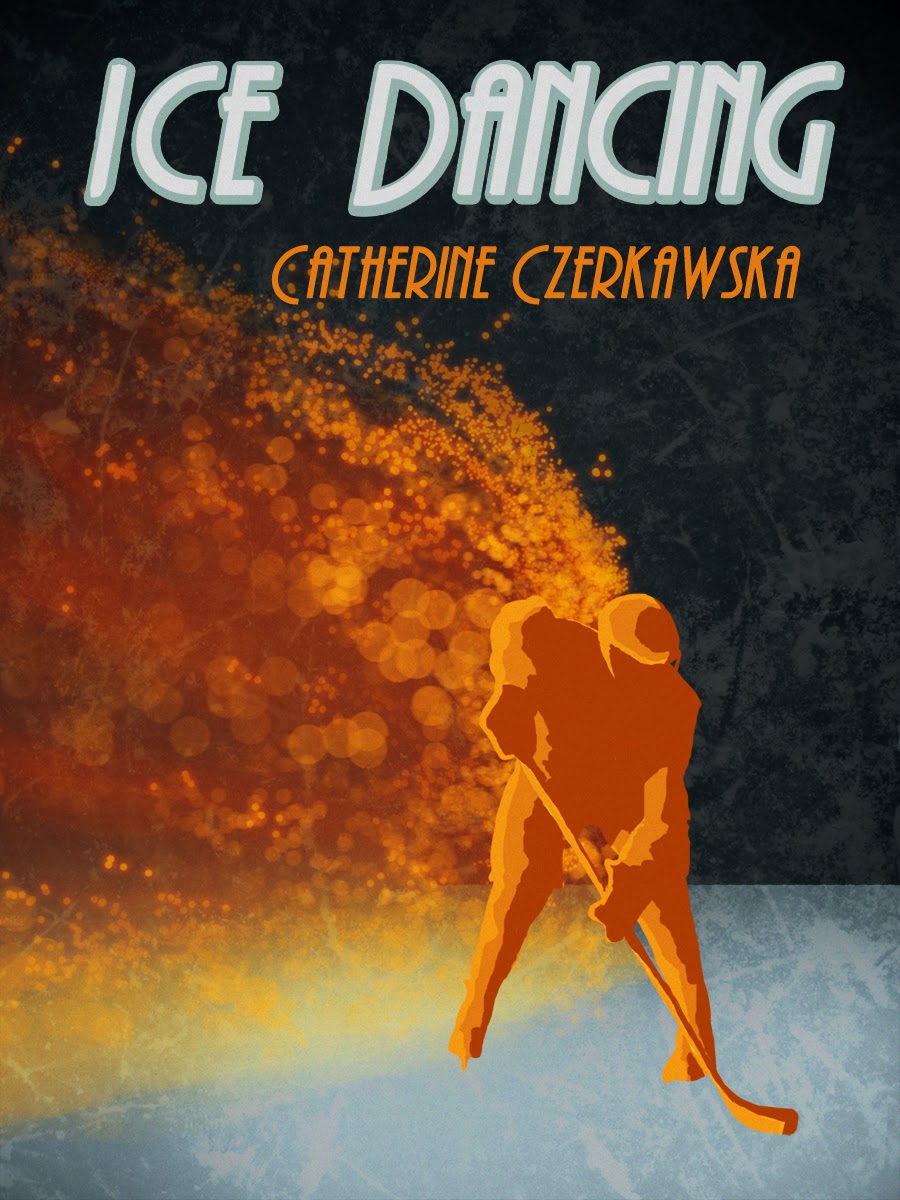 But if you're reading this post any time between 30th January and the 5th February, you can download my novel Ice Dancing for less than the price of a cup of coffee. It will be on a Kindle countdown deal for a week. In fact you could get the book to go with your cup of coffee and read about Scottish  village life in all its engaging reality at the same time.

I'm seriously considering rebranding the way this novel is presented. I think the cover, which is very beautiful, actually gives the wrong impression of the book. This is not the artist's fault, but entirely mine. She had much better ideas but I wanted the hockey player. I think I was wrong. I often am! We feel our way into this business and sometimes we make mistakes. So later this spring, I'm going to ask her if she can redesign it for me.

Anyway. What IS it about, if not about hockey? And why the Ice Dancing?

It's what I would call a very grown up love story with a lowland Scottish village setting, a novel about the lightning strike of love at first sight, a story of past suffering and the possibility of healing. I think it's quite literary, but then what does that mean? It's intelligent, I hope. But not inaccessible. And - glory be - it has a slightly older heroine. She's approaching forty. And she falls in love. With a younger man.

Which is probably why this novel just HAD to be indie published.

Helen - who narrates the novel - has almost resigned herself to the downward slide into mildly discontented middle age. She's a Scottish farmer’s wife, living in a rural backwater, with her only child about to fly the nest. But when she meets and falls in love with Joe, a Canadian ice hockey player spending a season with a local team, she realises that nothing will ever be the same for either of them again.

Joe is nine years younger and a hero to die for, attractive, polite and articulate. But like many of my novels, which so often deal with friendship and betrayal as well as love, this is a story with a dark side. Although Joe skates like an angel, he has his own demons to cope with, a sadder, more complicated and much more shocking past than Helen could ever imagine.

The title is all to do with partners. Helen has been doing Line Dancing in the village hall. You don't need a partner for Line Dancing. You don't have to touch anybody. But if you're dancing on ice, and you're unsure of yourself, a partner can certainly come in handy.

Anyway, if you'd like to give it a try, and you have a Kindle or a Kindle app, you can get it cheap, here in the UK and also in the USA, (at this link) for seven whole days. You don't have to be a hockey mom or even a hockey fan to enjoy it (although it won't harm) and it might help if you're a wee bit curious about the joys and occasional sorrows of life in contemporary rural Scotland. But really, it's a story about love, about betrayal and damage, and about healing.

I'm keen to see this novel selling well because I badly want to write the sequel. And I probably will write the sequel sooner or later. But it would be kind of nice if a few people were asking for it!

Meanwhile - but also on the subject of betrayal and friendship as well as a lot of other things besides - my new historical novel The Physic Garden is due to be published in its eBook form on ALL platforms, on 1st February. You'll find it on Amazon, but everywhere else as well. And then, ta-dah! - it will be published in paperback on 27th March with the very beautiful cover below. This one is published in the traditional way by  SARABAND, a publisher in a million and Scottish Publisher of the Year for 2013. Check out some of their other excellent titles. I'm very proud to be published by them, glad to be in such company,  and - if all goes well - I'm hoping to be able to work with them in the future.

Rosemary Gemmell said…
I definitely think you should redo the cover of Ice Dancing, Catherine, as it actually put me off a little and the story sounds nothing like I imagined! I want to read it now. How exciting that The Physic Garden is now being released online.
January 31, 2014 5:20 pm

Catherine Czerkawska said…
Thanks, Rosemary. I think you're right - it's good to get direct feedback though. I'll get it sorted before spring (I need to be able to afford the cover art!) and have a second bite at the cherry with it, hopefully!
January 31, 2014 6:48 pm