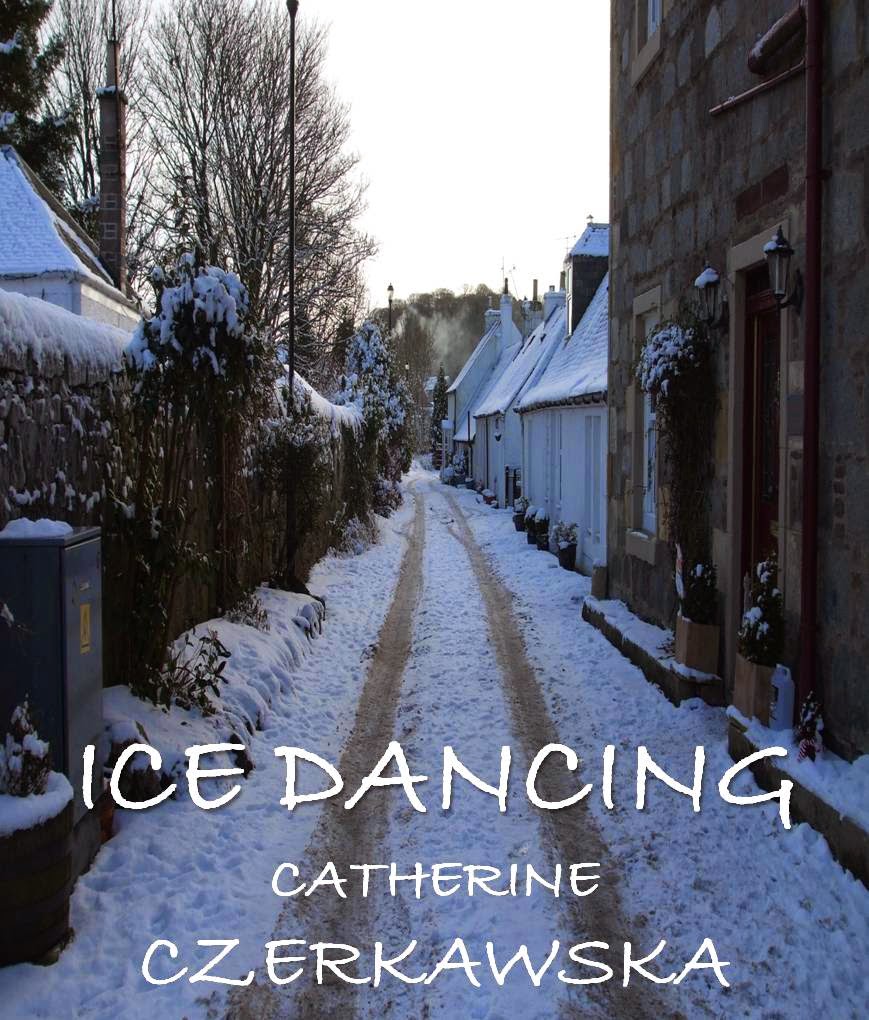 I've been working on a very slightly revamped version of Ice Dancing , my Scottish village novel, over the past week or so and now it's available on an Amazon Kindle countdown deal for the next few days, at a conveniently low price. (Here, if you're reading this in the US.) The book itself hasn't changed, but I've changed the cover, which was lovely, but not working the way I intended. I may even change it again, but for now, I wanted something that suggested 'village' and 'winter' although the novel isn't entirely set in winter.

As I've said elsewhere, this is my favourite of all my novels. I don't mean it's the 'best' thing I've written, by any means. In fact of everything I've written over the past forty years, I could probably name two of which I'm most proud: a stage play called Wormwood, about the Chernobyl disaster, that was staged at the Traverse Theatre in Edinburgh some twenty years ago - and my newest (historical) novel, The Physic Garden, published by Saraband. Mostly, as a writer, you never really think anything is 'finished'. You always think it could be better. But in terms of doing what I set out to do, I think I've more or less managed it with those two pieces of work. But for plain, ordinary love, Ice Dancing, a piece of contemporary fiction, is the one. How do I love this story? Let me count the ways, as a far better writer once put it!

I love the setting. After all, I live in a small Scottish conservation village not a million miles away from the one in the novel - although any resemblance to anyone living here is purely coincidental. Dear readers, I made it up.  Besides, I suspect you could find people exactly like this in any small lowland Scots village. I love the countryside. It's a landscape I see pretty much every day, the one most of the tourists tend to ignore in their mad dash for the Highlands: the hills and woods and the green, green fields of Ayrshire, Dumfries and Galloway.


I love the community. I love the domesticity of it and never understand why in some critical circles this is perceived as a vice rather than a virtue. One of my all-time favourite novelists is Barbara Pym. While there is no sense in which I would or could compare myself to her, (she's incomparable, in my opinion!) one of the things I love most about her work is that sense of what Alexander McCall Smith calls, when writing affectionately about her, the 'motley cluster of small concerns that makes up our day-to-day lives.' He does that 'motley cluster' so well himself and it was something I wanted to write about in this novel: the little things that add up to something big, as we dance precariously on ice, trying to achieve some sort of balance in our lives but not always succeeding.

I love my narrator, Helen. She isn't me. She's a lot younger for a start. And although I've lived among farming families for some years, that isn't what I do. I don't think she's much like me. But I like her a lot. I like her 'voice', I like her uncertainty and her sense of honour, even while she's behaving inadvisably, even while she knows it. I like her gradual renewal of her youthful ambitions, something I think many women who have married young come to in early middle age. And I love her 'niceness' which I think is an underrated virtue in this cynical age - and her struggle to balance that inner goodness with her need to consider herself for a change. I know quite a lot of people like her even if they seldom do what she does in the novel.

Perhaps most of all, I love my other central character, Joe, a young Canadian athlete, an ice hockey player to be precise. My hero, if you like. This is a love story and why not? But it's a grown-up love story as I think most of my love stories are, even those that err on the side of romance. It's a novel about the physical imperative of mutual attraction. The coup de foudre of love at first sight and what comes after. It's a story about the incomer, an 'interlowper' as they are sometimes called here. A disruptive incomer at that. But Joe, thoughtful, intelligent, articulate Joe, has a terrible secret which is only revealed slowly.

Cally Phillips, reviewing Ice Dancing, says, 'Everyone, it seems, carries a skeleton in their closet, a secret which they hold from their nearest and dearest. Joe is no exception and one unforeseen consequence of his affair with Helen is that his past is revealed in all its horror. But Czerkawska doesn’t overdo this, it comes out piecemeal and then with a tsunami, and then life goes on – but changed. Just like in reality. You take the hit and you carry on. Damaged, changed but you carry on. Because that’s what people do.'

The novel is mildly subversive. After all, it concerns a heroine who is ten years older than the hero and although if it were the other way round, nobody would bat an eyelid, some people still seem to think this is a bit odd. Plus, it's a story about heading towards middle age and wondering about the decisions that brought you here and whether they were the right ones. It's set in lowland Scotland, not London. The 'secret' when it is revealed is not at all a nice one and readers have to be aware that the tsunami described above is raw and distressing.

All in all, I can see how this was probably a book that was never going to find a traditional publisher. It doesn't tick half enough 'breakthrough' boxes. But I always thought it was probably a book that might sooner or later find readers. So thank heavens for eBooks and indie publishing. The people who have read it seem to like it, describing it as an 'intelligent love story'. I loved writing it. Sooner or later, I'll have to write the sequel, because now, a few people have also started to ask me 'what happens next?' and I realise that I know exactly what happens next and it isn't quite what they are expecting. It won't be this year. But maybe next ... 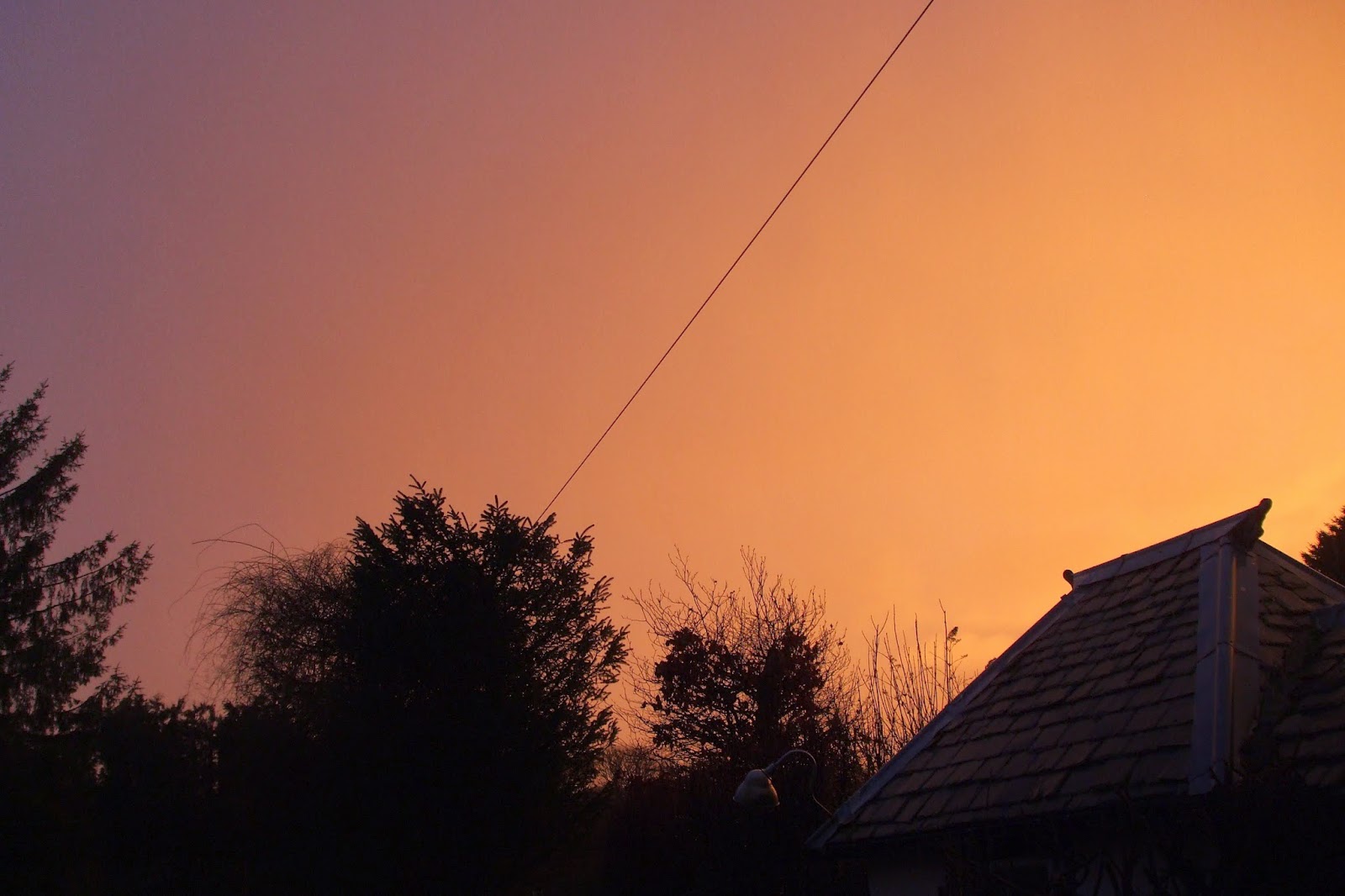