Bird of Passage - A New Cover for an Old Book 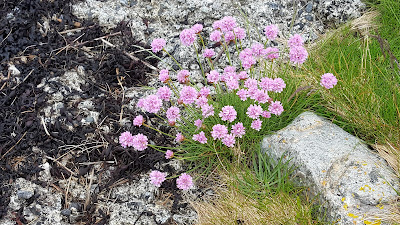 A couple of weeks ago, I sent a draft of my new book, The Last Lancer, to my publisher, Saraband. I can't say final draft because it isn't. And I can't say first draft either, because it's about the fifth draft so far. It's an in between draft. As good as I can make it for now, but there will probably be more work to be done. It's a piece of non-fiction about the Polish side of my family, more specifically about my grandfather, a man I never knew but always missed.
But more of that in due course.
When you've spent two years and more focusing almost exclusively on one project, everything seems very empty. I have a new project in mind but I'm not quite ready to start it yet. My wee office had Quentin Crisp levels of dust and monumental levels of clutter. It took me four days to sort it out and it's a small room. It's still cluttered, but it's clean, and everything is where it should be.
Then I went back to the various projects I'd neglected while I focused on the new book.
When I shared a stall with my artist husband at a pre-Christmas fair, I noticed that my novel Bird of Passage attracted far less attention than any of my other books, traditional or independently published. People DO judge a book by its cover. Now I've remedied that, with the help of my husband, Alan Lees, who provided the cover art, and Lumphanan Press, who made a great job of the original formatting, and then redesigned the cover for me. It already looks a lot more attractive. And much more suitable for a novel set mostly on a small Scottish island. 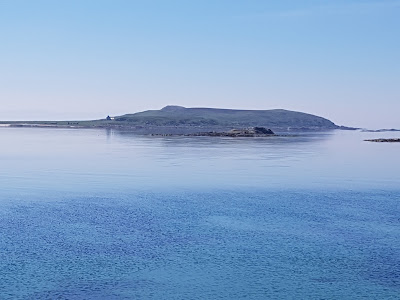 One or two friends have commented how much they love this novel, and I've thought 'me too'.  But until I took the decision to publish it myself, it had always been my orphan child, the book that nobody in the industry wanted. Unlike the Amber Heart, that kept being turned down with fulsome praise, because 'nobody is interested in Poland', which seemed in theory at least to be a credible marketing decision back in the 1980s, no agent or publisher would even read Bird of Passage, in spite of its Scottish setting and Irish background, and in spite of the fact that it tackles some harrowing issues that are still very much current. In short, it was turned down unseen.
In this case, I suspect the kiss of death was the Wuthering Heights connection. No matter how much I was at pains to say that this wasn't a rewriting of the incomparable original, (how would I dare?) but was a kind of homage to it, nobody in my industry believed me enough to read it and see for themselves.
Wuthering Heights was my late mother’s favourite novel. I was a Yorkshire lass, although one with a rich Polish and (like Emily) a rich Irish heritage as well. We lived in Leeds until I was twelve years old. You can read more about my family background in a book called A Proper Person to be Detained (Saraband 2019), part personal memoir, part family history. I was named for the heroine of Wuthering Heights, a doubtful compliment some might say, and I was trundled over the moors in my push-chair to Top Withens, the setting for the Heights in the novel, if not for the house itself. As soon as I was old enough to read and begin to understand the novel, I fell in love with it, although I soon realised that it was a powerful and absorbing evocation of a cruelly obsessive love, with very little of romance about it. Since then, I have reread it almost every year, and have found more to marvel at with every reading.

Cue forward some years, and after a spell of writing for the stage, I began to focus almost wholly on fiction, with occasional ventures into non-fiction. Most of my work since then has been beautifully published by Saraband. But I still kept going back to Bird of Passage. Most writers have ‘bottom drawer’ novels: the books that you write before you are  published. I have several, and most of them should never see the light of day. Bird of Passage always felt different. Felt like irritatingly unfinished business.
Back then, I had an agent, but I had other work waiting for submission, and Bird of Passage languished on the far recesses of my PC. Nobody wanted to know. Nobody had the time to read it. Nobody cared except me.
All the same, I couldn't get Finn and Kirsty out of my mind so when, some years ago, I took the decision to combine self publishing with traditional publishing, this was one of three novels that I felt deserved another life beyond the confines of my computer and my own imagination. It has done well as an eBook, but the new paperback copies arrived yesterday. The cover is exactly what I wanted, and seems to reflect the story as accurately as possible. It's a grown up story set in Scotland, exploring the kind of mutual passion that is attractive in theory but ultimately destructive. It's a novel about the nature of obsessive love and the terrible damage of childhood trauma, all set within a landscape that is almost a character in itself.
If this sounds like your kind of novel, give it a try. 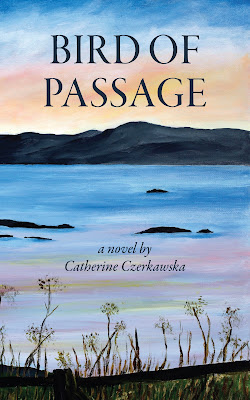