Plotters and Pantsers - which one are you? 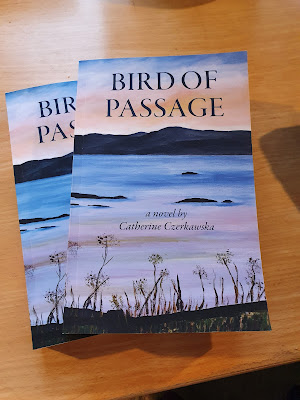 A friend inspired this post and I'm grateful to her. She observed that she had been taken by surprise by the ending of one of my novels called Ice Dancing and my immediate thought was 'so was I!' I honestly had no idea how it was going to end until I started writing the last couple of chapters, and suddenly saw what should have been staring me in the face at the same time as the narrator herself discovered it. The odd thing was that it didn't involve any manipulation of the story. When I looked back, the clues were all there. I didn't have to plant them at all.

Which in turn led me to think about a couple of other novels where the ending had taken me by surprise. Without any spoilers, in Bird of Passage, I discovered the trauma that the 'hero' (if he can be called that) Finn was trying to remember at about the same time that he realised it himself. Until that moment, I knew there was something, but didn't know what it was. I literally woke up in the middle of the night saying 'So that was what happened!'

Similarly, in The Physic Garden, I knew that the ending involved a shocking betrayal - because that's how it begins. With the narrator mentioning it, without explaining it. Again, I realised the nature of that betrayal and its consequence only when I got to that part of the story.

I am what I believe is known as a 'pantser' in creative writing circles. I write by the seat of my pants. Although that isn't how I'd ever describe it myself. I write to find out. I always know the beginning, and I sometimes have a very vague idea of the ending, sometimes as little as the last few lines - but I never know how to get there. And if I did, I would get so bored that I would never finish writing the book.

Outlines were always anathema to me, because I could write them (with difficulty) while knowing full well that the finished book would be nothing like the outline. How could it be when I just didn't know? Plotters do seem to know. They plan everything out, including detailed character sketches. I never do that either, because I've only just met these people. It doesn't feel precarious. It feels uncannily as though the story is already there, waiting to be uncovered.

All the same, for many writers, plotting works extremely well. I don't write crime fiction or the kind of thrillers that depend upon intricate plots that must fit together but I suspect they do need to be pretty well plotted in advance. Otherwise you might find yourself desperately trying to tie up too many loose ends in the last chapter. Or in the last episode, as happened with a recent, deeply annoying TV series. But it would be interesting to hear from crime writer friends if this is indeed the case, or if there's a sort of half way house where you have a broad outline that you flesh out as you're writing.

There is, of course, no right or wrong way - only the way that works well for you. The trick, as with so much writing, is to find out what suits you best. And the only way to do that is to carry on writing. 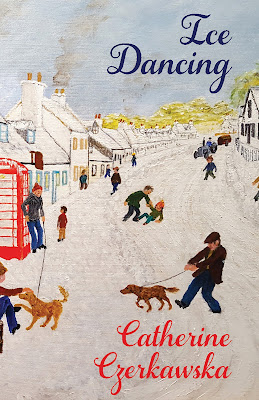