Twenty Five Years of Work in One Small Box 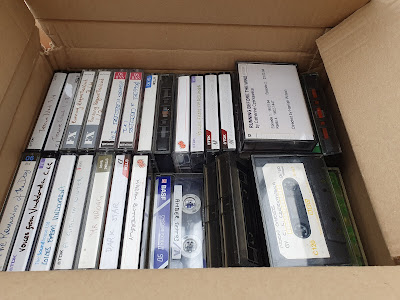 Mavis said…
A fascinating life well-lived, Catherine - and beautifully told. I met you through your visit to the islay Book Festival and have always enjoyed reading and rereading your novels. Thank you for the hours of pleasure you have given me.
Mavis Gulliver
February 07, 2022 11:40 am

Nigel Deacon said…
Nigel Deacon here - I have made a (slow) start on the digitising, and six of the earlier plays are done. I will recommence as soon as our apple grafting workshops are over. I've enjoyed Catherine's plays a great deal, and of course the serializations - Ben Hur, Kidnapped & Catriona. It will be good to hear the ones I missed.