One Way To Write A Novel - Other Ways Are Available. 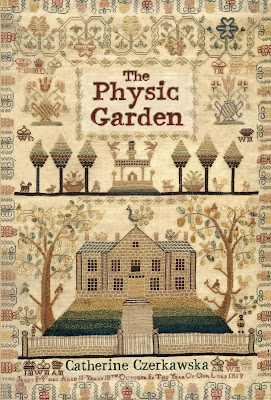 Writers who are just starting out sometimes ask me about the process of writing. There are so many advice blogs and books and websites out there that you don't really need another one. But just occasionally, I post something about my own experience. And that's the whole point: this is only my experience. Somebody else might have a totally different point of view, and that's fine. Do whatever works best for you.

The other day, a friend asked about writing software, on behalf of another (writer) friend. I can only say that I don't use anything but Word. I had a look at Scrivener, and decided it wasn't for me, but I also have a number of writer friends who swear by it, so the best advice I can give is to try it and see what you think - and you can try before you buy. I can imagine it would be very useful for complicated non-fiction in particular. It just doesn't suit my style. And I learned quite a while ago to discard anything that gets in the way of what suits me.

Which leads me to that question about process. How do I write? More particularly - how do I write a novel?

For what it's worth, here's what I do, especially with my historical novels.

I do plenty of research. Even when I'm already familiar with the time and place and period of the novel, I want to know more. The Physic Garden and the Jewel, although their stories were very different, were set at similar times, and both in lowland Scotland. The point of all this research isn't to show off your knowledge. It's to immerse yourself in a time and place so fully, that you can imagine what it was like to be there, to feel it, all while wearing your knowledge as lightly as possible. I always think that one of the big differences between fiction and non-fiction, even when the fiction involves real historical people, is that the novelist is always asking herself  'what did that feel like?'

The problem with research, though, is that it is potentially open ended and always fascinating. So you have to give yourself permission to stop. Or even force yourself to stop. And write the novel.

I do a very short plan or synopsis. A few pages at most. Often, I know the beginning and the end, but not how to get there. I write to find out. If I know too much detail before I begin, I get bored.

I begin at the beginning, and keep going till I reach the end, dividing into chapters as I go, feeling the weight of the words: one long document. This is a draft that nobody will see but me. I don't stop to revise. I don't stop for anything except sleeping and eating.

I let that first draft lie fallow for a while. The length of time depends on deadlines, but it should ideally be a few weeks at least. Meanwhile, because I've now discovered everything I didn't know, I permit myself to do some more research, to fill in the gaps in my knowledge.

And then, after that, I spend a long time rewriting and restructuring, polishing and editing. I can never predict exactly how long this will take, but if I am working to a deadline - and I quite like deadlines - I will just work more intensively. I love this phase. Not everybody does.

Two things will also happen during that time.

Firstly, I will let somebody else - editor, publisher, agent when I had one (I haven't had an agent for a while) see what I think is a reasonable draft. Their response will be instructive. Sometimes, it can be as simple as a bunch of questions that hone in on exactly the parts of the book that I've been feeling most uneasy about. (The best editors don't rewrite, they query!) In answering the questions, I find out what needs changing and why.

Secondly, I will print a draft out, see and read  it on paper, and make more changes. Sometimes I will even do a literal cut and paste job, and then type up the changes. (This process is a lot faster than you might think.)

At that point, a copy editor will go through it looking for typos, infelicities and all the other little things that creep in, including favourite words that are overused. (One of mine is in fact 'little'. I have to go through manuscripts deleting it.)

This kind of editing should be done using 'track changes' so that you can see what's been done, agree with it, disagree with it, make changes of your own, and have productive 'conversations' with your editor until you've hammered out a good draft. I once had an editor who made extensive and not very useful changes without tracking any of them. It was a horrible experience, but it was, fortunately, a great many years ago - and such lack of professionalism is very rare.

And that's about it. When you're working with a publisher, and the proofs come along, even with two pairs of eyes or more checking the manuscript, there will always be the odd typo. If you write something and have the luxury (or misery) of leaving it for a number of years, you yourself will probably make quite big changes when you go back to it - but whether this will actually make it better or not is debatable.

You have to hammer out your own way of working. Advice is - you know - advisory. Nothing is set in stone. Find out what suits you best. We're all different. There are no hard and fast rules. The only two things I can say with absolute certainty are that in order to write, you should read a lot and write a lot. You might be surprised by how many people say they want to 'be a writer' but don't actually do much writing. Or reading.

And that's it, really. If you have questions, ask in the comments and I'll do my best to answer.

Bill Kirton said…
I can't tell you how reassuring it is, Catherine, to discover that my 'method' is not far from yours. I especially like (and value) the idea of 'I write to find out'. I used to use Word but made myself persevere with Scrivener and am now a convert. There are several advantages, one being that all my notes, drafts, character reminders, chapters, timelines, etc. are instantly accessible from a single column on the right of the screen. And if I want to check back to remind myself how 2 characters resolved (or not) something in a previous chapter, I can identify the chapter and pull up the scene immediately. As you say, though, what we're both describing is A way to write novels, not THE way.
January 08, 2017 4:02 pm

Catherine Czerkawska said…
It's interesting how many of us write by the seat of our pants! I had a go at Scrivener but it wasn't for me. I do print out quite a lot though, and keep drafts. And I can see that it would be very useful for complicated non-fiction. But there is no single right way. Just as well, really.
January 08, 2017 6:56 pm