The Amber Heart - an epic tale of love and loss in 19th century Poland.

A beautiful, butter-yellow mansion.
A spirited heroine.
A troubled hero.

When Maryanna Diduska first meets Piotro Bandura, they are both children, but their situations could not be more different. Maryanna is the pampered daughter of Polish aristocrats, while Piotro is the child of a poverty-stricken Ukrainian widow.

Stefan took a pouch from his jacket and, with a laugh, scattered coins, as though scattering grain, watching them spread out and dive, hunting among grasses, squabbling volubly, fighting for what they could find like so many starlings. But one of them didn’t move. He was the tallest and the oldest, a boy of perhaps eleven, his hair black and matted, his face sallow under the grime, his eyes an unexpectedly bright cornflower blue. He stood still, hands hanging by his sides, fists clenched, and he stared up at Maryanna, unsmiling, unmoving. She shifted uneasily. For perhaps the first time in her life, she saw a gaze of pure resentment directed straight at herself. She turned her head into her father’s jacket.
‘Daddy, tell the boy not to look at me,’ she whispered. 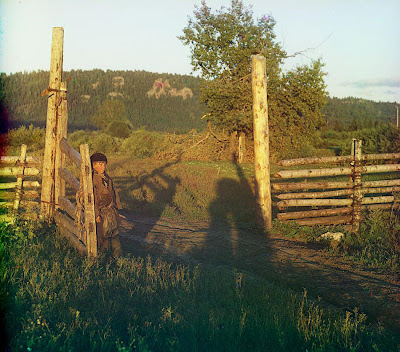 But this is also the tale of the beautiful house of Lisko, Maryanna’s beloved childhood home, and the way in which the lives of its inhabitants will be disrupted by the turmoil of the times.

Out on Kindle, before the end of March 2012, The Amber Heart is a vivid, dramatic and unashamedly romantic story of love and loyalty, of personal tragedy and triumph, set against an intriguing backdrop: the turbulent Eastern Borderlands of 19th century Poland.

The first draft of this novel was written many years ago, while my Polish father was still alive. He was the best dad anyone could ever wish for and the book is dedicated to him. The novel was praised by my agent at the time, the late Pat Kavanagh, and then by countless editors. 'I couldn't put it down. I stayed up all night reading it. I wept buckets!' wrote one of them, before adding that she would have to turn it down. You see, The Amber Heart always fell at the sales and marketing hurdle. 'Nobody knows about Poland!' they would say.

Over the years, I've gone back to it from time to time and - rereading it - have realised that it has stood the test of time. Now, a few other people have read it and said the same thing. I've worked on it, of course, honed it, polished it, responded to some useful editorial suggestions and brought the benefit of my own greater maturity to the story. The advent of eBook publishing has finally allowed me publish this novel which, of all the things I have ever written, has been closest to my heart. So many of the elderly Polish people who generously helped me with research for this novel are dead and gone. But they have left me with a great mass of interesting material in the shape of documents, photographs, postcards, diaries and first hand accounts, not least the notebooks my late father filled with stories and sketches of the Poland he remembered.


If you read the Amber Heart, and are intrigued by the background to the book, you'll find more to entertain you here. Over the coming months, I'll be mining all that fascinating background information to write the occasional post about pre-war Polish history, customs and traditions, costume, arts and crafts, and food. Whatever takes my fancy, really. I'll even post a few recipes.
I hope you find it entertaining, and that you might  like to join in with your own comments.

Mavis said…
This is definitely one for me to read - I went to Poland on the first holiday with my husband -back in 1975 - I can't claim to know a lot but we stayed in Zakopane - climbed Guivant, Pieniny and Babiagora (apologies if spellings are incorrect - it's a long time ago). We stayed in a traditional wooden house and ate real Polish food - (a recipe for poppy seed cake would be appreciated!) At that time people were travelling in wooden carts and leading single cows out to be tethered for roadside grazing and the land around Pieniny was farmed in strips.As holidays go, it was one of the most memorable.
March 05, 2012 12:18 pm

Catherine Czerkawska said…
Thanks, Mavis. Starting this blog was a pleasant distraction from my last minute edits, but it should be out there by the end of this month, with a bit of luck and a following wind! I love poppy seed cake too - but it's hard to make. However, I DO have a recipe...
March 05, 2012 12:27 pm