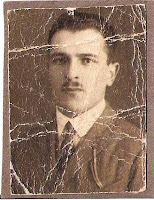 My last, my very, very last enquiry to an agent referencing this proposed new book (why on earth did I do it?) elicited the faintly bored response that there were so many similar stories out there. Since my grandfather was born in Poland in a sleigh, grew up to look like a bit like a younger version of Olivier's Maxim de Winter, was a cavalryman who drove a Lagonda and died young at Bukhara on the silk road, I suspect that there aren't all that many similar stories out there, but who knows? Maybe there are.
All the same, if I ever again publicly express a desire to find an agent, you will know that it's code for 'I've been kidnapped. Send help immediately.'
So there we are. And here it is. While I'm hard at work on the Last Lancer, if you like deeply romantic historical tales of love and loss (and cake. There's quite a lot of cake in this book), you could do worse than give The Amber Heart a try.
It will be reduced to 99p here in the UK and also in the US from 21st December till 28th December, so grab a bargain, and escape into another time and place for a while! 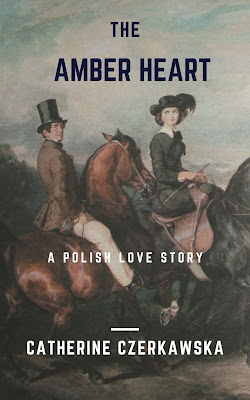 Veronica Bilson said…
I for one can’t wait to purchase this book when it is released. As a relative newcomer to your books Catherine, I have thoroughly enjoyed reading three of then so far. They are wonderfully written with beautiful storylines. I was able to immerse myself completely into the characters and settings immediately and the transitions between the two time frames, past and present, back and forth, was so seamless, that as the reader it was effortless to switch. I wish you great success with this one Catherine.
Veronica Bilson
November 07, 2020 10:15 am