The City and The City - Miéville's Masterpiece

February 04, 2013
I've joined the Reading Between The Lines Review Collective and will be posting regular reviews here on my Wordarts blog of  'new books, old books, loved books, neglected books'. And if you remember where that quote comes from, you may well be even older than I am! I won't be discriminating against eBooks or self published books, but I'll be adding plenty of other books into the mix, and they won't all be new or even in print. In short, I'll only be reviewing what I like, when I like.

This week, I'm reviewing a book I like very much indeed.
I'm ashamed to say that the first time I became more than peripherally aware of China Miéville was when he delivered a keynote speech at last year's World Writers' Conference in Edinburgh, to which I was not invited, but a lot of which I followed online. You know how it is. You know about a writer, without knowing too much about what they write and keep adding them to the 'to be read' list.  If you want to know what he said about the future of the novel (raising a few elitist hackles in the process), you can still find it online here.

I loved what he said and have been quoting him ever since, especially this assertion: 'You don't have to think that writing is lever-pulling, that anyone could have written Jane Eyre or Notebook of a Return to my Native Land to think that the model of writers as the Elect is at best wrong, at worst, a bit slanderous to everyone else. We piss and moan about the terrible quality of self-published books, as if slews of god-awful crap weren't professionally expensively published every year.'

So after that, I just had to investigate his work. A younger friend and Miéville fan made some recommendations. The City and The City was my first taste of what he had to offer. It didn't disappoint. It is the most disturbing, exciting, moving and engrossing book I've read for a very long time, one of those magical novels that lodges itself in your mind and refuses to go away. One of those books you want to tell other people about, hoping against hope that they will appreciate it too.

Where to start?
It begins with a murder. The body of a young woman is discovered on a piece of waste land in the Eastern (ish) European city of Beszel. And you think it's going to be a detective story, a police procedural in an interesting foreign setting.
Well, it's that. But there's more. So very much more.

The narrator - we get to know him rather well and like him a lot as the novel progresses - is Inspector Tyador Borlú of the Extreme Crime Squad of Beszel. He's thoughtful, intelligent, moral, attractive in the sense of being a character with whom you can identify. You find yourself liking him. And that's just as well, because he is about to be your guide through a thoroughly disturbing world. I don't want to give the game away. And please don't plough your way through all the multitude of reviews on Amazon, if you want to enjoy this in the way the writer clearly intended. Although some of them are excellent and illuminating. But read the book first. For this is a novel like no other. It will stretch your brain. I read it far into the night for several nights. It's a long book, fortunately, because I didn't want it to end. I dreamed about it a lot, bizarre, disturbing dreams. Not nightmares, just immensely complicated dreams, indicative of my brain's repeated attempts to come to terms with the world the author has created. I would wake up again in the early hours and carry on reading, anxious to get back to the story, but perhaps even more anxious to get back to the world of Beszel and its neighbouring city of Ul-Qoma.

Is this Science Fiction? I don't know. It seems real. Ordinary in the sense that it's easy to imagine yourself there. A real place. Or then again, perhaps not. There are frightening, possibly supernatural elements. But they too are utterly credible. Is it dystopian? Maybe. It's dark at times. But most of all, it's a stunning evocation of a world which is so believable, so firmly lodged in the realities with which we are familiar, so manipulative of language itself, utilising the 'almost familiar' to explain new concepts, that it defies any easy categorisation. I have never struggled so much to do justice to a book I loved.

The writing is dense, rich, intricate and occasionally ragged in no bad way. It has to be. He plays with words, with ideas. He plays with your mind. Reading The City and The City made me realise just how many modern novels are edited to within an inch of their lives. So many widely praised books these days seem to have been edited until they are thin.  I'm not talking about popular fiction here. I enjoy popular fiction a lot. At its best, it's a well made blueberry muffin, or a light-as-a-feather croissant with jam, and there are times when that's exactly what I want to eat. But there are other times when I fancy something much more rich and strange. Unfortunately, you get the feeling that so many novels which began as something complex and strange and rough around the edges in the mind of the author, have been processed smooth by assiduous editors until they all seem curiously similar: bland, correct, predictable mush. You finish them, and you think 'Is that it then?'
Whatever you feel about The City and The City, you won't feel that!

The unease begins early on. Tyador has been at the crime scene, discussing the case with a constable named Lizybet Corwi, and then speaking to a group of journalists gathered at the edge of the waste land where the body has been discovered. He turns away from them, and quite suddenly, there it is.
'As I turned, I saw past the edges of the estate to the end of GunterStrasz, between the dirty brick buildings. Trash moved in the wind. It might be anywhere. An elderly woman was walking slowly away from me in a shambling sway. She turned her head and looked at me. I was struck by her motion and I met her eyes. I wondered if she wanted to tell me something. In my glance, I took in her clothes, her way of walking, of holding herself and looking.
With a hard start I realised that she was not on GunterStrasz at all, and that I should not have seen her.'
At that point, with that small, seemingly unimportant - but oddly disturbing - encounter, you start to ask yourself why? Why should he not have seen her? Why was she not on GunterStrasz?

The answer - gradually revealed, always consistent - is complex and mind-bending: a realisation of the nature of the world in which Tyador lives and works. But not once, as I read this novel to its inevitable and satisfying, but unguessed, conclusion, did I ever stop believing in the truth of it, even while my brain struggled to encompass it. It's not an easy read. Don't blame me if you don't like it. Don't blame Miéville if you don't like it. Just acknowledge that it isn't for you. But if you do like it, you may also find that your perception of your own world won't ever be quite the same again. You'll dream about this book and go back to it, and be intrigued by it months later. I found myself desperately wanting to talk to people about it, which is why I'm reviewing it now. I've read very few novels in the last ten years which have filled me with such excitement - even in retrospect. I'd be interested to know what other readers think!

The City and The City was published by Pan in 2010 and is available on Kindle as well as in paperback.
You'll find it on Amazon UK and Amazon US.


Catherine is part of the Reading Between the Lines Review Collective a group of professional writers committed to writing good reviews about great books! 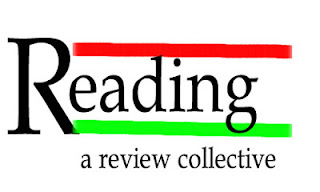 Pauline Fisk said…
I'm off to look this one up. Shouting out about the big books that have affected, even changed our lives is what we should all be doing, so thank you for this one, Catherine, and thank you for shouting not just loudly enough but with an enticing enough tone that not getting the book simply doesn't sound an option. I SHALL get the book, but even if I don't like it I'm heartened by your enthusiasm.

A small query. Having read the quote with the old woman, I wonder am I looking forward to a read that comes into the category of magic realism?
February 05, 2013 6:32 am

Pauline Fisk said…
'm off to look this one up. Shouting out about the big books that have affected, even changed our lives is what we should all be doing, so thank you for this one, Catherine, and thank you for shouting not just loudly enough but with an enticing enough tone that not getting the book simply doesn't sound an option. I SHALL get the book, but even if I don't like it I'm heartened by your enthusiasm.

A small query. Having read the quote with the old woman, I wonder am I looking forward to a read that comes into the category of magic realism?
February 05, 2013 6:35 am

CallyPhillips said…
As I thought. This is a novel which requires TIME. When I got hold of a copy I was running on empty and pushed for time and had to return it unread after a skim of the first chapter. I will be checking it out again when I have a good amount of time to dedicate to it! Thanks for the review.
February 05, 2013 8:02 am

Catherine Czerkawska said…
Pauline, that's the interesting thing. Sort of but - not quite. He just about defies genre. Read it and see what you think! Cally, yes, it needs time. You have to get your head round the central premise and then you realise that he has it all worked out!
February 05, 2013 9:39 am

CallyPhillips said…
Never averse to some depth amid all that froth of life! But we have to ask ourselves - how did HE get away with it? How does he get away with it (by which I mean of course not having his work edited into oblivion and reduced to oven ready PRODUCT?
Is it because he's in an academic environment? What is his USP in that regard. How is he SAFE? Not asking for conspiracy theories just wondering...

Catherine Czerkawska said…
Yes - I wondered that as well. Did he perhaps have a following among younger readers that persuaded them? Did he 'just say no'. Why do the rest of us find ourselves putting up with the crap, or - these days - getting so fed up that we just opt out of the system. I'd like to know the answer too! In many ways, I blame the agents. (I know we're not supposed to say that, but I DO!) if they had resisted the demands of publishers for an 'oven ready product' and all reminded publishers that editing and nurturing a career - and sometimes being wildly experimental - was their job, not the job of agents to smooth everything out in advance - we might not all be in the state we're in at the moment.
February 05, 2013 5:52 pm