Is this the most seductive movie scene of all time? 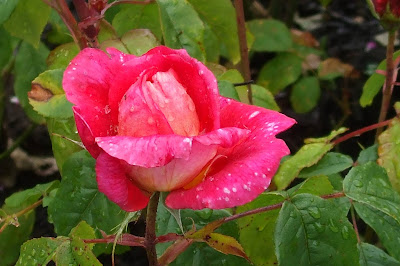 I've watched a lot of movies over these two wretched pandemic years. In fact I find it extraordinary that I have so many friends who don't watch films. I first noticed it when we were doing mid lockdown quizzes and realised that so many people, when confronted by quotes like 'nobody puts Baby in a corner' and 'Shoot the hostage!' couldn't begin to name the film.

How do you survive without watching Dirty Dancing and Speed at least once a year?

I love films. Although I'm not keen on graphic gratuitous violence or women in peril or Westerns or old war movies or those films where the director seems intent on making real live actors look like animated characters in a video game. Which narrows my choice a bit.

So what does this have to do with writing?

The nicest thing anyone ever said to me about my own writing came from another woman, a bookshop owner. 'Catherine,' she said, 'You write female desire so well!'

It was a remark to treasure, and I have. She didn't mean 'sex scenes'. She meant something else entirely. Hard to define but you know it when you see and feel it, and you know it when you're writing it. Male writers very seldom do it well. Instead, female characters gaze at themselves in the mirror and fondle bits of themselves as they never ever do in real life. But all too often female writers don't even try to investigate this nebulous idea of desire. They find it embarrassing, or are afraid of crossing the line into prurience, so they avoid it altogether. Dot dot dot, as the girls in Mamma Mia said. Or our hero and heroine go to ever more ridiculous and frankly unbelievable lengths to avoid the overwhelming sexual attraction that is staring every reader in the face.

Anyway, to go back to the movies and what we, as writers, may be able to learn from them. (And I'll bet you really want to know about that seductive scene now, don't you?) So many depictions of passion on film make the whole thing look, from a female point of view anyway, profoundly unsexy. A visiting Martian would assume the couple were involved in some unpleasant and painful interaction that had to be got through as quickly as possible. You've only to watch the wonderful, intense, passionate love scene in Desperado between Banderas and Cruz to then notice how dreadful some supposedly sexy movie scenes are by comparison. And I know I said I didn't like violence, but there are exceptions and this film, violent as it is, is one of them, mostly because the sexual chemistry between the two beautiful leads is so enticing.

Writers, we can learn from movies, how to do it, and how not to do it. Write about it, I mean. What you do in your own time is entirely up to you.

So here's what is probably, from a female point of view, the most seductive movie scene of all time. I love this film. It's gentle and funny, it's about female friendship and small town life and aspirations and real things. And the guy, this big, good looking guy, loses patience, tells it like it is, climbs aboard his boat and just motors off into the sunset.

Why is that seductive?

Partly it's that it probably wouldn't have worked with any other actor. It has to be somebody who can play tough and caring and attractive and a wee bit vulnerable, all at the same time. Somebody who looks as though they could be a fisherman, could have that gentle side, could get really fed up of being used. One who is not afraid of the direct, honest, but oddly unthreatening gaze. Watch how he does it. It's truly and very deeply desirable. See for yourself.

'I don't want to,' he says. Fine bit of acting too. Don't you just love it? Not the endless postponement of fulfilment to be followed by the final unsatisfactory clinch, but the realisation that love and - yes - desire has to mean more than that on both sides. You can take it or leave it, but you have to at least try to engage with that notion.

Now when you can write that, you'll be onto a winner.