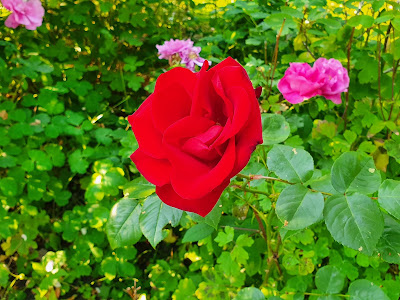 225 years ago, on this day, 21st July, in 1796, Robert Burns died at his home in Dumfries. He had been growing increasingly ill for months. On the advice of his doctors he had spent his last weeks wading out into the chilly waters of the Solway in hopes of a cure. In all likelihood, he was suffering from acute endocarditis. This was a condition which may have been chronic for many years, but which had possibly been triggered into an acute and deadly phase by a severe tooth infection. The sea bathing only hastened the inevitable end. He was terminally ill, desperately worried about his wife and children, and about small debts that any one of his friends would have paid, but that were obviously looming large for him in his weakened state. He was thirty seven years old.
When I was writing my novel about his wife, Jean Armour: the Jewel, this was one of the hardest passages to tackle. By that time, I felt I knew the poet and his wife very well, and loved them both. I frequently found myself in tears as I tried to describe his final illness. If you would like to read more, you'll find the novel available as an eBook on all platforms, and in paperback, online and in various bookshops. There's lots of useful information on my publisher's website, here.
Meanwhile, it seems a good time to post my description of the last days and minutes of the life of Scotland's greatest poet.

'He sent a flurry of terrible, panic stricken letters: to James, (his father in law) to an unresponsive Frances Dunlop, to Gilbert, to his cousin in Montrose, James Burness, asking for money to pay the haberdasher. He wrote to Mr Thomson in Edinburgh, with the same plea. Both Thomson and Burness readily arranged for money to be forwarded, said later that they had had no idea how ill he really was, but it all came much too late. Although he had been ailing for some time, the slide into acute illness happened so quickly that it seemed to take all of them except those closest to him by surprise. He wrote to Jean, in Dumfries. He said that the sea bathing had eased his pains but he could eat nothing. He told her he was glad that Jessie was beside her, helping her.
He called her his dearest love.
He had to borrow a gig to bring him home ... There was a farmer in Locharwoods, John Clark, who lent him his gig, with a fine gentry horse to pull it, and a man to drive it. He could not have ridden by himself. His landlady ...  had persuaded the farmer that it would be a good thing to do and that he would be remembered afterwards for his kindness to the great poet in his last days.
Rab could barely step down from the gig when he arrived home. He was all wrapped up in his plaid, although it was high summer. They had to stop at the bottom of the Mill Vennel that was much too steep for the horse. There had been a shower of rain, and the cobbles were slippery. His face was grey from the pain of the journey. He couldn’t stand upright and Jessie, the lass who was helping Jean in the house, had to go out and oxter him in. He was muttering that he was worried about his papers, his poems. He still fretted that he had left indifferent pieces behind and they would be thrust upon the world when he was gone, with all their imperfections still upon them.
They were shocked by the deterioration in him, but Jean most of all. She gazed at him and thought that her heart would break. He looked skeletal, shook and shivered, and seemed in even more pain than when he had left. They put him to bed, and there he stayed, slipping in and out of sleep, or delirium, or both, it was hard to tell, and whenever he slept, they feared that he would never wake again.
Once, he came to himself abruptly and said, ‘Don’t let the Awkward Squad fire over me!’ to Jessie’s brother, John Lewars, who was watching at his bedside.
He meant the Dumfries volunteers, of course, few of them very efficient or soldierly. And John reassured him that they would not, but of course, they did.
Jean nursed him as best she could, determined to see her man out of the world, if it was God’s will that he should go. But she would not have been able to do it without Jessie’s help. Jean could and did sing to him, quietly, as she had sung to all their children, and her voice seemed to soothe him.
Very early on the morning of 21st July, she had been dozing in a chair, so far advanced in her pregnancy that she could not comfortably fall asleep. The child was kicking and tumbling inside her, as it did whenever she rested. Jessie had come in with his medicine, and tried to hold the cup to his chapped lips, tried to rouse him a little, but he pushed it away. His face was so thin now that he looked all unlike himself. Even his nose seemed to have become finer, sharper.
Jean got up, steadying herself on the arm of the chair, and took the cup from Jessie.
‘Rab, my dear, you need to take your medicine. It’ll do you some good, ease the pain, if you can only try to swallow it.’
She sat on the edge of the bed, stroked his forehead gently, stroked the dark hair, shot through with grey. Suddenly, she had the strangest feeling, as though this was all unreal, as though there might be some magical place where she could turn back time, make it all different, if only she could get to it, if only she could reach it. There, he would be as she had known him at first: her strong, young lover, her husband, her man.
He woke at the sound of her voice, or perhaps her familiar touch, gazed at her, raised his head and drank a mouthful of the cordial, coughing at the bitter taste of it. He tried to say her name, recognition in his eyes for an instant, reached out his arms to her and then fell back on the bed.
‘Oh Jeany,’ said Jessie Lewars. ‘Oh dear Jeany, I think he’s gone.’
She was right.'

Miller Caldwell said…
He died shortly after taking the waters at the Bow Well. Aged just 37 he even composed a poem about his failings and his God in the poem A Prayer in the Prospect of Death. I recited this at the Burns Statue Square in Dumfries this morning as President of the Dumfries Burns Club. This is the town where the Bard is buried.

A gloriously summer evening at the Brow Well was held where politicians, and the common man and women attended.

A video of these events will be on my facebook page before too long.